Menu
Home » 2020 World Series Odds: Now Is the Time to Bet on the Houston Astros 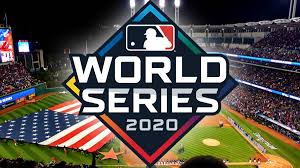 Now that the MLB season has begun, for many fans, all is right in the world. The world is imperfect since fans cannot go to games and because the ever-present threat of the coronavirus looms large over the season. But for now, we still have baseball.

That means we will eventually have another World Series winner, but who? The teams with the best odds should not come as a surprise to anyone (odds via MyBookie.ag):

It may be surprising to see the defending champs, the Washington Nationals, nowhere near the top. But it is because they got off to such a slow start last season. If last year had been a 60-game season, they would not have made the playoffs.

Cincinnati is a team many experts seem to be high on. However, the common thread in the arguments made by them is how much they think all the young guys on the Reds roster will improve. But just because a youngster made significant leaps and strides one year does not mean he will make them the next.

Tampa Bay will be an exciting team to watch, but they will not win it unless they can generate more offense. Atlanta is on the right track, but look for them to be more of a contender next season. Oakland has a lot of potential, but are they good enough to overcome the Astros, Twins, or Yankees to win the AL?

Houston? Maybe, but they are certainly not better than the Twins or Yankees.

The safe bet is going to be on the Yankees or Dodgers. With their lineups and rotations, they could very well meet in the Series this year. Who will win? Split your money and bet on both. However, the smart bet right now is on the Houston Astros or Minnesota Twins.

As the season goes on and the Twins prove they have a potent offense and solid rotation, like last season, their odds will get much shorter. Take them now while their odds are still relatively high.

Regarding the Astros, no one wants them to win because of the cheating scandal. The Justin Verlander injury is enough reason for many to count them out.  But Houston is still good enough to at least finish second, if not win the division. That will be good enough to make the playoffs.

They can afford to lose Verlander for the regular season as long as he comes back for the playoffs. The payout at their current odds is worth the risk he may not return at all.