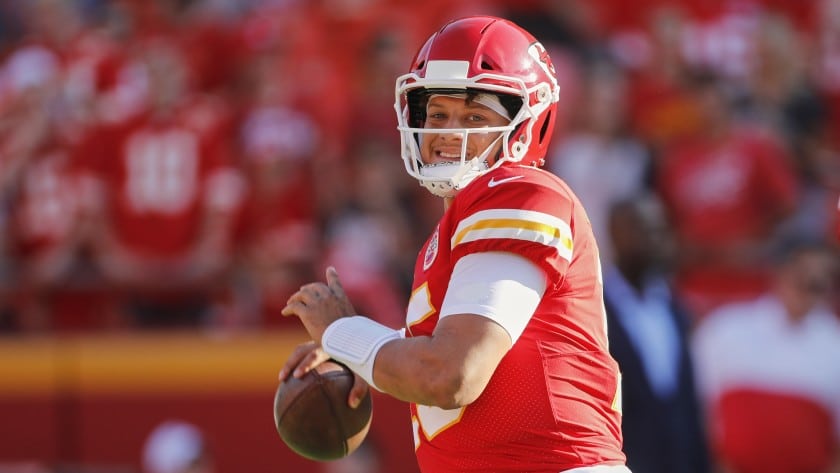 The NFL season cannot get here soon enough this year. People might not mind being stuck at home so much if they had some football to watch. Of course, the better the football, the more likely fans will watch. This year, there appear to be quite a few good teams.

A few have odds for possibly going undefeated this year in the regular season. One of them, or maybe someone else, will be the last man standing (the last undefeated team) at some point during the season. Who will it be?

No one has a great shot. But the team oddsmakers at BetOnline.ag are favoring should not shock anyone:

But those odds only give the Kansas City Chiefs a 17.39 percent chance followed by the Baltimore Ravens with a 16.67 percent chance. Why so low? Probably because the two meet in Week Three this year.

Baltimore has the easiest schedule in the league this year (based on win percentage from last season). But they have to make it past the Chiefs early on. While the final score was close last season (33-28), the Ravens had to make a furious fourth-quarter come back to make it look respectable.

If you believe the Ravens can get it done this year, with their schedule, they could easily go two months before losing a game. The same could be said about the Chiefs unless Houston gets lucky in Week One as they did during the regular season (Week Six) last year.

Pittsburgh has the second easiest schedule, but they face some of their tougher opponents in the first few weeks (Texans, Titans, Eagles). Plus, how much do you want to trust in the health of Ben Roethlisberger and James Conner?

The Cowboys have the third easiest schedule, but they aren’t a great bet with a tough one against the Seahawks in Week Three. Of course, if you think they can beat the Seahawks in Seattle, it’s smooth sailing until Week Eight (@ Eagles).

Seattle has at least three tough games inside the first two months. San Francisco could make it as many as eight weeks. New Orleans could make it to eight in a row as well unless you believe Tom Brady is all the Buccaneers need to dominate.

Minnesota has a tough slate inside their first five. Eight in a row is the most the Packers could hope for, but they probably will not make it.

Kansas City and Baltimore are the safe bets. But if you are open to a little risk, consider the Cowboys and Titans.

If Mike McCarthy can get Dallas on track, the potential is there. If you believe in Ryan Tannehill and Derek Henry, the odds (and payout) make the Titans an intriguing bet.