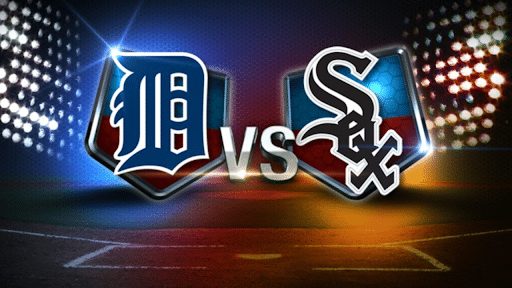 Casual baseball fans are going to look at the list of pitchers for Thursday and wonder who most of these guys are. It is not a night for household names around MLB, as we’ll have a lot of minor leaguers, call-ups, fringe guys, and the like on the bump for June 3.

Our focus will be on the AL Central matchup between the Detroit Tigers and the Chicago White Sox. The White Sox got an impromptu off day on Wednesday because of Mother Nature. The Tigers had a scheduled off day. That means two rested teams at Guaranteed Rate Field for this 8:10 p.m. ET first pitch.

The White Sox are favored in the -200 range at BetUS Sportsbook with a total of 8 for this one in the series opener of this four-game set.

The Tigers lost five of six to open up the month of May, but then started to play a lot better. The offense improved quite a bit and adjustments made to the pitching staff started to take hold. After an abysmal month of April with an 8-19 record and a -58 run differential, the Tigers actually managed a 14-13 month of May with a +3 run differential. They also began June with a 10-7 victory to get off on the right foot there.

The full-season stats for the Tigers still aren’t very good, as April was a horrific month all the way around. Detroit still ranks 26th in wOBA and 30th in fWAR among position players. They are far and away 30th as well, as the Tigers are one of the league’s worst baserunning teams and also one of the league’s worst defensive teams. They are very much deserving of being near last place in the AL Central, even with the good month of May.

The Tigers still don’t hit for much power and also have the league’s highest K% on offense at 28%. This season, like others in recent memory for the Tigers, is all about individual development and about overhauling some of the outdated philosophies. Unfortunately, a lot of the young players that are developing are on the pitching side. Offensively, we’re seeing a lot of dudes just plugged into the lineup to fill out contracts or with hopes of getting a prospect in a trade return at the deadline in July.

The pitching side, though. That’s where the Tigers are the most interesting. That includes Thursday’s starter, Casey Mize. Mize has a 3.28 ERA with a 4.43 FIP. His low strikeout rate and slightly elevated walk rate are not conducive to posting a good FIP, but what Mize has done to keep the ball on the ground and also increase his velocity are two positive trends moving forward. The Tigers have put a high emphasis on ground balls with their young pitchers and Mize is at the forefront with a 51.2% GB%.

Mize has showcased better command all the way around this season with a lower Hard Hit% and a lower Barrel%. He’s also improved as the season has gone on, allowing just six runs over his last six starts. AJ Hinch was the best managerial hire of the offseason and it truly seems like his tutelage and his background are helping the Tigers tremendously right now.

If Mize wants to induce a bunch of ground balls, that is a game that the White Sox don’t mind playing. Chicago has made a living this season offensively hitting ground balls. They’re running a .320 BABIP, the best in baseball, and are right up there with the top teams in wOBA, despite not hitting for a lot of power. Chicago has a 10.6% BB% to go with a lot of base hits, so they’ve had a lot of run-scoring opportunities.

Chicago is sixth in plate appearances with a man in scoring position. They’re also hitting .263 in that split, which is one of the best marks in baseball. Their .341 wOBA ranks fourth. They’ve been able to get more chances to score runs than most teams because of their ability to put balls in play and to get on base as a result. In past seasons, it would look like a rather shaky offensive profile, but it works this year and did last season as well.

The White Sox started a little slow at 14-11, but had a +29 run differential, so it was pretty clear that improvement was coming. That improvement did come with a 19-10 record in May. They’re only 5-7 in one-run games, but have won by five or more runs 12 times already this season. This is an extremely dangerous team with an excellent offense, but also a quality pitching staff to back that up.

The White Sox will get to send Lance Lynn to the mound here after Wednesday’s game in Cleveland was rained out. Lynn has a 1.37 ERA with a 2.86 FIP for the season. He’s struck out 57 and walked only 15 in his 52.2 innings of work. The White Sox are getting exactly what they had hoped to get in Lynn.

There are some negative regression signs in the profile, though. Lynn has a .222 BABIP against, despite a bit of hard contact. His .242 BABIP last season was the best of his career, so we should at least see it regress towards that. He also has an 87.8% LOB%, as opponents only have a .179 wOBA against him with men on base.

Call me crazy, but the Tigers seem like a live dog here. Casey Mize has been locked into a nice groove and Lance Lynn does have some clear regression signs in his profile. This is a big number, as it should be, but the Tigers are a team capable of winning some of those close and low-scoring games. Maybe rather than take the chance at the Tigers winning outright, take a look at the +1.5 line, which is in the -115 to -120 range for Detroit. With a low-scoring expectation and two solid pitchers, runs could be at a premium here.