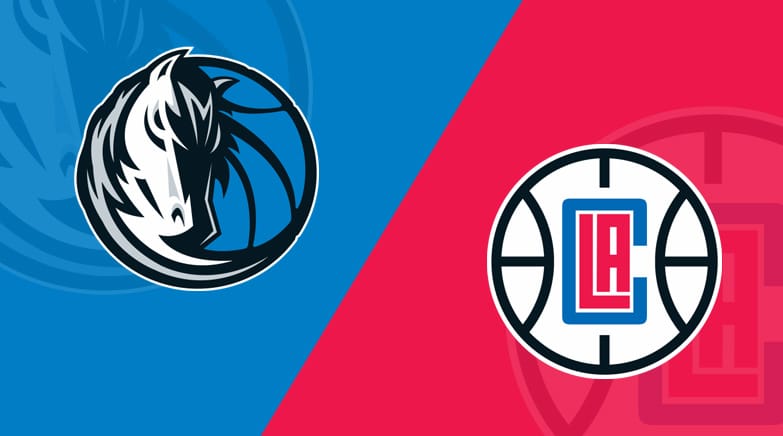 As the series goes back to the Staples Center for Game 5, it is tied at 2-2 and the Clippers seem to once again be deserving of a -7 line in the minds of the oddsmakers. The total sits at 217 at BetOnline Sportsbook.

Have the Clippers gotten back on track? Do the Mavericks have one more big offensive performance in the chamber? Let’s take a look at Wednesday night’s matchup.

The Mavericks are in bad shape. With a chance to put the series just about on ice in Game 3, Dallas faltered in the second half and lost by 10. With a chance at redemption two nights later, the Mavericks lost by 25. The Clippers held a 61-45 lead going into the break and wound up outscoring Dallas in every quarter of the game.

On the plus side, it can’t get any worse for Dallas. They were 5-of-30 from three-point range in the loss, including a disastrous 1-for-7 from Luka Doncic. Perhaps most importantly, Doncic was 0-for-5 at the free throw, where his neck/back injury seems to be the most impactful. When he’s just chucking with his usual rhythm, he seems okay, but the slow-motion approach at the free throw line has been noticeably problematic.

Doncic is now just 13-of-32 from the free throw line in the series. He’s shooting 40.9% from three and 40.6% at the free throw line. He’s scored 133 points and has doubled up the next closest player, Tim Hardaway Jr., but this just doesn’t look like a sustainable trend for the Mavericks if they want to win another game in the series, let alone advance to the second round.

Doncic is clearly hurt. Somebody else has to step up. Kristaps Porzingis had 18 points with one of his most effective games in Game 4, but Hardaway had four points on 1-of-8 shooting. None of the bench guys contributed much. After shooting 50% from three in the two games at Staples Center, the Mavericks are down to 43.2% for the series.

It seems like Dallas is just spinning out of control until the crash and burn happens either in Game 6 or Game 7.

Maybe that is the case with the Mavericks, but seven points is a lot to win by in the NBA Playoffs. It does seem like the Clippers have figured things out on both the offensive and defensive ends of the floor. Kawhi Leonard had 29 points in just 35 minutes in Game 4 and is now shooting 63% from the field in the series. He’s also 28-of-32 at the free throw line and Paul George is 18-of-19. The Clippers have a huge edge at the stripe right now.

We didn’t get a great game from George in Game 4, but the Clippers didn’t need it. Reggie Jackson had his best game of the series and everybody had a chance to contribute with the blowout victory. George was 6-of-16 from the field and had 20 points, but that effort lowered his shooting percentage to 50% for the series.

With Game 5 coming after an extra off day, you’d like to think that Leonard and George, who both missed time during the regular season, will be rested and ready to have big nights. That means it will be up to Dallas’s defense to find a way to keep the game close, at least until they can figure out the offensive end of things again.

One thing that has really stood out is the slow pace of this series. Both teams are taking care of the basketball and nobody has really been able to get out and get buckets in transition. The Clippers are getting to the free throw line a lot more than the Mavericks are and that has been a big advantage in this series, especially with both teams locked into a halfcourt game.

This series is over. Doncic is not healthy enough to be the efficient scorer that the Mavericks need and his Usage Rate is through the roof at 42.1%. The supporting cast is not good enough. Hardaway and Porzingis need to do more, but they haven’t been able to find a lot of clear looks and easy opportunities. Meanwhile, the Clippers have fixed their defensive issues.

It was only a matter of time until Dallas’s three-point shooting regressed. Now that it has, it’s the Clippers in six and probably with a couple of blowouts.

The Tampa Bay Lightning are now on high alert. The New York Islanders were pummeled[…]