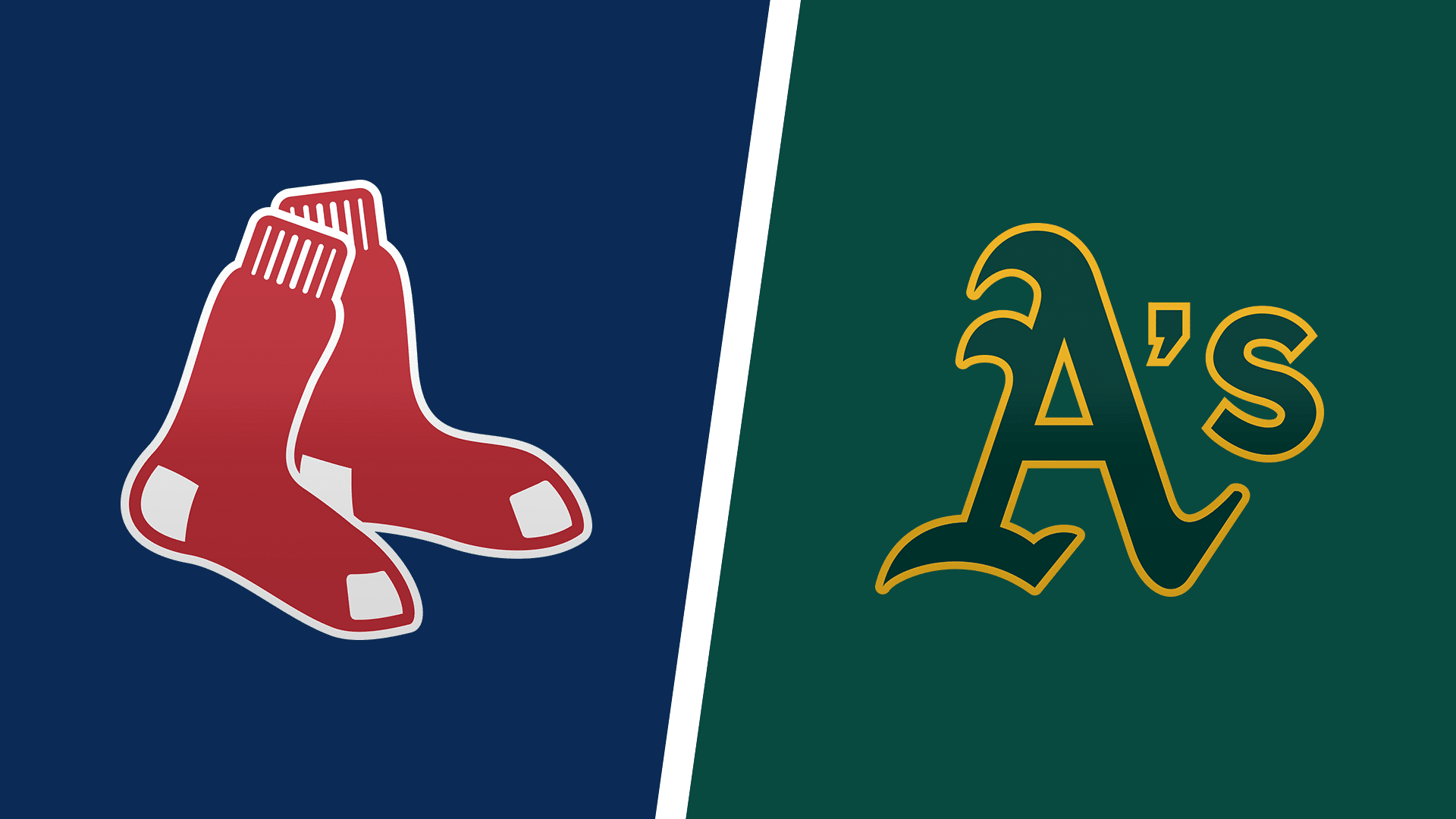 Flying out to Oakland is something that the Boston Red Sox have not had to do since a season-opening road trip to Seattle and Oakland to start the 2019 season. That was back on March 28-April 4, 2019. With the 60-game season and as many regional games as possible last season, teams weren’t racking up the frequent flyer miles the way that they usually did.

The Red Sox did make that long trip out to Oakland now to take on the Athletics. The series will start on Friday night with a 9:40 p.m. ET first pitch at the Coliseum. Oakland is a small favorite with Frankie Montas on the bump and Boston was a small underdog with Eduardo Rodriguez on the hill, but now the line is close to even. The total is listed at 8.5 for this one at BetOnline Sportsbook.

The Boston offense has gotten back on track of late after a little bit of a lull in late May and early June. Boston’s June swoon coincided with a big step up in class to take on some much stronger opponents than the punching bags that allowed Boston to get off to a hot start and lead the AL East.

Even with some bumps in the road and some regression to the mean, the Red Sox still hold the top spot and have spent 56 days in first place so far this season. That was not the way that most people expected things to shake out in the division, but there is still a lot of baseball left with most teams just now passing the halfway point of the schedule.

Boston’s offense entered play on Thursday ranked third in wOBA prior to the series finale against the Royals and before hopping on a plane at Logan Airport to fly out to California. The Red Sox do get a bump from Fenway Park because it is one of the best hitter’s parks in baseball and about the closest park factor to Coors Field, but the Boston offense has performed well on the road also.

Eduardo Rodriguez has not performed well. The Boston left-hander did throw six really good innings last weekend against the Yankees to help the Red Sox complete a sweep of their archrivals, but it has been a tough season for the most part otherwise. Rodriguez has a 5.83 ERA in his 78.2 innings of work, but he also has a 3.58 FIP and shows a lot of positive indicators for improved statistics in the near-term.

Rodriguez has a 62.4% LOB% and a BABIP in the .370s, both of which are significant outliers that should improve as the season progresses. The A’s do have a good lineup, but this will be a decent park factor for Rodriguez, who has fallen victim to shoddy defense, bad luck, and some mistake pitches this season.

Frankie Montas has some of those positive indicators of improvement in his profile as well, albeit to a lesser degree than Rodriguez. Montas goes into this start with a 4.72 ERA and a 4.03 FIP. His LOB% is well below average at 68.4%. Montas has given up 21 of his 51 runs in three of his 16 starts, so he’s pitched really well for the most part, but his blow-ups have been big ones.

Montas has allowed 14 home runs on the season, which is a lot for a guy that throws a splitter was more of a ground ball pitcher earlier on in his career. Seven of the 14 home runs have come with men on base and those are the ones that are the killers for pitchers these days. Solo home runs are one thing, multi-run homers are an altogether different thing and that is especially true for a guy like Montas, who has struggled more with men on base and RISP than with the bases empty.

The Oakland offense sits close to the middle of the pack in wOBA, but does grade better in wRC+ because the park factor of the Coliseum is not a good one for offense. As a result, the A’s get a bit of a bump in that department. Some of their most common road venues are also not the best for offense and that helps as well. When adjusted for park factor and the league scoring environment, the A’s entered play on Thursday at 4% above league average offensively.

One thing that has been different for the A’s this season is that they have not been as good defensively as the teams that we’ve seen in the past. THey’ve been getting better of late, but do basically grade out about average defensively this season. Usually that area of the game is a strength for the A’s.

Two starters with some degree of positive regression to their profiles would generally point towards the under, but offense currently rules the day in MLB and these are two above average offenses. The worry for the Red Sox is about that jet lag and about some fatigue with the time change, but Montas has not had the best command profile this season. Rodriguez seems to be showing signs of coming out of it, and Oakland does rank 17th in wOBA against lefties.

Boston seems to have the higher offensive projection here, so they’re the betting pick for today.