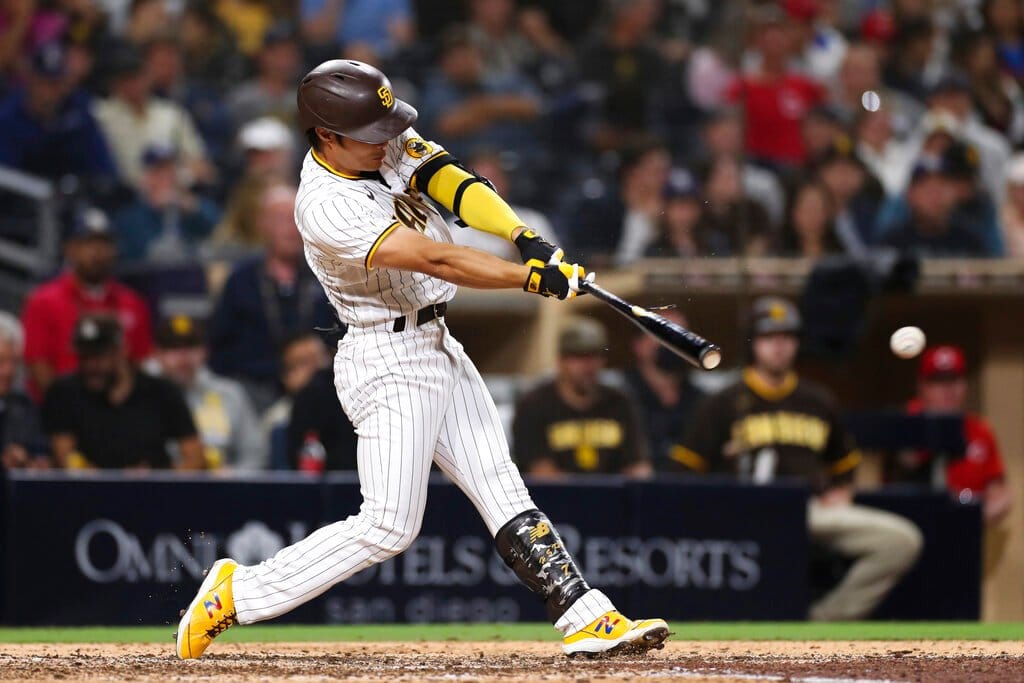 Thursday’s card is heavy on games, but light on good pitching matchups. By the numbers, we have one on Thursday night between the San Diego Padres and the Cincinnati Reds, but there is more than meets the eye about this game. Rain hampered several games on Wednesday night, including this one, but the Padres, who have had an offensive explosion in this series, scored a touchdown and kicked the extra point for a 7-5 win.

With Wednesday’s loss, the Reds have lost eight of 12 and have now fallen back under .500 for the season at 39-40. The Padres are on a bit of a heater, having swept the Dodgers last week and they’ve also played well against the Diamondbacks and the Reds.

Thursday’s game features Ryan Weathers for the Friars and Luis Castillo for the Redlegs and is a spotlight game preview for us to be sure. The Padres are the slight -110 favorites at BetUS Sportsbook with a total of 9.

The Padres could really be a lot better than they are, which is usually hard to say about a team that is 49-33 on the season. San Diego has made a lot of quality contact and hasn’t had a lot to show for it, so some better fortunes in the batted ball department would certainly yield more runs and more offense. If that becomes the case, the Padres, armed with an excellent pitching staff, are going to be even more dangerous over the last three months of the season.

It does seem like that positive regression has taken hold. By swinging the bats well of late, the Padres are now up over 100 in the wRC+ department, so they are officially better than a league average offense. They’ve also been climbing up the wOBA ranks and continue to play solid defense to move up the fWAR charts as well.

The bullpen has been a strength for this team all season long and it is especially impressive because some of the depth starters that were thought to be bullpen reinforcements were either traded this past offseason or are hurt. One of them, Dinelson Lamet, is now back on the IL, paving the way for Ryan Weathers to be recalled.

Weathers is backed by a solid defense, but these do appear to be some unsustainable numbers. His FIP sits at 4.24, so that is one indicator, as well as the high LOB%. He also has a Hard Hit% of 43.4%, which is a stat that describes contact quality against, as a “Hard Hit” ball has an exit velocity of at least 95 mph.

The Reds offense entered play on Wednesday ranked in the top five in wOBA. A big reason why is because this has been one of the best home offenses in baseball. Only the Toronto Blue Jays, who were fortunate to play at TD Ballpark in Dunedin, FL for the first two months of the season grade higher. Of course, the Jays have continued to rake in their adopted home of Sahlen Field in Buffalo, but that does put Cincinnati in high company.

Cincinnati also plays in a really good home park for hitting, as Great American Ball Park regularly ranks as one of the best stadiums for hitting home runs and that is especially true of the summer months. It seems like the Reds have attempted to optimize their friendly digs for the lineup, as guys like Nick Castellanos and Jesse Winker are having career years and there are other big sources as well.

Unfortunately, as good as the offense has been, the Reds have been a middling team in the subpar NL Central this season. It takes more than just runs to win ballgames. You need to prevent runs as well. The Reds have not done a lot of that, especially in the later innings with one of the worst bullpens in the league.

Luis Castillo has a 5.14 ERA and a 4.03 FIP on the season, so unlike Weathers, we are seeing some positive regression indicators for the Reds starter. Castillo has a 61.5% LOB%, so he has been very unlucky on the sequencing front, as he hasn’t been able to escape enough situations with men on base.

Castillo really took a huge leap forward in June. He had a 1.71 ERA with a .231 wOBA against. All of the sudden, Castillo had an 81.7% LOB% after two months well below 60%. He improved his walk rate and his fortunes on batted balls got a lot better. Castillo was way too talented to keep pitching the way that he was and it seems as though adjustments have been made and the universe has been corrected.

The Padres have gotten a lot of really good work from Ryan Weathers this season, but it is clear to see that there are some obvious areas of regression here. Luis Castillo has found his stride and had a huge month of June. He gets to pitch with some confidence in this outing, as he tries to keep the Padres at bay. We’ll sacrifice a little bit of the full-game price to play the 1st 5, but the Reds bullpen is at a big disadvantage to the San Diego pen, so that’s what we’ll do.