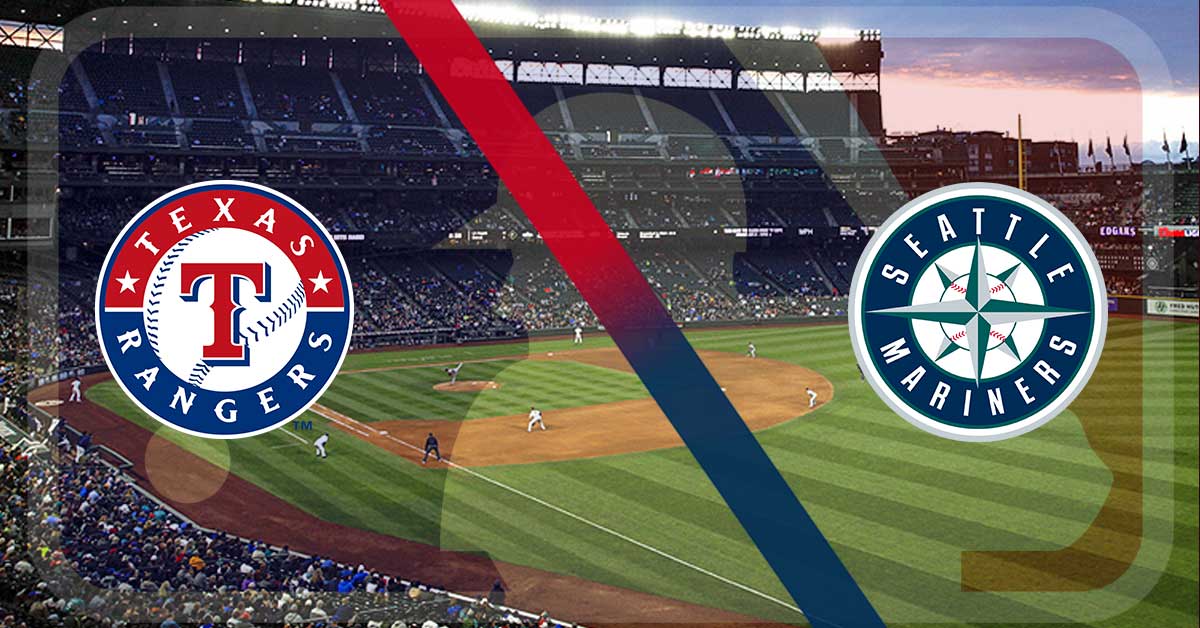 The Seattle Mariners are a rather polarizing team around Major League Baseball this season. Analysts that use the advanced metrics look at this team and simply cannot believe how the Mariners have a winning record and a puncher’s chance at the postseason. Old-school baseball fans will talk about how Seattle does the little things well and that the record speaks for itself about the tenacity of the team.

Bettors have spoken pretty loudly on today’s game, as the Mariners are in a favorite role against the Rangers. It will be Jordan Lyles and Marco Gonzales here and the line has jumped up about 15 cents at BetUS Sportsbook into the -140 range with a total of 8.5.

Let’s see what the line move is all about and if it is the right side.

The Texas Rangers are having a rough season. Texas fell 5-4 yesterday with staff ace Kyle Gibson on the mound to drop to 32-50 on the season. The Rangers had actually been playing better of late as winners of seven of their last 10 before Friday’s loss, but nobody will mistake this team for turning a corner based on that little stretch.

Joey Gallo has really gotten it going lately offensively, but the Rangers still rank 23rd in wOBA for the season. Gallo has been on the kind of tear that allows a team to string together some wins, but there haven’t been a lot of guys that have followed him for the ride. Outside of Adolis Garcia, there just isn’t a lot to get excited about with this lineup.

By wRC+, the Rangers have just three regulars over 100, which is considered league average in that metric. Gallo, Garcia, and Nate Lowe, who has hit 12 home runs and has a high walk rate. It is a team that really does struggle to score runs, both at home and on the road.

The unfortunate thing for the Rangers is that a lot of their starting pitchers need a lot of run support, too. One of them is Jordan Lyles. The right-hander has an ERA and a FIP north of 5 on the season and has allowed 16 home runs in 84.1 innings of work on the season. He had a 3.81 ERA over 28.1 innings in June, but his wOBA against of .351 was on par with the rest of the season, so it was more about luck and variance than anything else.

The Mariners just keep finding ways to win games. They won yet another one-run game on Friday and their performance in those close games has made all of the difference. A big reason why statheads don’t like Seattle is that the Mariners have a winning record at 44-39 with a negative run differential. They are now 19-7 in one-run games, which is the best winning percentage in those games of any team in the league.

Alternate standings metrics like BaseRuns, 3rd Order Win%, and even the most basic one of Pythagorean Win-Loss all have the Mariners much worse than their actual record. We’re not even talking about being outscored by maybe five or 10 runs on the season. We’re talking about a team that is -41 in run differential.

The Mariners don’t really generate a whole lot of offense, especially at home. For the full season, Seattle ranks 27th in wOBA. The M’s have also been at or near the bottom of the league in the Home split all year long, as T-Mobile Park is just terrible for offense. What could work out in Seattle’s favor here, though, is an offensive philosophy predicated on hitting fly balls, which does create some home run chances.

Along with the record in one-run games, the Mariners are also one of the best lineups in performance with runners in scoring position on the season. That seems unlikely to continue, but many in the stats community have been saying that for a while and it hasn’t changed yet.

Marco Gonzales has been limited to nine starts due to injury. He returned from the IL on June 1 and allowed 10 runs on 20 hits in 19.1 innings before missing a couple more weeks. He was just reinstated from the paternity list, so he has had a lot going on this season.

That is a pretty sizable line move on Gonzales with a pretty marginal set of numbers and another extended layoff. The Rangers have plenty of issues, but the Mariners are also really overachieving and have been for a while. At this point, the only feasible play is to take the underdog here with a price that looks too inflated now.