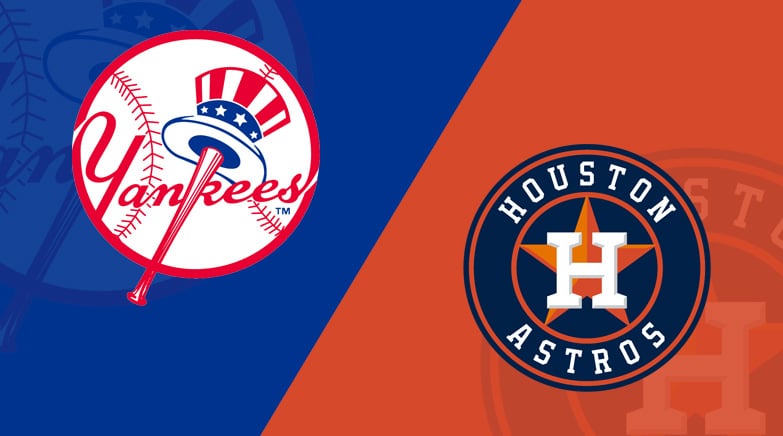 It wasn’t that long ago that we’d look at a matchup between the Houston Astros and New York Yankees and immediately refer to it as an ALCS preview. That could be the case this season, but the ‘Stros and Yanks are teams that have gotten off to rocky starts this season for a variety of different reasons.

We’ll see who draws first blood in the Rumble in the Bronx midweek series between these two squads. Zack Greinke goes for the Astros and Domingo German goes for the Yankees, who are slightly favored per the boys and girls at Bovada US Sportsbook with a total of 8.5 on the May 4 matchup.

The Astros, like their Tuesday night opponents, enjoyed a Monday travel day from Houston Texas in preparation for this series. The Astros entered play on Monday as the only team in the AL West with a positive run differential, but found themselves 1.5 games back of the A’s, a team that Houston swept in lopsided fashion to open the season. A team that ripped off 13 straight wins to get back on track.

In this depressed offensive environment, the Astros offense is still getting it done, just not to the same degree that we would typically expect. Houston is just barely inside the top 10 in wOBA, but when you go to wRC+ and adjust for the park factors that the Astros have dealt with this season, that brings up to the top five. This is the only team in baseball with a K% under 20% and that has certainly helped on the batting average and on-base percentage sides of the coin.

Houston’s lack of quality contact has hurt in the power department, though. Entering play on Monday, Houston ranked 21st in Hard Hit%, which is percentage of batted balls hit at least 95 mph, and 23rd in average exit velocity. The real claim to fame for this Houston offense is that low strikeout rate. Everything else is open to some interpretation.

Savvy veteran Zack Greinke rides into this start with a 3.44 ERA and a 3.98 FIP in his first six starts of the season. The 37-year-old has worked 36.2 innings with his usual pristine control, but with a distinct lack of strikeouts and swings and misses. Greinke’s SwStr% is 8.9%, which would be the first time since 2012 that Greinke has been below 10% in that department if it continues.

Greinke isn’t getting swings and misses in the zone. His Z-Contact% is 92.5%, more than 6% higher than his career average and more than 7% higher relative to last season’s mark. On the plus side, while the strikeouts aren’t there, Greinke has only allowed an average exit velocity of 85.1 mph and a Hard Hit% of 29.2%. Those are two really important numbers against a Yankees team that has made a ton of hard contact with the third-highest Hard Hit% in baseball.

The Houston bullpen has been a little below average this season. The Astros relievers collectively rank 17th in FIP at 4.17, but do have a 3.88 ERA. A heightened HR/FB% has been the major culprit, but this is a group that has also used several different arms already early in the process.

Domingo German is four starts into his return. The Yankees right-hander was suspended for the entire 2020 season for a domestic violence incident. He’s worked 20 innings this season with a 4.05 ERA and a 4.41 FIP. German has struck out 19 and walked only four, but has allowed four home runs thus far. He allowed two in each of his first two starts, but has pitched well against Cleveland and Baltimore in his last two outings.

German, like so many other Yankees, has been throwing the changeup more this season. Changeups generally neutralize the platoon split, something German has had issues with in the past. Lefties own a .471 SLG and a .331 wOBA against him in 597 plate appearances, while righties have a .409 SLG and a .297 wOBA. Lefties have had more success, but increased changeup usage should be an equalizer for this season. The sample size is extremely small, but righties are indeed swinging it better than lefties. We’ll see if that continues.

Houston ranks in the middle of the pack against changeups in the early going by the FanGraphs run values by pitch type. They are faring well with fastballs and not as well with curveballs, so we could see an optimized plan of attack from German, whose fastball usage is already down. Similarly, the Yankees bullpen ranks second in FIP this season and first in ERA, so that group is a force to be reckoned with.

Offensively, the Yankees are fourth in average exit velocity and third in Hard Hit%, but have had no batted ball luck to this point with a .258 BABIP that has led to a .221 batting average. New York’s high walk rate shouldn’t be a factor with Greinke on the mound, but their ability to put balls in play and do so violently could have a big impact.

The Yankees also haven’t struck out much this season. They’re one of the biggest positive regression candidates in the league right now, They’re a league average offense with runners in scoring position, but their 225 plate appearances in that split rank down towards the bottom of the league. More chances are coming.

In breaking this one down, I like the Yankees in this matchup. I’m not a big believer in Domingo German, but the Yankees have the superior bullpen and this is an offense just waiting to hit its stride. Zack Greinke is a tough matchup with his ability to command the baseball and limit hard contact, but he’s also allowing a lot of contact and that’s what concerns me the most.