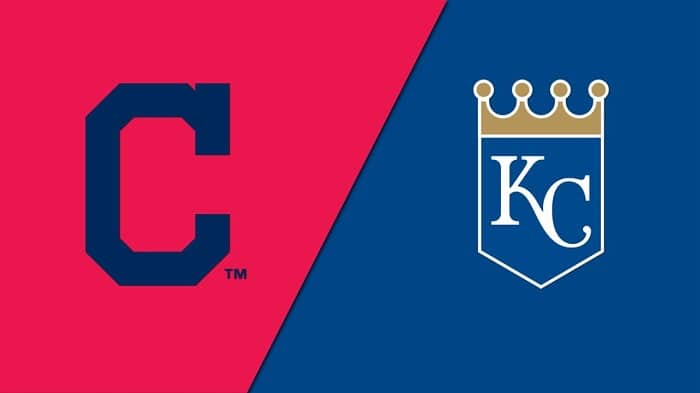 The Regression Monster has been lurking for the Kansas City Royals, who were a surprise first-place team in the AL Central as the month of May began. The Cleveland Indians seem to be the benefactor, as they’ve won the first two games of this series and will look to guarantee a series victory on Wednesday.

Cleveland will have the right man for the job in Shane Bieber on the mound. The Royals will counter with Brady Singer, who left his last start after taking a line drive off of his heel. With X-rays negative and the pain subsided, Singer will take his regular turn in the rotation. He’ll do so as a sizable underdog in the +145 range at BetUS Sportsbook, as the reigning Cy Young Award winner and his teammates are priced around -160. The total on the game sits at 7.

The first two games in this series have both gone over the posted total, as the Cleveland offense has erupted for 15 runs in two games. After struggling through five innings against Mike Minor, the Indians scored three in the sixth and then scored four in the seventh off of Josh Staumont and Tyler Zuber to come away with a 7-3 win. It’s nice to see the Indians bats alive and well. They had some bad offensive luck in the early part of the season with some decent quality, but nothing to show for it.

There are still plenty of holes in the Cleveland lineup and guys like Cesar Hernandez and Jordan Luplow have gotten off to really slow starts as the table-setters against lefties. Fortunately, Jose Ramirez and Franmil Reyes have been carrying the load. Ramirez is now slashing .277/.370/.574 after a 1-for-5 night on Wednesday. Reyes is hitting .290/.337/.624 after a couple of walks in five trips to the plate.

Harold Ramirez has provided a nice spark in the first two games of this series, though his outfield adventures have been another reminder about the Indians defense and how shaky the outfielders have been. The Indians are doing what they can to climb out of the bottom five offensively, a spot that they know all too well from having been there last season.

Fortunately for Cleveland, it doesn’t take a lot of run support to give Shane Bieber a good chance. Bieber has allowed 13 runs on 28 hits in his 42.1 innings of work this season. The stud right-hander has 68 strikeouts against 14 walks in his six starts. He walked seven of those 14 batters in his first two starts, so he’s looked more like himself in that regard lately.

Bieber already has five double-digit strikeout games and has gone at least six innings in every start. Bieber has struck out at least eight batters in 18 straight games. He had 12 punchouts over 6.1 innings in his first start against the Royals back on April 7. Kansas City actually entered play on Tuesday with the third-lowest K% in baseball, so we’ll see if Bieber can keep the streak in tact.

What was nice for the Indians on Wednesday is that they won a game without using James Karinchak, Emmanuel Clase, or Bryan Shaw. Winning games is great, but it does come at the expense of your highest-leverage relievers. For those guys to get a blow was huge, as the Indians used five pitchers outside of those guys to secure Tuesday’s victory.

Whether or not the Royals make the playoffs or stay competitive this season, it was great to see that Brady Singer was going to be fine after that comebacker got him in the foot. Singer’s development is a huge part of what the Royals are planning for the future and every start is an important one this season. So far, he’s pitched really well, with 26 strikeouts in 23.1 innings of work. The K% increase is a big positive, as he’s posted a 3.09 ERA with a 3.41 FIP over five starts.

Singer has also improved from a command standpoint. He’s only allowed two barreled balls this season to date and has lowered his Hard Hit% from 40.1% to 35.5%. Not much has changed with his pitch usage, so we’ll see if these improvements stick around, especially with a very mild decrease in his swinging strike rate from 9.5% to 9.2%.

There are several Royals off to nice offensive starts. One of them is Whit Merrifield, who blasted a two-run homer in Monday’s game and stole a couple bases on Tuesday. It is good to see Merrifield off and running again with eight steals already on the year. Carlos Santana seems to like being in Kansas City, as he is off to one of the best starts of his career. He did go 0-for-5 in Tuesday’s game to drop the batting average down to .265.

The Royals were a regression team because their pitching staff had overachieved, due in large part to what is one of the best defensive teams in baseball. Kansas City had the biggest wOBA-xwOBA gap in the league coming into May, which is a metric that indicates the opposition’s contact quality. The Royals had allowed the second-highest Hard Hit% as a team and the second-highest average exit velocity in the league going into Tuesday’s game and the Indians put some more hard-hit balls in play.

We’re seeing some of that regression show up right now and Kansas City is fading fast in the AL Central. What is most concerning for me is that the Royals bullpen has really fallen off in a big way. This was one of the top units in baseball last season as a team that protected a ton of leads, but they entered play on Tuesday with an ERA over 5 and didn’t improve upon that number in the late innings.

The Indians should continue their winning ways here. If this is a close game, as the low total of 7 suggests it could be, the Royals are likely to see Bieber for 6-7 innings and then some combination of Emmanuel Clase and James Karinchak, who have combined to strike out 41 of the 101 batters that they have faced and have allowed just one earned run over 26.1 combined innings.