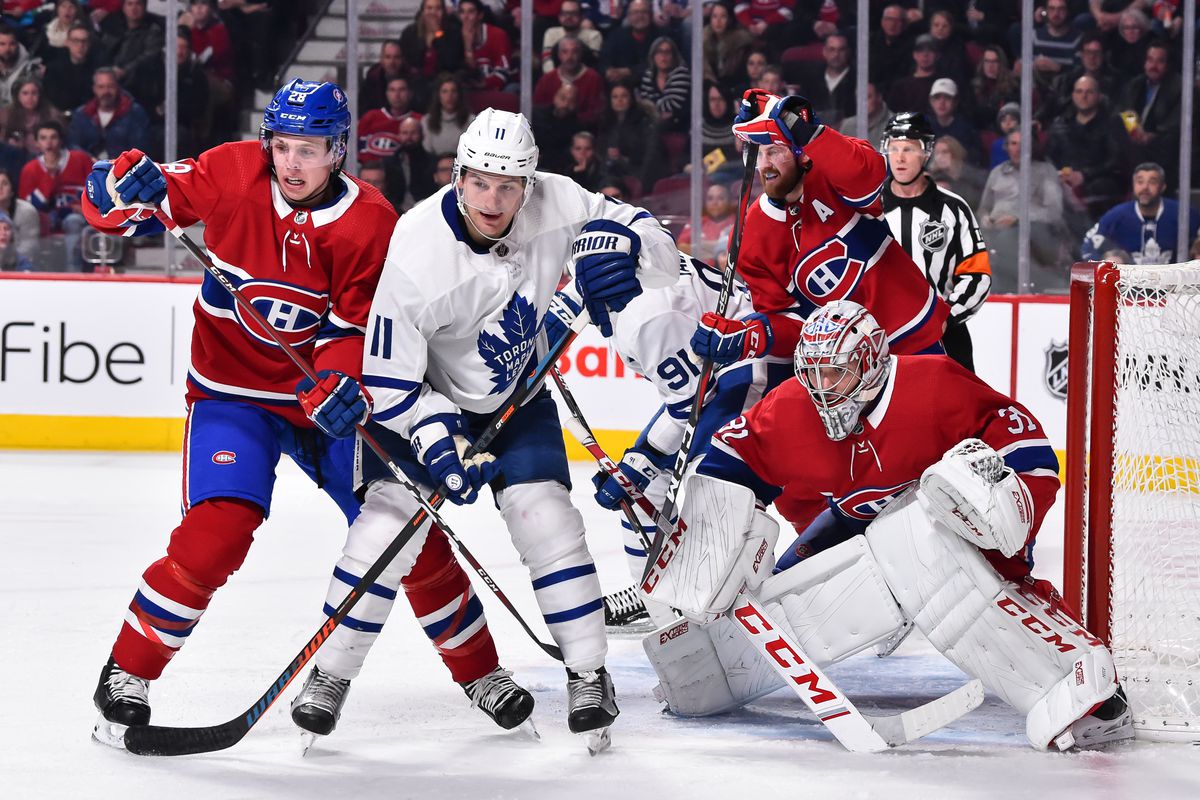 Big prices are the story on the betting board in the NHL for Thursday May 6. A lot of hefty odds are out there, as each team is a -200 or higher favorite with the six games slated for the evening. Most of the games don’t matter a ton either. Each game features a playoff team against a team that has been eliminated or more or less eliminated except for one.

That one game is the Montreal Canadiens vs. Toronto Maple Leafs. Toronto is a -220 favorite per the odds at Bookmaker Sportsbook with a total of 5.5 and over juice. The Canadiens are going to be one of the four playoff teams in the North Division, but Wednesday’s loss to Ottawa was a big setback in terms of seeding.

There is a very good chance that the Habs and Leafs will meet in the first round of the playoffs. Let’s break this one down and see if we can find a bet.

Will this game mark the return of Carey Price to the lineup for the Canadiens? Price has not played since April 19 with concussion symptoms. He was on the ice for a skatearound on Wednesday, but his status remains in question for Thursday. He could return on Saturday against Toronto when the two teams meet again.

Jake Allen allowed five goals on 34 shots in the losing effort on Wednesday. Montreal played a bad game, particularly in the last two periods. Overall, Ottawa had 13 high-danger chances to just five for Montreal at 5-v-5. Montreal had 31 shots, but few were high-percentage looks. The Canadiens are 5-4 without Price and Allen has started seven of those games. He is 11-10-4 on the season with a 2.55 GAA and a .910 SV%.

Just as an aside for those in the player props market, take a look at players that are close to certain benchmarks or round numbers on points, goals, wins, etc. Take Tyler Toffoli, for example. He has three goals in his last four games and needs two more to get to 30 for the season. Josh Anderson needs three goals for 20, but hasn’t scored in eight straight and 11 of 12. Even if the wins aren’t coming, players will vie for those round numbers for free agency or their own satisfaction, so that can be an alternate way of betting games at top sportsbooks at this point in time.

Toronto has won five of the first eight meetings in this season series, which will wrap up on Saturday. The Maple Leafs did lose the most recent game, which actually happened in Monday, when Montreal won 3-2 in overtime. Toronto still has to push forward to win the North Division, as Edmonton’s recent winning streak has closed the gap to four points. The Oilers also have a game in hand.

Toronto’s 174 goals are the most in the division, a division that includes all-world player Connor McDavid and the 91 goals that he has been a part of in some way this season. Toronto has its own goal-scoring stud in Auston Matthews, who needs one goal to get to 40 in this shortened season. He has 39 goals in just 48 games, a lot of them set up by Mitchell Marner, who leads the team with 64 points, one most than Matthews.

The friendly competition at the top has pushed both guys to be better. Ironically, Matthews has 10 power play goals and Marner has zero, though he does have 14 assists on the man advantage. The Leafs have to score a lot of goals because they remain suspect in the defensive zone. They’ve been fortunate to play a pretty weak slate of opponents in the North Division throughout the season.

Lately, Toronto has been Team Streak. They won six in a row from March 31 to April 10 and then lost five in a row from April 12 to April 20. A five-game winning streak was snapped on Monday in that loss to Montreal. Because that is the last time Toronto played, the Leafs have a big rest advantage in this game.

It also means that we’ll see a rested Jack Campbell. Campbell has been outstanding this season with a 15-2-2 record, a 2.11 GAA, and a .925 SV%. Imagine a US-born kid leading the Toronto team in an all-Canadian division to the Final Four of the NHL Playoffs. That’s the scenario that we’re looking at right now, as Campbell has been excellent.

We’re either getting Jake Allen in a back-to-back, a rusty Carey Price off the shelf, or third-string goaltender Cayden Primeau, who has played two games in his young career. Everything points to Toronto here, from the spot and situation, to the simple fact that the Maple Leafs are the better team with revenge on the brain and a push for the top spot in the North Division to maintain.