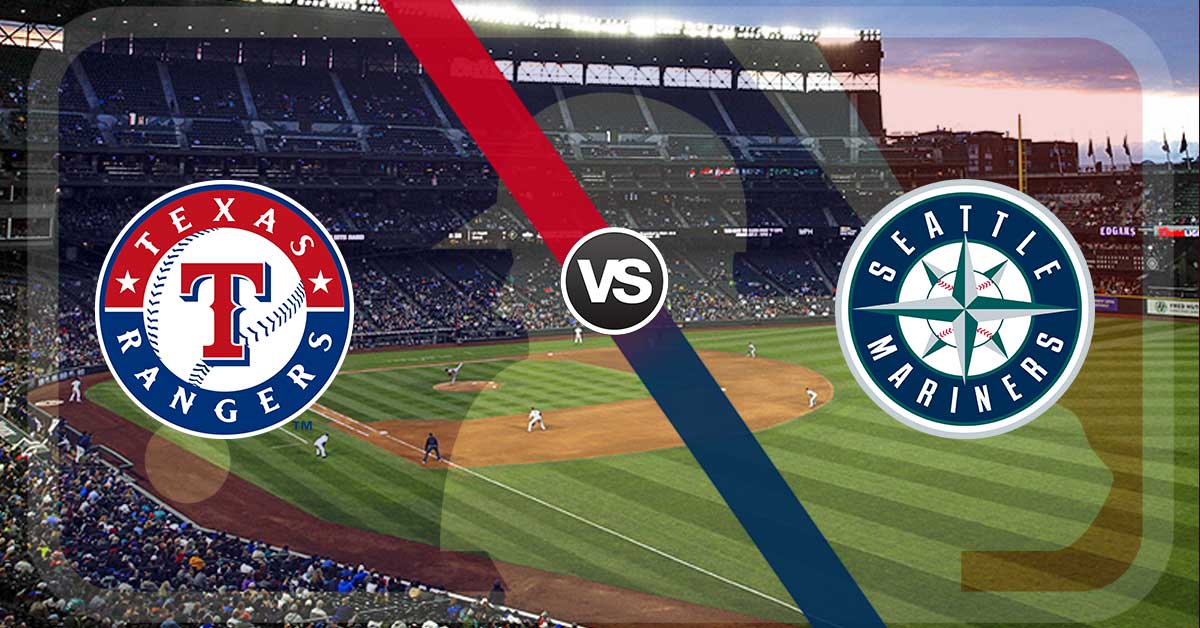 The Texas Rangers and the Seattle Mariners aren’t exactly grabbing a lot of headlines this season, but they’ll come together for the spotlight game preview here for a very busy day around baseball on May 29. We’ve got two doubleheaders as a result of Friday postponements for a total of 17 games scheduled for the Saturday on the holiday weekend.

The Rangers and Mariners play in the latest game of the evening up at T-Mobile Park with Seattle as the very small favorite at BetUS Sportsbook with a total on the game of 8.5. The line is implying a toss-up here, but there seems to be a good side to bet for this AL West showdown between Mike Foltynewicz and Justin Dunn.

The Rangers fell by a 3-2 count to the Mariners on Friday and have now lost four in a row after last weekend’s sweep of the Houston Astros. The Rangers had lost nine of 10 prior to that sweep of the ‘Stros, which was payback for Houston’s four-game sweep the week before.

The Rangers are now down to 22-31 on the season and occupy the basement in the AL West. The Texas offense actually hasn’t been that bad this season. The Rangers have a 95 wRC+, which is park-adjusted to take under consideration how bad of a ballpark Globe Life Field is for hitting. Texas had hit 62 home runs, which is a strong number for a team that doesn’t really have a lot to build around on offense.

Oddly enough, the Texas Rangers are even a top-10 offense in wOBA with men in scoring position, so they’ve cashed in a high number of their chances to score runs. Why is this team so far under .500 and playing so poorly lately? Well, the Rangers were one of the best offenses with RISP over the first few weeks of the season, but have been going in the wrong direction of late.

Another reason is because Texas ranks 23rd in fWAR as a pitching staff. This group probably should be a bit better with a 4.50 ERA and a 4.21 FIP, but the Rangers don’t strike guys out. They have the sixth-lowest K% in baseball and you know how important strikeouts are in the current version of MLB.

Mike Foltynewicz gets the call tonight for the Rangers. He’s one of the guys with a low strikeout rate at 17.9%. Folty has done really well to limit walks this season with a 6.4% BB%, but his command has been quite poor. He has a 4.53 ERA but a 5.09 FIP with 11 home runs allowed in 55.2 innings. Nearly 46% of his batted balls have been hit 95+ mph. The thing that stands out the most about his profile is that he’s pitched the majority of his innings at home and still has those numbers.

Globe Life Field is one of the better pitcher’s parks in baseball. Foltynewicz has thrown 44.2 innings at home and just 11 innings on the road. He’s on the road here, but in a similarly bad offensive park.

The Mariners are lucky to be a 25-27 team. They have the worst home offense in baseball, the second-lowest K% as a pitching staff, and just an overall lack of talent on the roster. However, Seattle, yes, those Mariners, ranks third in wOBA with men in scoring position. That is in spite of the highest K% in baseball with RISP. It has been a weird year for this team, but they keep finding ways to win games.

Having a top-10 bullpen has been a big part of the equation and an unexpected one at that. Seattle has a 3.84 ERA and a 3.71 FIP as a bullpen and so they’ve been able to close out most of the games that the have led. As a team expected to finish with a losing record that doesn’t really have a ton of talent, winning games when you have leads is critically important.

Seattle made a 3-0 lead stand up, albeit barely, on Friday night to put another one in the win column. It helps that the team has gotten a spark from Jarred Kelenic and the return of Mitch Haniger, who missed all of last season with injury. The starting staff has actually been decent, all things considered, especially in the absence of Marco Gonzales, who will make his return from the IL on Tuesday.

Justin Dunn is one of those guys that has pitched well to a degree. He has a 3.40 ERA, but it does come with a 4.93 FIP, so he is something of a negative regression candidate with a .198 BABIP against and an 82.2% LOB%. Dunn is a tough guy to hit. He’s increased his curveball usage this season and does have a really good one. Even last season in 45.2 innings, Dunn allowed just a .179 BABIP. He’s throwing harder this season and using that curveball a lot more.

Dunn’s biggest issue is a high walk rate, but it hasn’t come back to hurt him yet and the Rangers do not walk a whole lot. Dunn doesn’t get a lot of called strikes, as hitters put balls in play or he misses the strike zone, but he has improved at getting more swings, as well as more swings and misses, outside the zone.

Even though the stats don’t necessarily align as well here as they would for other games, the Mariners are the play. Dunn’s high walk rate will catch up to him, though likely on the road. Foltynewicz has a big home run problem and is a fly ball pitcher taking on a Mariners lineup that actively tries to hit the ball in the air and drive it for power. While that is a hard recipe for success at T-Mobile Park, it seems to make a lot of sense as an approach against a guy like Foltynewicz.