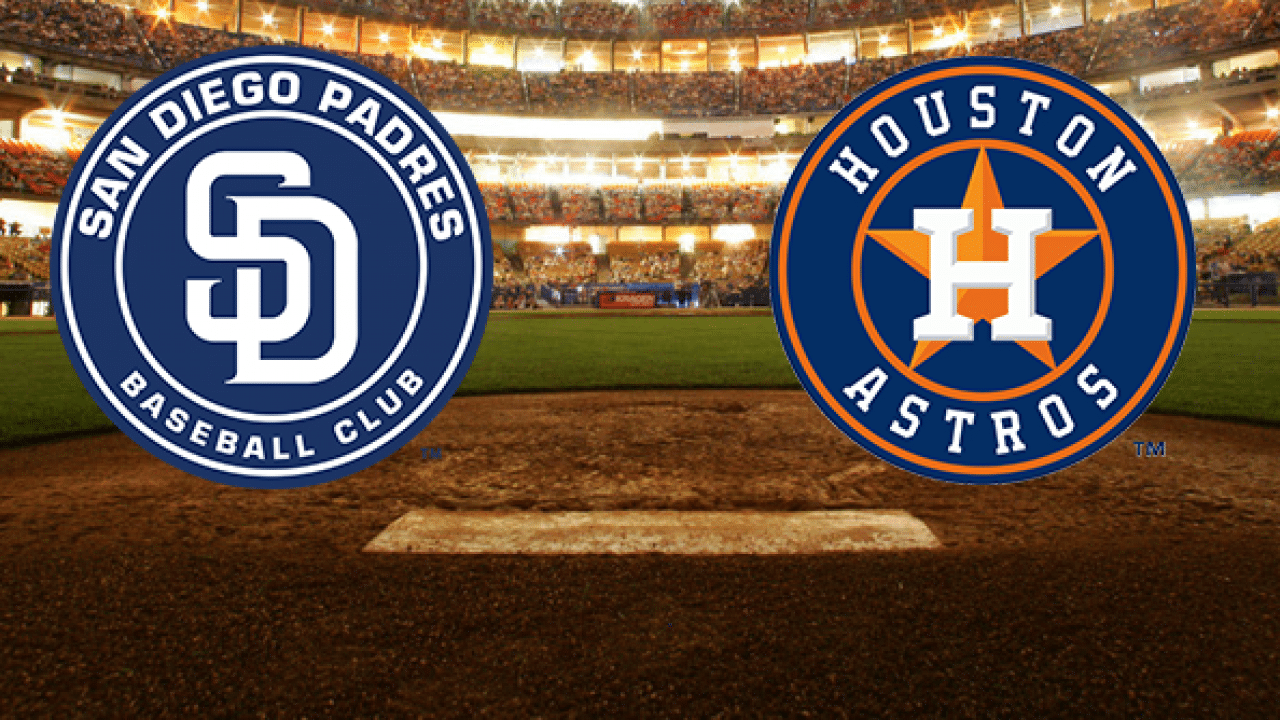 It seems like there is only one choice for a game to preview for Friday night, but what’s the fun in making the obvious choice? Yes, the Giants and Dodgers play again this week, but how about taking a look at the other big series this weekend? The San Diego Padres visit the Houston Astros in what should be a really interesting opening game for the series.

We’ll see Dinelson Lamet and Framber Valdez in the opening game at Minute Maid Park, which is a fascinating pitching matchup on a lot of different levels. The game is lined closely in Valdez’s first MLB start of the season with a -110 price both ways at Bookmaker Sportsbook and a total of 8.5

The Padres suffered a tough, and potentially costly, setback on Thursday afternoon against the Milwaukee Brewers. Ryan Weathers only made it through four innings, so the Padres were forced to use five different relievers to try and close out the game. It didn’t work, as Craig Stammen allowed three runs in his lone inning of work to blow a 3-2 lead in the seventh. San Diego tied the game in the eighth, but then lost in the 10th on Jackie Bradley Jr.’s game-winning hit.

Winning and playing close games takes a toll. The Padres have done a lot of both lately. They also got bad news about Drew Pomeranz, who remains sidelined and had a setback. The Padres used four relievers on Wednesday and used the four that didn’t pitch then on Thursday. That means their bullpen is a little uneasy going into this series against the Astros.

That is particularly important for Friday’s game because Dinelson Lamet threw 41 pitches last Saturday in his longest appearance of the season. Lamet didn’t start the year until April 21 and then had another setback that put him back on the IL. He’s pitched five times this season and has only allowed three runs on 10 hits in 11 innings with a 12/4 K/BB ratio, but he isn’t giving the Padres length in this game. He faced 11 batters in that relief outing against the Mariners six days ago.

The Padres offense, which had been weighed down by a lot of bad luck on high-velocity contact until recently, has been about an average offense this month. Teams around the league are all swinging it better than they did in April, so San Diego’s offensive resurgence hasn’t been as prominent as it could have been otherwise, but the Padres have been about a top-five offense over the last two weeks.

The Astros have been a good offense pretty much all season long. Their performance at Minute Maid Park has been really special. The Juice Box down in Houston plays differently based on whether or not the roof is open. Because the sweltering summer heat has not yet fully set in, and with some different roof protocols in the interest of public health, the Astros have been able to play a lot more often with open air.

Going into Thursday’s off day, Houston ranked second in batting average, fourth in wOBA, and seventh in SLG at home. One of the best attributes of the Astros offense is that the team barely strikes out compared to the league average. The Astros have only struck out in 17% of their plate appearances at home and easily tops in the league at 17.8% for the season. No other team has struck out less than 21.4% of the time.

That team, coincidentally, is the San Diego Padres. That means that Framber Valdez will draw a tough assignment in his MLB return. Valdez has worked seven innings at Triple-A and has allowed five runs on nine hits, but four of the runs were unearned. He struck out five and walked two. Valdez suffered a fractured finger in Spring Training and opted not to have surgery, which wound up being the right move with a quick return.

That leaves us with a tricky handicap here. These are two good offenses and two good starting pitchers, but the Padres have the better bullpen and the bulk of the outs in this game will come from the respective bullpens. That being said, I like the Astros in this one. The Padres have really padded their numbers lately against bad teams. They haven’t stepped up in class a lot, but are doing so here and Houston’s offense and all the contact that they make will neutralize a lot of what the Padres pitching staff does well.

It’ll be Houston in the tone-setting game for this weekend set.