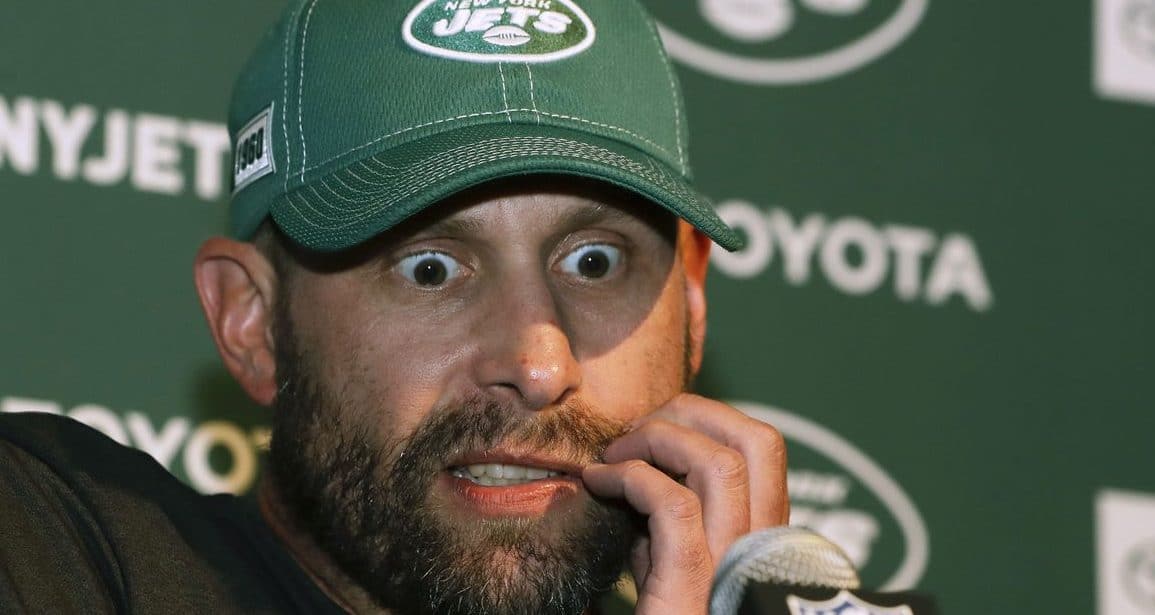 It is not unusual for head coaches to get fired during the season. It does not happen often, but it has occurred from time to time—usually towards the end of the year. But this season, it has not happened once but twice inside the first five weeks.

The Texans ditched Bill O’Brien after Week Four, and the Falcons got rid of Dan Quinn, which leads to an obvious question—who is next? The next firing could come later in the season, after the season, or next week. Most fans will likely agree with who BetOnline.ag has tabbed as the favorite:

It is not hard to make a case for Jets head coach Adam Gase. His team is winless, his starting quarterback is regressing in his third season, his offense has scored the least in the NFL (75 points), and his defense has allowed the second-most (161 points). That means they also have the worst point differential in the league (-86).

Factor in the apparent lack of respect the players have for the coaching staff, according to media reports, and Gase acting oblivious to the team’s issues, and it is almost shocking he hasn’t been fired yet.

To be fair, teams typically give coaches at least two seasons to get the team on track, and Gase is in the midst of Year Two. But if the team does not improve fast, his termination will go from being an ‘if’ to a ‘when.’

Matt Patricia’s situation in Detroit is not nearly as dire as Gase’s in New York. He is in Year Three, though, and the team has not improved during his tenure. Getting off to a 1-3 start this year does not help.

However, they were competitive in two of their three losses. Should they remain competitive, Patricia will likely keep his job through the rest of the season. But he will be let go once the season ends.

As for Doug Marrone, he has been with the Jaguars going on five seasons now, making him a candidate for termination if the team were to have another down year. With the team off to a 1-4 start this year, it does not look good for him. There is no reason to think he will be let go before the end of the season, though.

Anthony Lynn’s Chargers are not off to a good start at 1-4, but they have been very competitive against some excellent teams. But to stay off the chopping block, he will need to win the games the Chargers should win the rest of the way. Otherwise, he could be a casualty on Black Monday.

Mike Zimmer has taken the Vikings to the playoffs every other year since arriving in 2014. If that pattern holds, they will miss this year, which will put him in danger. But if they can build off their improved play over the last three weeks, they could win enough to secure his job.

Vic Fangio may be in danger at the end of the season if the team does not start winning games, but don’t count on John Elway firing him until the season is over—if he does. While Cowboys fans may want Mike McCarthy gone, the impulsive Jerry Jones that would appease them doesn’t exist anymore.

So—who should you bet on? The choice is obvious. While they could all get fired this year, the only one likely to go during the season is Adam Gase.