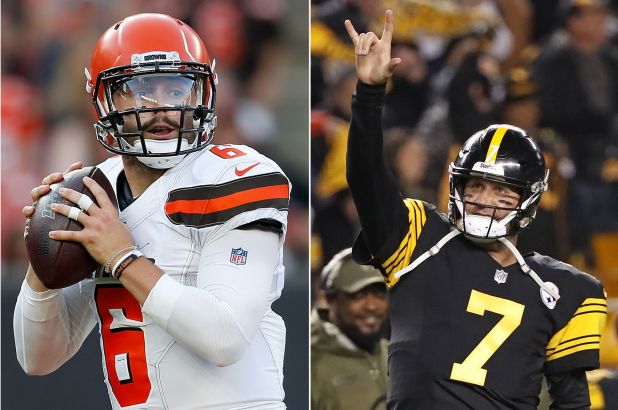 Prior to the 2019 NFL season, the world was ready to get behind Baker Mayfield and the Cleveland Browns. But in true ‘Factory of Sadness’ fashion, Mayfield and the Browns struggled and disappointed the fans once again. Fast forward to Week Six of the 2020 season, and fans are getting that feeling once again.

It might actually be safe to bet to make at a NFL sportsbook on Baker Mayfield and the Cleveland Browns. For most, that will just mean putting money down on the team to win against the spread (+3) or roll the dice and go for the moneyline and the win (+150).

But for those who want to take it a step further and make it personal between the quarterbacks, there’s this (odds via MyBookie.ag):

While Roethlisberger did his damage in four games, Mayfield did his in five.

The Steelers tend to throw the ball more than the Browns, who lean more on the run but have a more balanced offensive attack. But that benefits the question of who will win the game; we want to know who will throw more touchdown passes.

The deciding factor here, however, is not going to be how well each quarterback can play, but how easily they can pick apart the other’s defense. Cleveland has had a tougher time defending against the pass this year. So far, they are allowing 296.4 yards/game while the Steelers have been a lot stingier giving up 237.5 yards/game.

However, since the Steelers defense is also tough against the run (64.0 yards/game), the Browns may be forced to throw more. With the skill position guys Mayfield has to work with, the Browns are certainly capable of producing in the passing game.

This is a tough one. Both are pretty much going to be set up to throw the ball in this game. If one happens to get out to an early lead over the other, the other will turn to the passing game to get back into it—which, of course, means more touchdowns in the passing game.

Essentially, what this one comes down to then, is who the winner will be. If you believe in Baker Mayfield and the Browns, choose him. If you are more inclined to believe in Big Ben and the Steelers, then go with him.