Best Online Sportsbooks
Home Sports Football Want to Bet On The Misfortune Of Matt Patricia and the Detroit... 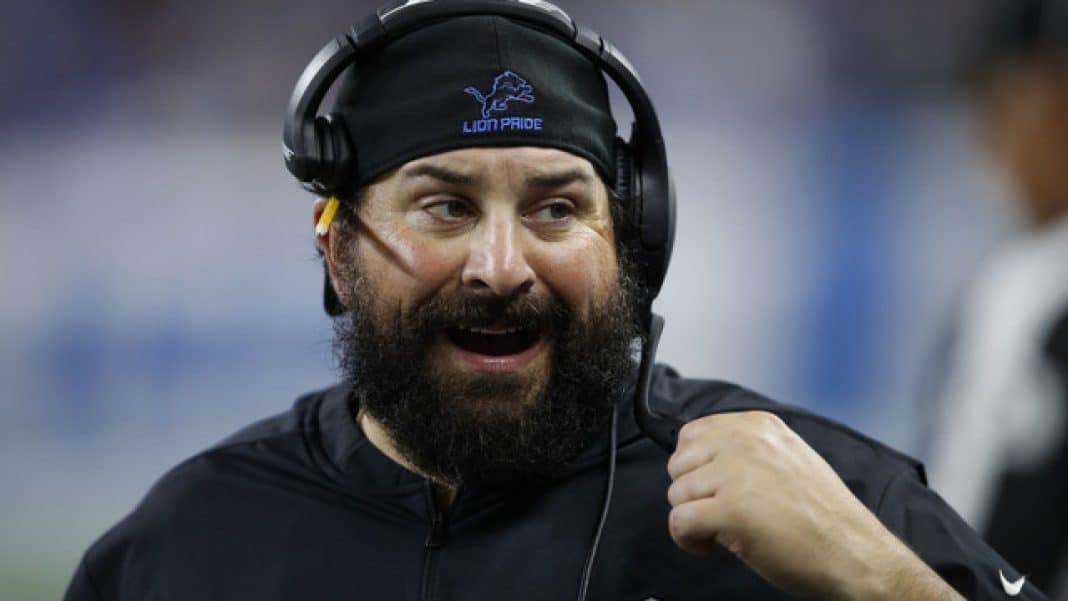 The Detroit Lions have been trying to find the right formula for success for years—and it just hasn’t worked. When they hired Matt Patricia, they hoped they had the guy that could lead the team out of the doldrums. But two games into his third season, it is not looking too good for Patricia or the Lions.

With how they folded against the Bears in Week One and then got pasted by the Packers in Week Two, it is hard to find something redeeming about the team or the job Matt Patricia. So, why not bet on that misery continuing?

If that sounds like an idea, check out these prop bets available at BetOnline.ag:

After a promising 2-0-1 start to the season last year, the Lions only won a single game the rest of the way—their Week Eight contest against the New York Giants, 31-26. That means with their two losses from this season, the streak is at 11.

They are not favored this week against the Arizona Cardinals (+5.5). It is hard to imagine them being favored against the New Orleans Saints the following week. With how the Jacksonville Jaguars have been playing, the Lions will probably not beat them the week after.

The only relief in sight might be their Week Nine contest against the Minnesota Vikings (assuming they cannot get things figured out by then) or Week Ten against the Washington Football Team. Now, if the Cardinals stumble or if Drew Brees has an off night, they could get lucky. If Gardner Minshew regresses, the Jaguars might not be a hard win either.

As long as nothing drastic happens to the Cardinals, Saints, or Jaguars, the over is looking pretty good. The other prop bet is a bit harder to predict. Leading by double digits and then losing is a very specific scenario—which happened in Week One.

The Lions held a 17-point lead heading into the fourth quarter against the Chicago Bears in Week One. Mitchell Trubisky, who had looked pedestrian at best for three quarters, threw three touchdowns, giving the Bears an unexpected win.

For that to happen this week, we have to make a few assumptions. The Lions will have to get off to a strong start to build an early lead—but they will need to keep their foot on the gas to make sure they maintain that lead.

With how the Cardinals have been playing this year compared to the Lions, Kyler Murray will have to make several mistakes for Detroit to have a shot. While Murray has not been perfect, it is hard to see him play bad enough for the Lions to win.

Take the over on the losing streak but take ‘No’ for the Cardinals game.