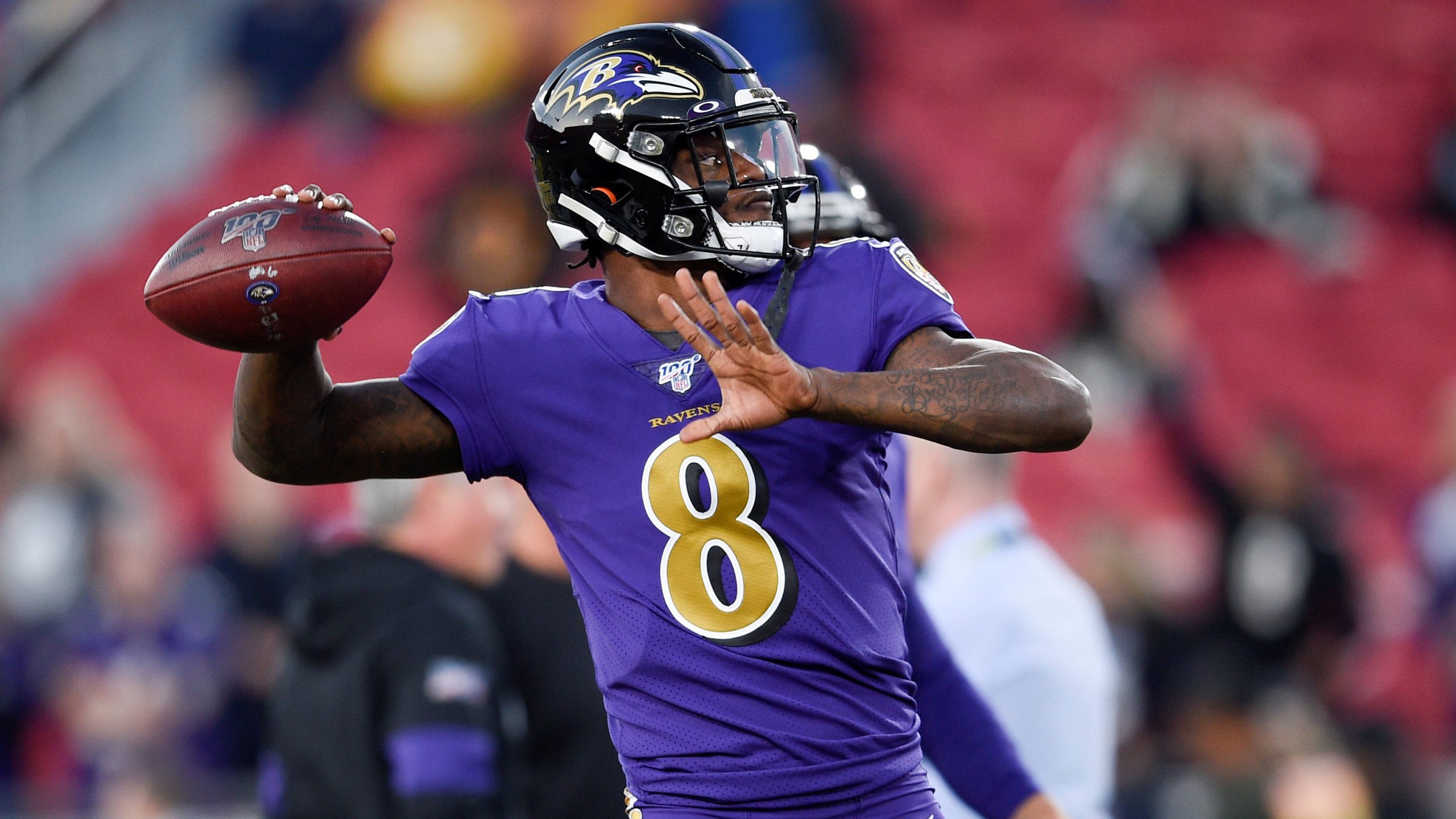 Whether you love or hate him, there is no denying that Baltimore Ravens quarterback Lamar Jackson had an incredible season last year. His passing game could use some work, but when teams fear your running game like they feared Baltimore’s, it does not need to be perfect.

He absolutely deserved winning MVP honors last year because of his contributions on offense and how his play impacted how teams approached the Ravens. But can he join a rather elite club of quarterbacks and do it again this year? The oddsmakers at XBet.ag seem to think he has a pretty good shot:

But history is working against him. There have only been three quarterbacks in NFL history that won back to back MVPs—Peyton Manning, Joe Montana, and Brett Favre. Are we ready to put Jackson in that elite club?

The competition is going to be tight. Patrick Mahomes is going to be in the mix once again for sure. With the weapons at his disposal, it is not hard to imagine him being in the conversation again. That is, unless he gets injured and misses a few weeks.

Should Tom Brady come to life in Tampa Bay with the help of Mike Evans, Chris Godwin, and Rob Gronkowski, voters will want to push him to the top of the list. If Russell Wilson can continue to carry the Seahawks as he has been, he will be in the mix as well.

Lots of eyes are going to be on Dak Prescott this year whether he signs a new contract or not. If he does sign, the expectations may be too high for him to receive serious consideration. Kyler Murray could be a great dark horse candidate, but many things are going to have to work his way.

Drew Brees always deserves to be in consideration. If the Packers have another 13-win season, it will be because Aaron Rodgers has an MVP caliber season. Should Houston stay healthy, there is a good chance Deshaun Watson could be in the conversation.

So—who should you bet on? Will Lamar Jackson join Peyton Manning, Joe Montana, and Brett Favre?

If Jackson’s odds were higher, he might be worth betting on. But the quality of his passing game is dependent on Baltimore’s run game, too much. After watching the Titans bully Jackson and the Ravens last year in the playoffs, several teams are going to try the same strategy.

It will work for some, but not all. However, it only needs to work for a few to take Jackson out of the running.

Pass on Jackson. Mahomes is the easy bet, but it wouldn’t be shocking to see Tom Brady or Russell Wilson earn top honors. If you like longshots, give Drew Lock, Philip Rivers, and Deshaun Watson some thought (but be prepared to lose your money).