Menu
Home » Defensive Rookie of the Year Race Down to Two Players? 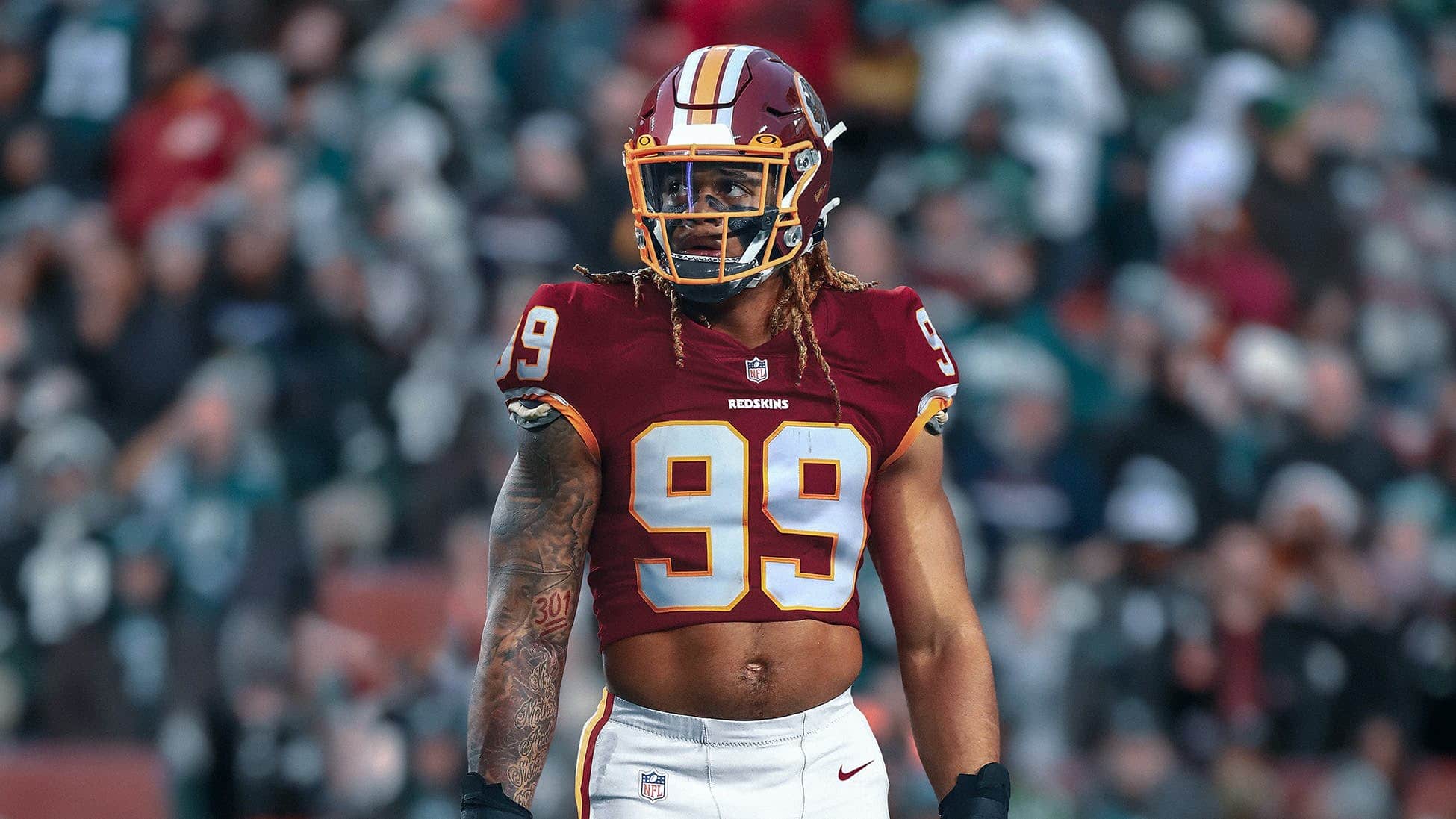 When it comes to Defensive Rookie of the Year (DROY), the early contenders are often the big-name guys who were stars in college. They are the guys we know, which makes them the guys the media and voters would be keeping an eye on right out of the gate.

But excellence in the NFL is not dependent on a player’s pedigree. College stars become NFL duds all the time. At the same time, it is not unusual for little-known players from small schools to excel.

So far, it looks like the DROY race is down to a college superstar (Chase Young) and a small school guy (Jeremy Chinn). According to the oddsmakers at Bovada.lv, it is a close race between Chase Young and Jeremy Chinn:

Chase Young was expected to be in the thick of the hunt this year after how he terrorized quarterbacks during his days at Ohio State. At the start of the season, he looked like he was destined to win the award, but then a groin injury slowed him down for a while. His stats are not overly impressive, but he is a big part of the reason why the Washington defense is so good this year.

As for his closest competitor, Jeremy Chinn, most fans probably had not heard of the second-round pick out of Southern Illinois when he was selected. But everyone was talking about him after he returned back-to-back fumbles for touchdowns against the Minnesota Vikings.

Before the Minnesota game, he was in the conversation with the season he had to date, but a game like that should and did vault him right into contender status.

An argument could be made for Young or Chinn, but a few other guys are having good seasons that are not too far back. Antoine Winfield Jr. became a strong candidate early in the season. If he can make an impact for the Buccaneers down the stretch, he could certainly close the gap.

Julian Blackmon has certainly done an excellent job for the Indianapolis Colts this season and has helped the Colts defense become one of the best in the league. Patrick Queen has been talked about as a serious candidate as well, with the work he has done for the Baltimore Ravens.

Bears cornerback Jaylon Johnson is in the conversation, but he will likely need to do something to make voters take notice down the stretch if he is going to win. Defensive tackle Jordan Elliot has done a great job for the Browns this season but may get overshadowed by Defensive Player of the Year candidate Myles Garrett.

Young almost seems to have kept his spot on top because of name recognition alone. After a hot start, his season has been relatively quiet. Chinn has been impressive, but Julian Blackmon appears to have had the most significant season among the favorites.