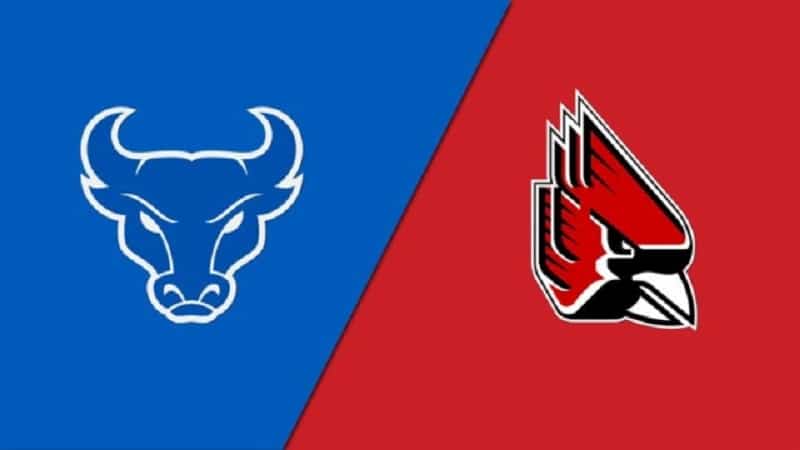 Week 13 of the 2021 college football season kicks off Tuesday, November 23, with the Mid-American Conference showdown at Scheumann Stadium in Muncie, Indiana, so we bring you the best Buffalo vs. Ball State betting pick and odds.

While the visitors have nothing to play for, the hosts will become bowl eligible with a victory. Ball State opened as a 6.5-point home favorite on MyBookie Sportsbook, while the totals are listed at 58.5 points.

The Bulls hope to stop their three-game slide

The Buffalo Bulls fell to 4-7 SU and 3-7-1 ATS on the season following a 33-27 overtime loss to Northern Illinois this past Wednesday. Playing as small 1.5-point home underdogs, the Bulls racked up 384 total yards and surrendered 505 in a return.

Junior RB Dylan McDuffie led the way for the Bulls with 29 carries for 125 yards and a TD, while junior signal-caller Matt Myers tossed for 162 yards and a TD. The Bulls ran 51 times for 222 yards, but they allowed the Huskies to record a whopping 308 rushing yards on 47 attempts.

The Cardinals desperately need a win

The Ball State Cardinals dropped to 5-6 SU and 3-8 ATS on the season following a heavy 37-17 home loss to Central Michigan this past Wednesday. It was their second defeat on the spin and third in the last four outings, and the Cardinals fell to cover in that four-game span.

Ball State missed WR Justin Hall last week. The Cardinals hope Hall will be ready to play Tuesday against the Bulls, as he’s recorded 59 catches for 606 yards and five touchdowns so far this season. The Cardinals gained only 329 all-purpose yards against the Chippewas and yielded 567 in a return.

As we’ve mentioned above, the Cardinals need a win to become bowl eligible, so backing the hosts to cover makes sense. The Bulls have been awful for most of the season, and their defense has struggled mightily over the previous few weeks.

Ball State is coming off a poor offensive performance against Central Michigan, so the Cardinals will be fired up to make amends in front of the home audience. Their defense should be a decisive factor, while Justin Hall’s return will be a huge boost for the Cardinals’ offense.

The Bulls have allowed a whopping 134 points over their last three showings. Their defense is falling apart, so I’m expecting to see another high-scoring affair Tuesday at Scheumann Stadium. On the other side, the Cardinals have yielded 67 points in their previous two contests.

The over is 4-2 in Buffalo’s last six games overall, and it is 10-1 in the Bulls’ previous 11 contests played in November. The Cardinals’ last seven home games went in the under, while seven of the previous nine encounters between Ball State and Buffalo went in the over.