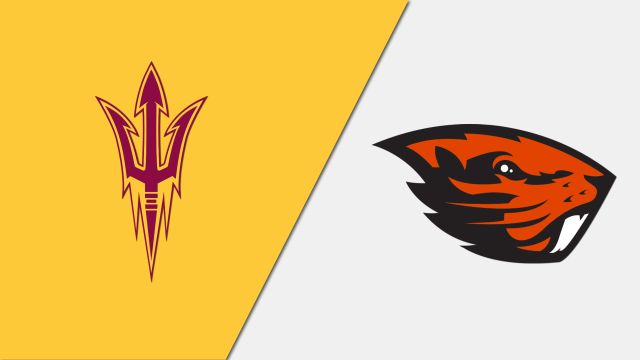 Week 12 of the 2021 college football season brings the Pac-12 showdown from Reser Stadium in Corvallis, Oregon, so we have prepared the best Arizona State vs. Oregon State betting pick, tips, and odds.

The bookies expect to see a tight contest, listing the Sun Devils as 3-point road favorites. The Beavers are +135 moneyline underdogs, while the totals are set at 58.5 points on BetUS Sportsbook.

After a comfortable 31-16 home win to the USC Trojans in Week 10, the Arizona State Sun Devils (7-3; 4-6 ATS) outlasted the Washington Huskies 35-30 as 6-point road favorites in Week 11. They rallied from a 14-point deficit, dropping three touchdowns on the Huskies in the fourth quarter.

Senior RB Rachaad White led the charge with 32 carries for 184 yards and a couple of touchdowns. It was his second consecutive strong performance in a row, as White had 28 totes for 202 yards and three scores against USC.

The Oregon State Beavers improved to 6-4 SU and ATS on the season following a 35-14 victory to the Stanford Cardinal in Week 11. After a couple of tough losses at California 39-25 and Colorado 37-34 in overtime, the Beavers bounced back in front of the home fans to become bowl eligible.

Oregon State held the Cardinal to a paltry 230 yards and forced three turnovers. On the other side of the ball, the Beavers racked up 218 rushing yards on 51 totes, while sophomore QB Chance Nolan tossed for 257 yards and a couple of touchdowns.

Nolan has thrown for 2,016 yards, 16 touchdowns, and eight picks so far this season. Over the last three weeks, he’s recorded five touchdown passes and three interceptions while scoring once on his own. The Beavers are scoring 34.0 points per game (27th in the nation) on 231.2 rushing yards (7th) and 215.9 passing yards (82nd).

Both teams have a slim chance to sneak into the Pac-12 championship game, so we should see a great battle. With three points on the table, I’m going with the underdogs, and the Beavers will keep it close if they manage to establish their ground game.

Oregon State desperately needs more from junior RB B.J. Taylor, who has 1,050 rushing yards and 12 touchdowns in 2021. He’s recorded 220 yards and a couple of scores on 58 totes in the last three weeks. The Sun Devils lean on their defense, and the Beavers have to bring their best offense in order to upset the odds. Oregon State’s offense ranks third in the country in a 3rd-down conversion (53.5%).

The total has gone over in 13 of the last 18 encounters between the Sun Devils and Beavers, including the previous four. Last year, they combined for 79 points in total, while each of their five meetings produced more than 60 points.

The over is 3-1 in the Beavers’ last four outings, and it is 5-2 in the Sun Devils’ previous seven games overall. I would ride these betting trends because both teams are capable of moving the ball frequently, though the line is a tricky one at 58.5 points.