Menu
Home » Want To Bet On How The Dak Prescott Contract Drama Plays Out? 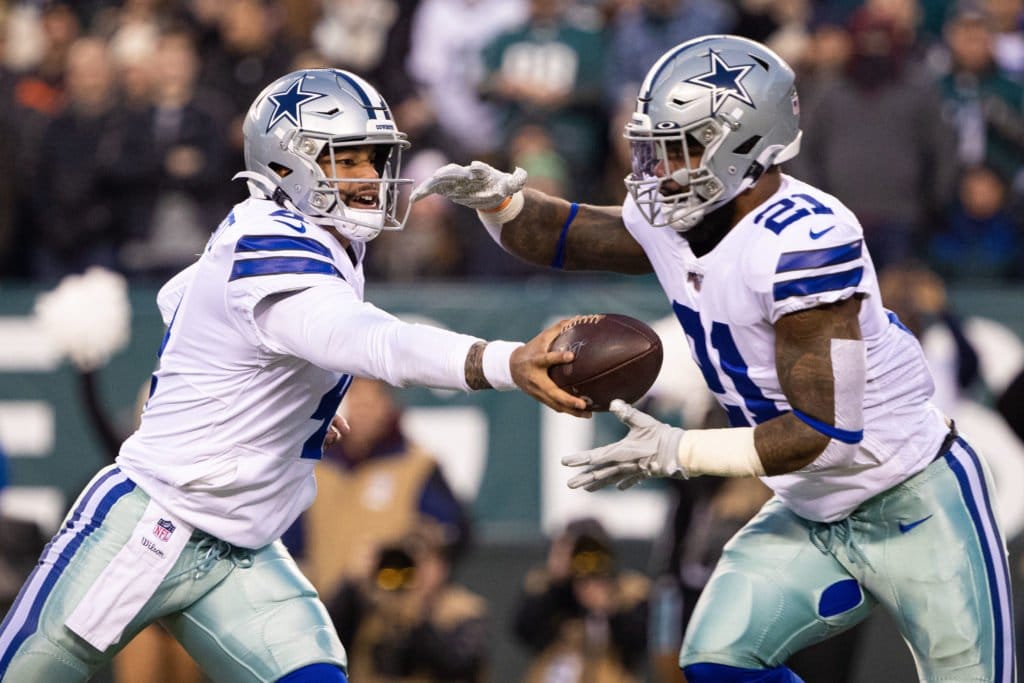 When Tony Romo went down again a few years ago, no one expected to see a rookie they got in the fourth round step up—but that is precisely what Dak Prescott did. Three years later, his contract is up, and it is time for the Cowboys to do what they need to do and pay the man.

But the question seems to be how much, and via a new contract or the franchise tag.  Fans confident they know how the drama will play out can bet accordingly at Bovada.lv:

How Much Will Dak Prescott’s Next Contract Annual Average Value Be?

If you listen to the rumor mill much, you have probably already put some money down on over $35 million.  Rumors have been flying for weeks that he wants to be the highest-paid player in the game. That honor currently belongs to Seattle Seahawks quarterback, Russell Wilson.

The Cowboys certainly need Prescott, but do they need him so much that they should pay him $35 million a season? Only Jerry Jones can answer that. According to the latest rumor, though, the Cowboys have an offer on the table that would make him the second-highest-paid player in the NFL—which would be less than Russell Wilson’s $35 million but more than Ben Roethlisberger’s $34 million.

Will Dak Prescott Have The Franchise Tag Designation For Game 1 Of The 2020 NFL Regular Season?

Rumor has it that the hang-up is not the overall price tag, but the number of years. Dallas wants a longer deal to spread out the cap hit and secure the most important position on the field or years to come. Prescott wants a shorter deal so he can take advantage of the rising salary cap and escalating QB salaries.

Prescott proved last season he was willing to take a chance on himself by playing out the final year of his rookie contract without the security of an extension. So, it is not hard to imagine him being willing to play on the franchise tag and bet on himself again.

The question then becomes whether that will be necessary or if Jones will bend and give Prescott what he wants. Jones has paid Demarcus Lawrence, Amari Cooper, and Ezekiel Elliot with massive deals. Why not his quarterback?

If Jerry bends, there is no way he signs Prescott to a deal worth $35 million annually. But will he balk? Only two quarterbacks out of the eight ever hit with the franchise tag ended up playing on it. Since Jones desperately wants to win another Super Bowl now, he’ll bend before Prescott.