Menu
Home » Odds On Who Will Be the NFL Rushing Champion This Season? 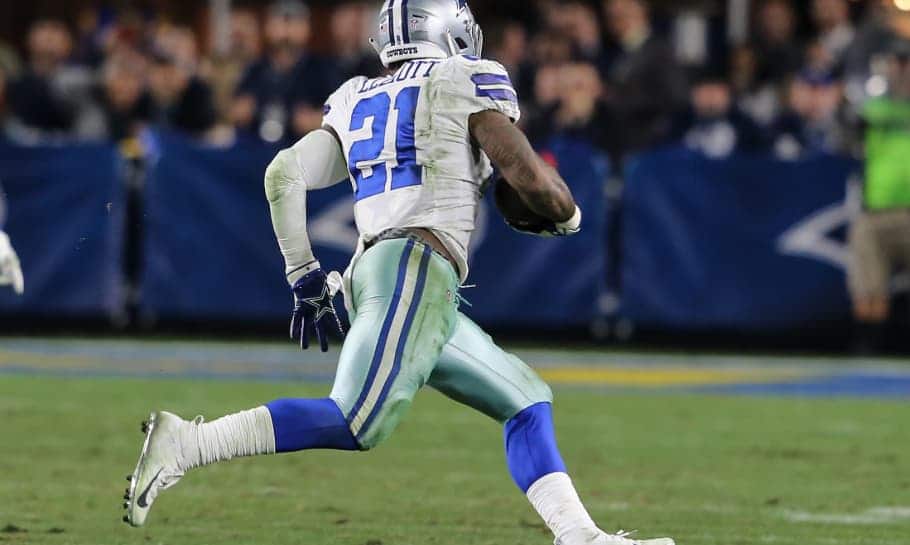 The passing game has reigned supreme in the NFL in recent years. But as the Tennessee Titans and Baltimore Ravens proved last season, beating a good run game is not easy. However, their approaches were different. Baltimore used a committee approach, but Tennessee leaned on one guy—the 2019 rushing champion Derek Henry.

With the success that both teams had, it would not be shocking to see more teams running the ball this season. A successful run game takes time to develop, though and requires the right personnel— preferably a workhorse like Henry and a mammoth offensive line.

Does anyone have such a line and running back? If you think you know the answer to that, you may be interested in a wager XBet.ag has posted:

Rushing champs have been successful at defending the title in the past, but no one has won back-to-back rushing titles since LaDainian Tomlinson did it back in 2006-07. Tennessee will likely favor the run again this year, but teams are probably going to key on him and force Ryan Tannehill to win the game.

So, it may not be as easy for Derek Henry this season.

With the race being as close as it was last season, it is not hard to imagine several other guys stepping up. Nick Chubb was only 46 yards behind Henry last year. Cleveland will probably lean on him again in hopes of making life easier for Baker Mayfield. But Chubb could lose carries to Kareem Hunt.

Christian McCaffrey will likely be in the mix again. However, there is no telling how much his new head coach, Matt Rhule, will use him. Ezekiel Elliot will be someone to watch, but it looks like Kellen Moore’s offense will lean more towards the pass.

Saquon Barkley is undoubtedly capable, but the Giants are going to be playing from behind for most of the season. Barkley will still get his touches, but with many coming in the passing game.   If Minnesota commits to the run game, Dalvin Cook could be worth the risk (but will they commit?).

Until the season starts, it will be hard to tell who will get the ball enough. But if you wait until then, the odds are going to shorten, and you will win less.

So—with that in mind, how should you bet?

Go with Chubb. Teams are going to slow Henry down this season, Elliot will not get the ball enough, and McCaffrey will see more passes before he sees more carries.

If you want a longshot or two, consider Lamar Jackson (+3500). John Harbaugh has made it sound like the Ravens are not going to change their game plan. There are only so many carries to go around, and the Ravens have a loaded backfield. So, he may not get the carries, but if he does…