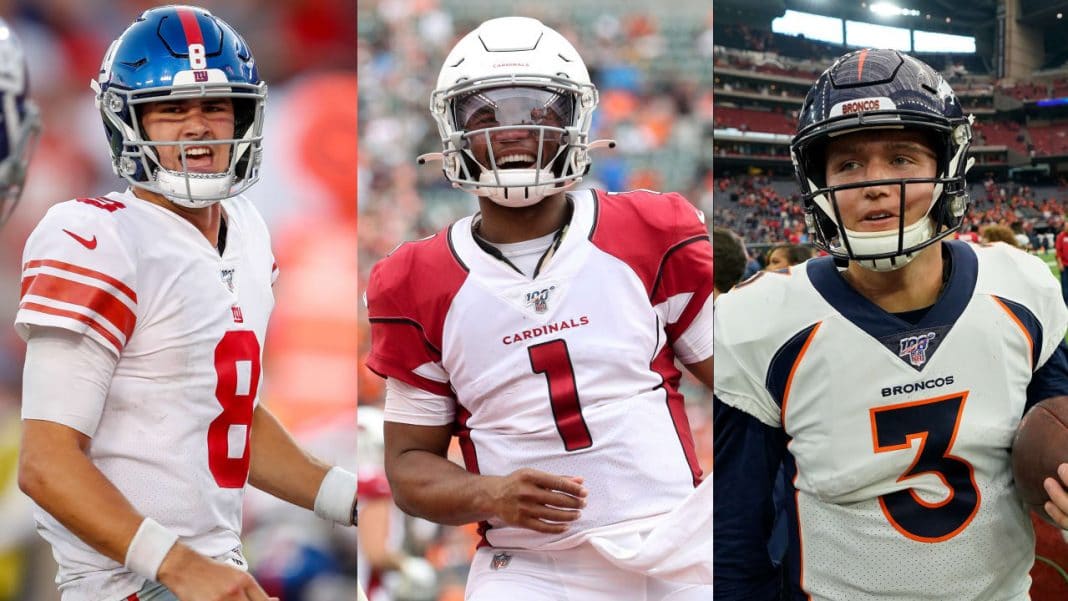 Fans love to see how rookie quarterbacks do every season. They are the new guys, the unknowns, and that makes them exciting. However, it is easy to lose sight of them in their second years—especially since most tend to get struck by the sophomore curse. But that doesn’t mean we stop paying attention.

This season will see four second-year quarterbacks take the field for their team to start the season.  While they may not measure up to their veteran counterparts, a more interesting question may be how they measure up against each other.

According to the oddsmakers at BetOnline.ag, the future looks brighter for two of them:

Between the four of them, Murray was the only one to start all 16 games last season. So, it should come as no surprise he won the most with five. But Drew Lock came in a close second with four wins in his five starts. Daniel Jones got off to a solid start with two wins, but then only won one of his next ten starts. Dwayne recorded just two wins in his nine appearances.

But this year, all four will begin the season as the starters for their respective teams. Haskins is the only one in real danger of losing his job this season, which probably explains why he has the longest odds. It doesn’t help that there is little to be excited about when it comes to Washington’s offense.

They have a rookie running back, no wide receivers that defenses will have to game plan for, and an ‘okay’ offensive line on its best day. Their defense will be good enough to keep them in games, but it is hard to say whether the offense will do its part.

As for the New York Giants and Daniel Jones, other than Saquon Barkley, the Giants offense is not overly impressive. Jones has some good receivers to work with in Sterling Shepard, Darius Slayton, Golden Tate, and Evan Engram, but no one that is considered ‘extraordinary.’

With one of the worst offensive lines in the league, there is no reason to expect big things from the Giants offense this year. It is doubtful the defense will be good enough to carry the offense. Having a rookie head coach isn’t going to help, either.

It would not be shocking to see either team do well this season. Both looked good when they were running their respective offenses. The addition of DeAndre Hopkins will give Murray and the Cardinals a boost. Melvin Gordon should do the same for the Broncos offense.

A good case could be made for both. But while Lock will likely get off to a slow start as the offense works to get on the same page, ultimately, he has a better roster behind him than Murray.