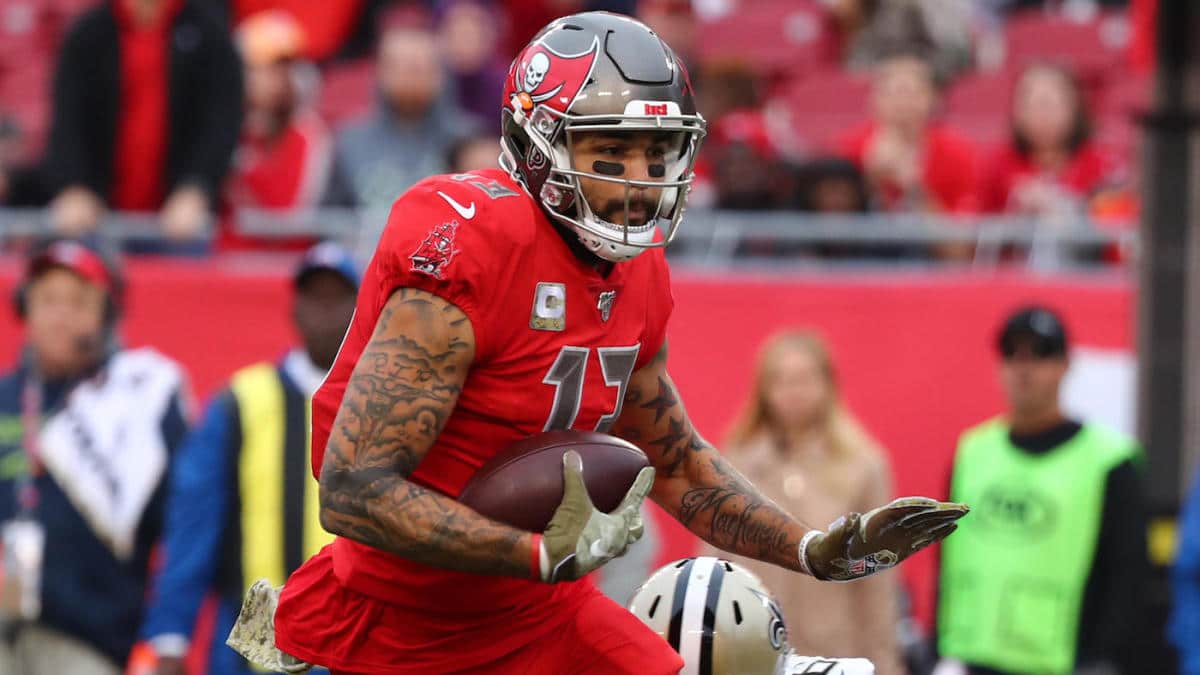 Something strange will happen this Sunday in New Orleans at the Mercedes-Benz Superdome (besides the stadium not being full of fans). Tom Brady will step on the field in a uniform other than that of the New England Patriots.

It will not be surprising or shocking since we’ve had time to get used to the idea already. But it will still seem a little strange. Since Brady will be kicking off a new chapter of his career with a new team, fans will be eager to see who catches his first touchdown pass as a Buccaneer.

According to the oddsmakers at Bovada.lv, it is going to be a three-man race:

While the Buccaneers may not air it out as much as they did last year with Jameis Winston at quarterback, they will likely still lean on the passing game. With a legendary quarterback in Tom Brady behind center and an impressive collection of receivers, it only makes sense.

As to who gets Brady’s first, Chris Godwin is a great candidate. It would not be shocking to see the Bucs go for broke on the first play with a bomb to Godwin to make a statement. Mike Evans would not usually be a bad candidate, either, but with him nursing a hamstring this week, Bruce Arians may look to take it easy on him this week.

Then there is Rob Gronkowski, Brady’s former favorite target with the New England Patriots. It would not be shocking to see Brady go to him early and often since he is familiar with him. If not him, Brady has been fond of tight ends in recent years, making Cameron Brate and O.J. Howard possible targets.

Next to tight ends, running backs have been among his favorite targets. With Fournette having only recently joined the team, he will not likely see as much work as Ronald Jones III and maybe even LeSean McCoy. With his history as a receiver out of the backfield, it would not be a bad idea to target him out in the flats inside the ten.

As for Scotty Miller, as the No. 3 wide receiver, there is a strong chance he does not see a ball come his way the whole night. He played in only ten games last year, saw 26 balls thrown his way, and caught half of them. He did, however, record one touchdown.

So—who do you bet on?

This is one of those things that could go any of a number of ways, which means you should spread what you were planning to bet around. Chris Godwin is your safe bet. Avoid Mike Evans, though, because of his hamstring issues. It wouldn’t be shocking to see him target Gronkowski for his first touchdown with the Bucs.

If you are okay with taking on some risk, it is easy to see LeSean McCoy catching one out in the flats with the team inside the ten-yard line and finishing the drive off.