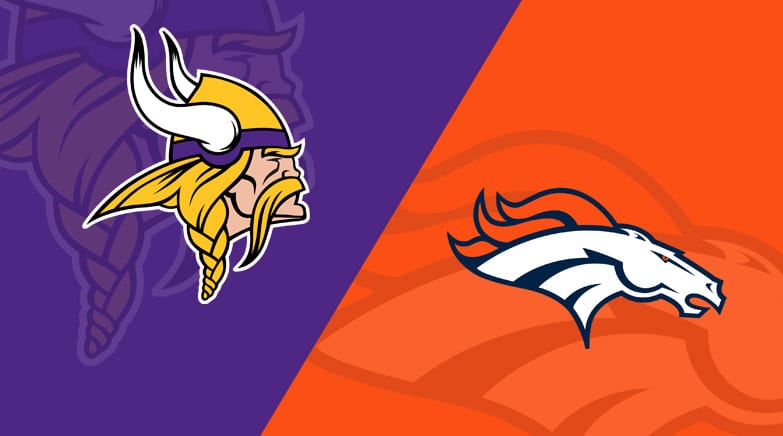 Minnesota is searching for the first preseason victory when it visits Denver at Empower Field at Mile High. The Vikings are slight -1 favorites on Jazz Sportsbook, while the total is set at 35.5 points. These inter-conference rivals have met last year in the preseason, and the Broncos secured a big 33-6 win in Minneapolis.

Vikings’ offense ineffective in a loss to the 49ers

The Minnesota Vikings dropped to a 0-2 preseason record after losing 17-7 to the San Francisco 49ers at home. They were 7-3 up in the second quarter, but that was all from Minnesota’s offense, which totaled only 195 yards, committed three turnovers, and had 13 first downs. Kirk Cousins’ backups Kellen Mond and Sean Mannion were ineffective with 147 combined passing yards on 20 completions and no touchdowns.

The Vikings clearly showed their concerns about QB backups and traded for Nick Mullens, who should compete for the backup job with Mond and Mannion and will immediately get a chance against Denver on Saturday. While the Vikings’ defense was solid against passing, allowing 375 yards and two TDs thus far, their run defense surrendered 115+ yards in both games but didn’t allow a touchdown.

Broncos to respond to a blowout loss against the Bills

The Denver Broncos were dismantled by the Buffalo Bills 42-15 in Week 2 of the preseason on the road, and now will be looking to show a much better performance. In their defense, the Broncos were playing against Buffalo’s starters in the first half and the game was already decided at halftime. Case Keenum, Josh Allen, Devin Singletary, Gabriel Davis, and Stefon Diggs played for the Bills, so we can’t blame the Broncos for this heavy defeat.

Brett Rypien and Josh Johnson proved to be solid backups for Pro Bowl quarterback Russell Wilson after having a nice preseason, but we could see Wilson involved on Saturday after not playing in the first two games. Without starters, Denver’s rushing didn’t work; the Broncos totaled 71 yards on 39 carries, but they did register 546 passing yards and three touchdowns.

I expect the Broncos head coach Nathaniel Hackett to use more of his starters in the preseason finale, and perhaps introduce their offseason acquisition Russell Wilson to fire up the home crowd. With the way the Broncos have played in the first two games and plenty of passing attempts, I expect them to attack Minnesota’s secondary. On the other hand, Minnesota will give a chance to newly-acquired Nick Mullens, but he will probably struggle to adapt to a new playbook in such a short time. I am leaning toward the hosts in this one.

Minnesota’s play-caller Kevin O’Connell will likely go with a conservative approach, while the Broncos will try to do damage through the air. However, if that doesn’t work, Denver cannot turn to run, which has been poor so far. Well, unless Hackett decided to play starting running backs. I am backing both defenses to fare better than offenses here, and although I avoid backing Under on such a low total, I am going with it on this occasion. Under is 8-3 in the Broncos’ last 11 games overall.