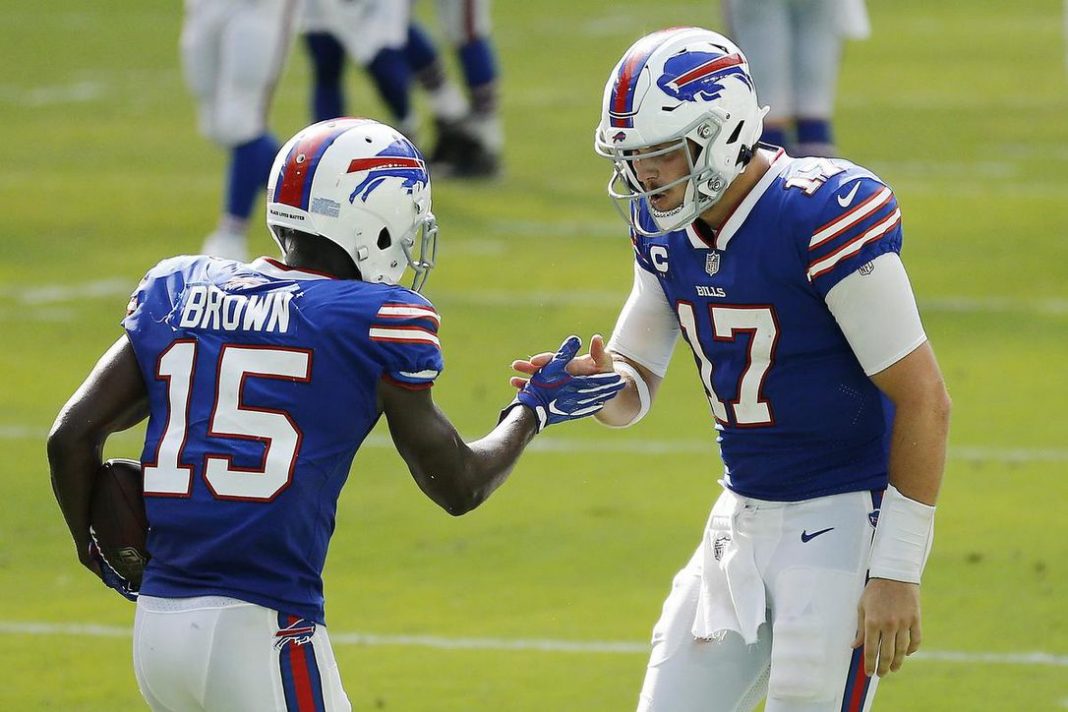 When Josh Allen was coming out of Wyoming, many draft analysts loved what they saw in him—but many did not. How could they see greatness in a give that led a lackluster team against even more lackluster competition? It was a mystery.

His rookie season with the Buffalo Bills did not do much to convince his detractors he was any good. His sophomore season was better, and the team did make the playoffs. But the run game and defense carried the team.

His third year, though— so far, only one word can describe how Josh Allen has played. Wow. Three games in, and he already has 1000+ yards passing, has thrown ten touchdown passes (and just one interception) and is completing over 71 percent of his passes.

Oh—and he’s chipped in two touchdowns on the ground, and the Bills are 3-0. So, are you ready to bet on Josh Allen and the Buffalo Bills yet? If so, Bovada.lv has a couple of bets you may be interested in:

From a statistical standpoint, this one should be an easy decision. Allen is accounting for an average of four touchdowns a game so far. While those numbers may be a little inflated since they have played two lesser teams, Miami and Washington. But he did have five against the tough Rams defense last week.

It will likely depend on whether the Raiders defense can at least slow him down. But since they are giving up over 400+ yards a game so far and 30 points, it is hard to say they will.

The Bills are favored in the game by three.

But what about the team? Any chance the Bills win their first division title since 1995? So far, the oddsmakers are saying ‘Yes!’

So far, he has, which means the Patriots will be a threat to win the AFC East once again. However, while they are mathematically not eliminated yet, it is safe to disregard the Miami Dolphins and New York Jets.

Take Josh Allen to cover the over on his touchdown bet. As for the AFC East, right now—go with the Bills. But both teams are about to prove their worth. The Patriots face the Kansas City Chiefs this week. Buffalo has a Raiders team that will not be easy this week, followed by the Titans and Chiefs.

How the next few weeks play out will begin to define the division race. If you think either team will win their next few games and prove their worth, make your bets now. Should you wait and then try to do so in a few weeks, your odds will be shorter, and your payout smaller.

Yes, it is risky rolling the dice on one of them now—but no risk, no reward.