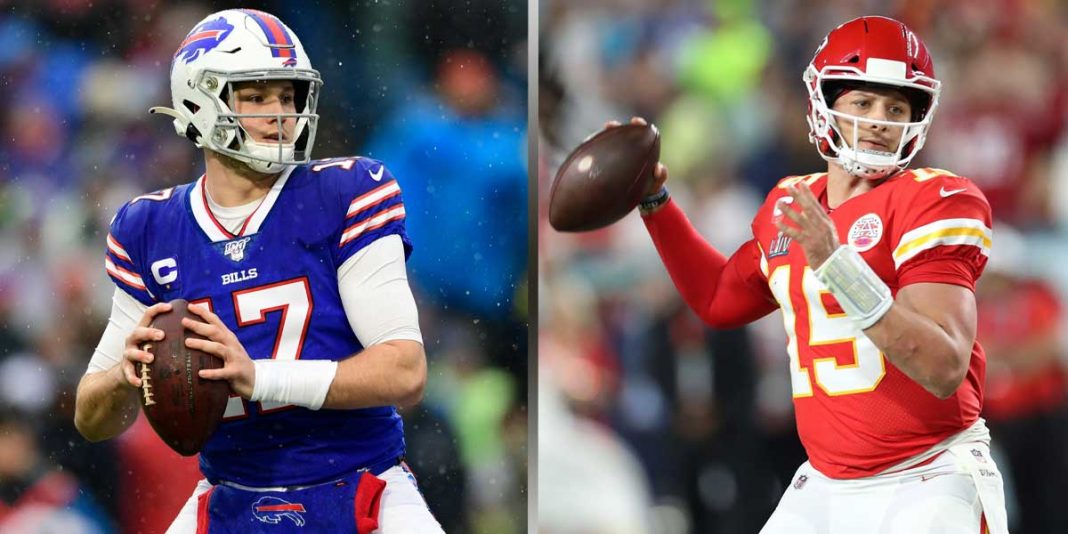 The idea has been bantered about for over a year now. But it sounds like football fans may soon have some excellent off-season content to distract themselves with– and bet on. Whatever could it be? How about a throw-off between Kansas City Chiefs quarterback Patrick Mahomes and Buffalo Bills gunslinger Josh Allen?

Allen challenged Mahomes, with some encouragement from the guys at Barstool Radio, to a throw-off back in 2019. Mahomes seemed game for the idea, but nothing ever happened. But after Madden gave Allen a better throwing power rating than Mahomes (99 to 97), Mahomes threw down the gauntlet (again).

According to Allen, a deal is in place for the contest to happen. They have just had to postpone the event due to coronavirus concerns.

It sounds like it will happen sometime in the near future, which means it’s time to put down your bets (odds via BetOnline.ag):

Fastest throw by J.Allen/P.Mahomes in “throw-off.”

This is not a stat we hear much about, but the league does record it at the combine each year. According to a quick google search, the average speed of an NFL quarterback’s throw is 60 MPH. At the combine, that is what Mahomes threw; Allen threw 62.

Both guys are too young to have lost a step yet, so I am inclined to believe one of them will break the 60.5 MPH mark.

Longest throw by J.Allen/P.Mahomes in “throw-off.”

The longest throw in the air in NFL history was made by Chicago Bears quarterback Fred Crawford back in 1935, an 85-yard bomb to Eddie Kawal. In recent years, the longest throw has been in the 60’s. According to the internet, Allen has thrown a ball 80 yards before, and  Mahomes claims he has thrown one 85.

This one could go either way. But the safest bet would be to go with the under here. Why? Not because Mahomes is just bragging, but because 83.5 yards is a really long way.

Player with the fastest throw in “throw-off.”

This is a tough one to call. Most people will want to go with Mahomes since we have been marveling over what he can do for the last couple of years. On the other hand, Allen has toiled in relative obscurity in Buffalo for a team known more for its defense and running game.

But when Allen came out of college, he was not lauded for leading Wyoming to one victory after another. The talk was all about his physical traits. So, while you may want to go with Mahomes, Allen may be the better bet.

Player with the longest throw in “throw-off.”

Who do you pick? This one could go either way, so you might as well go for the bigger payday and take Allen.