Menu
Home » Will Dalvin Cook Continue To Be a Touchdown Machine This Season? 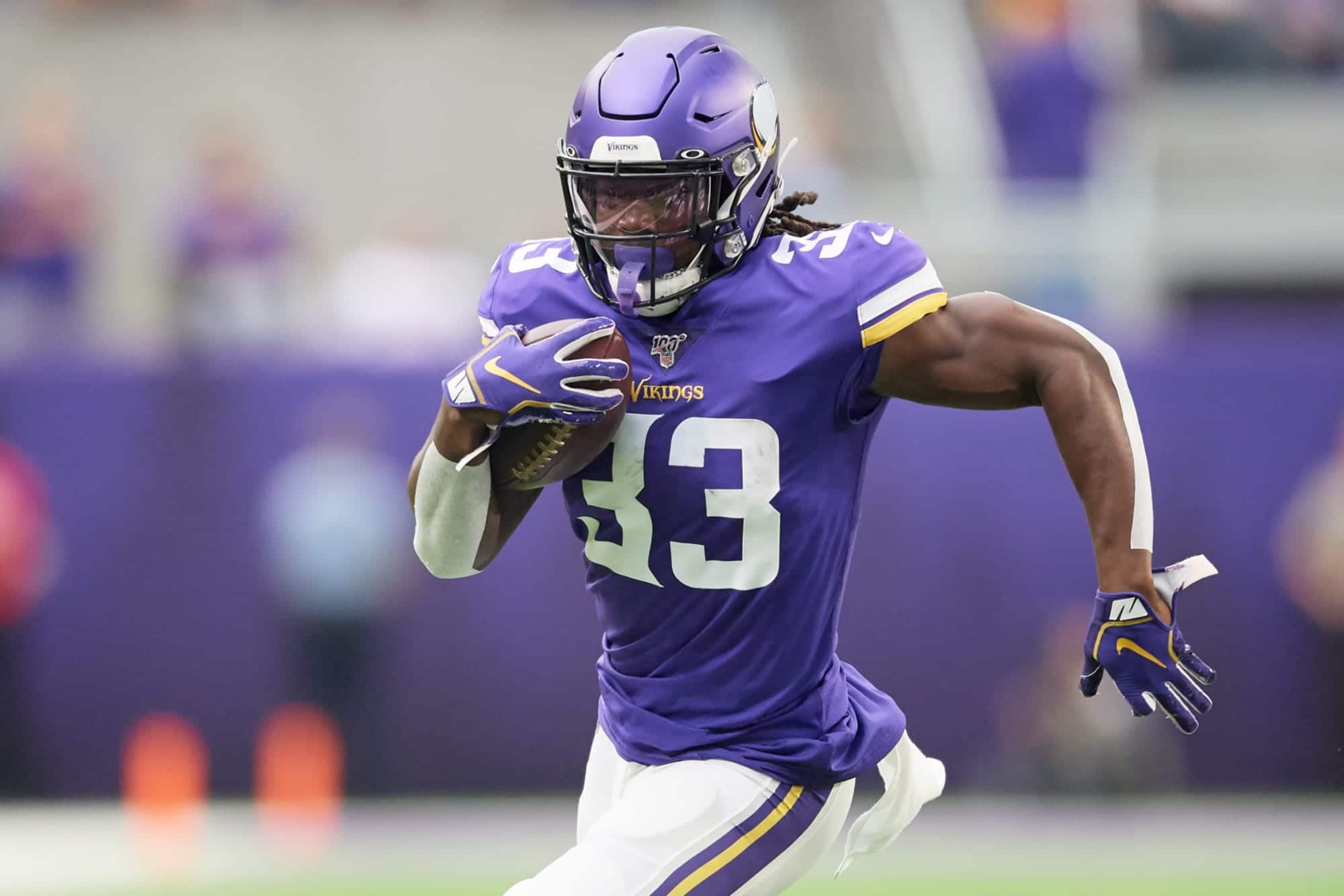 NFL teams are often hesitant to give running backs big-money contract extensions, and with good reason. There have been too many times when a team decides to pay a guy, and then his production becomes pedestrian—and certainly not worth the millions he is getting paid.

But that does not appear to be the case with Dalvin Cook. He signed a five-year, $63 million extension prior to the start of the season. While he did have to miss a game due to injury, the Vikings must be happy they signed him.

Cook has run for 858 yards in the seven games he has played in and currently leads the league in rushing yards. But more importantly, he has scored at least once in every game as well. He has 13 total touchdowns on the season with multiple scores in four of his seven games.

The Vikings play the Chicago Bears in Week Ten on Monday Night Football. Minnesota has been leaning on Cook for the last two weeks, and it has worked (they won their last two games). So, there is no reason to think they will not do the same this week against the Bears.

Now, the Bears do have a decent defense. However, they are ranked 23rd against the run, but they are tied for second for the fewest rushing touchdowns allowed (six).  They are stingy when it comes to passing touchdowns as well (ten allowed).

Despite losing each game, they have only allowed one rushing touchdown in the last three games.

If you are going to take on the risk of betting on Dalvin Cook scoring, you might be better off taking the second prop bet. Yes, it will be much more challenging for him to score in every remaining game he plays in. But why risk your money to win a little on the first bet when it can win a lot more with the second?

But can he score in every game?

How should you bet? The more the Vikings lean on him, the more teams will stack the box to stop him. So, the smart bet here would be to take ‘no,’ but taking ‘yes’ would no be a bad bet. Just don’t risk a lot.