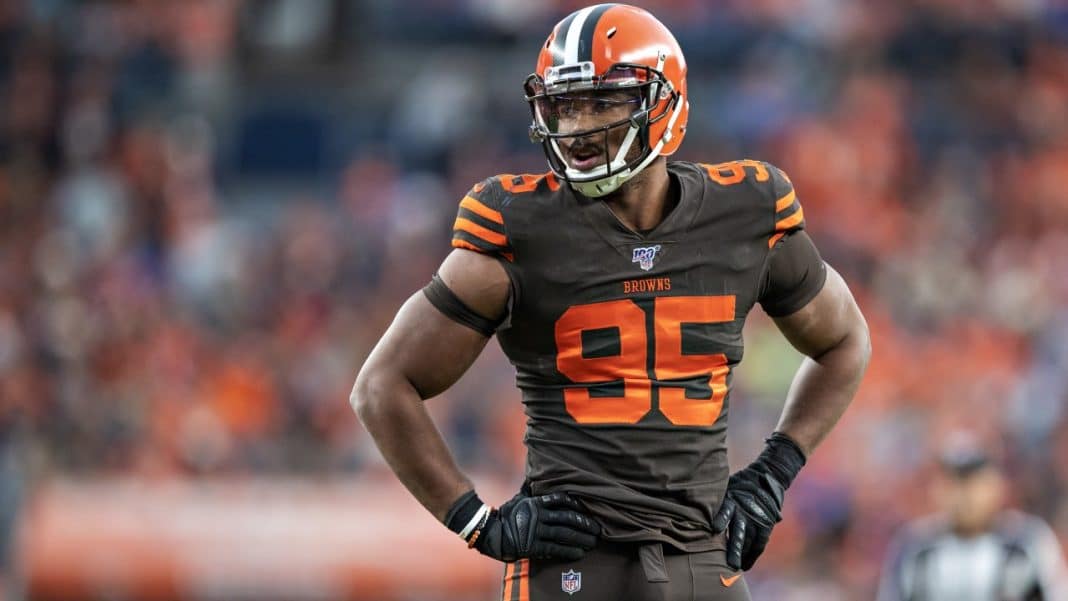 When the Cleveland Browns took Myles Garrett with the No. 1 pick in the 2017 NFL Draft, they likely envisioned him wrecking opposing offenses for years to come. They like what they saw during his first four seasons to sign him to a massive extension, five years at $125 million.

Too often, when players sign that first massive extension, they slack off, and their production dips. But that has not been the case with Garrett. Through four weeks, he has recorded ten solo tackles, five sacks (first in NFL), and three forced fumbles.

Two of those sacks came during Week Four’s contest against the Dallas Cowboys. After watching him disrupt Dallas as he did, it is fair to start wondering where his ceiling could be this season. Could he break the single-season sack record (odds via Bovada.lv)?

To break the record, he would need 18 more over the regular season’s remaining 12 games. While not impossible, it would be pretty tough. Only two guys had 18+ last season in 16 games. Only one guy did in 2018, but you must go back to 2014 before another player does.

For him to do it in 12 games is a monumental task. With his combination of speed and power, it would be foolish to think it is not possible. But can we really see him do it?

Six of the 12 games the Browns have remaining are against teams giving up at least 3.0 sacks per game. The Ravens are averaging 2.8, and the Colts, Steelers, and Titans are giving up less than two a game. Should the Browns offense continue to click like it has, opposing offenses will be forced to throw more, thus providing Garrett with more opportunities.

Garrett has the kind of talent that makes you think the record could be within his grasp. However, the problem with being a guy like him is offensive lines game-plan to stop you. Planning doesn’t necessarily mean success, but rushing the passer is not easy when you face double teams all day.

Factor in the possibility of getting no sacks in games against the better offensive lines (i.e., Titans, Steelers, Colts), and it doesn’t look too good. With as slim as the possibility is, the reward that comes with ‘yes’ does not merit the risk.

But what about whether he is going to record a sack this week against the Indianapolis Colts?

Will Myles Garrett Record At Least 1 Sack In Week 5

PFF graded the Colts offensive line the No. 1 unit in the league entering the season. So far, they have given up just four sacks on the year. They are considered one of the best offensive lines in the NFL. With that in mind and Indianapolis being more of a run-oriented team, he will not get too many opportunities.