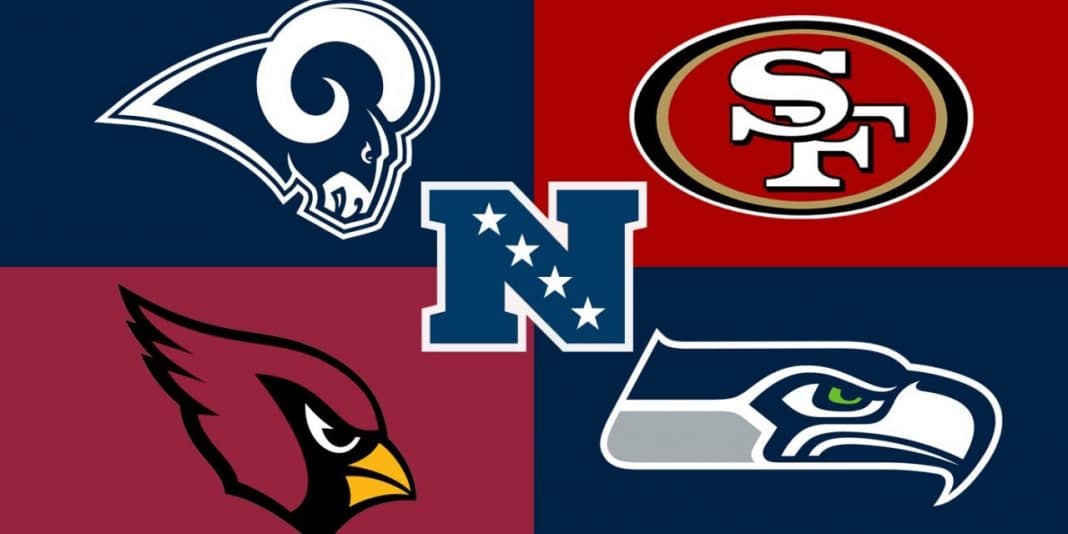 With how well the Seattle Seahawks, San Francisco 49ers, and to a lesser extent, the Los Angeles Rams played in 2019, the NFC West was already thought of as the most competitive division in the NFL. Considering how Week One played out, it appears that the division will be even more challenging than expected.

Seattle had a dominant offensive performance against the Falcons. The Rams got the job done on both sides of the ball against a good Cowboys team. The surprise of the week came in how the Cardinals-49ers game played out.

Not only did Arizona win, but they also looked excellent in the process against a very good 49ers team.

Based on Week One, a legitimate case could be made for all four teams to win the division. Bovada.lv has the Seahawks a slight favorite over last year’s winner, the 49ers:

Seattle’s inclusion as the favorite should come as no surprise. If injuries had not decimated their backfield, they probably would have won it last year. However, while the passing game was fantastic Sunday, the run game was nonexistent.

Their defense was awful—especially the secondary, which was decimated by Matt Ryan for 450 yards.

Last year’s dominance will keep the 49ers at the forefront of the conversation for now. But the defense’s lackluster performance against the Cardinals, coupled with a few key injuries, make them an unattractive bet—especially at those odds.

As for the Cardinals, they were not too bad last year. But, realistically, the best they could hope for coming into this season was to see improvement overall and especially out of Kyler Murray. Of course, the addition of DeAndre Hopkins was something to watch. From how Week One played out, it is safe to say Hopkins and Kyler Murray will be a formidable duo.

But can they count on Kyler Murray to continue trending upward? Other than his connection with DeAndre Hopkins, there wasn’t much going on in the passing game. However, his contribution to the run game was nice (13 carries for 91 yards and a touchdown).

The Rams were not super-impressive last season, a year after making it to the Super Bowl. Against the Cowboys on Sunday night, though, they looked like a team to be reckoned with. The defense was stout and limited an explosive Cowboys offense to under 400 yards and just 17 points. Offensively, the running game looks like it is going to be just fine without Todd Gurley.

That is a tough question to answer.  It would be foolish to discount the 49ers, but their performance and injuries have to be a concern. While the Seattle offense looked great, the defense was not good. Arizona and Los Angeles looked promising, but can they be trusted?

For now, in the interest of winning without taking on too much risk, the bests are the Cardinals and Rams. There is a little more risk attached to them, but they did play well in Week One. Should they play as well or better in Week Two, their odds will be a lot shorter.

But keep the bet small, just in case last week was an aberration.