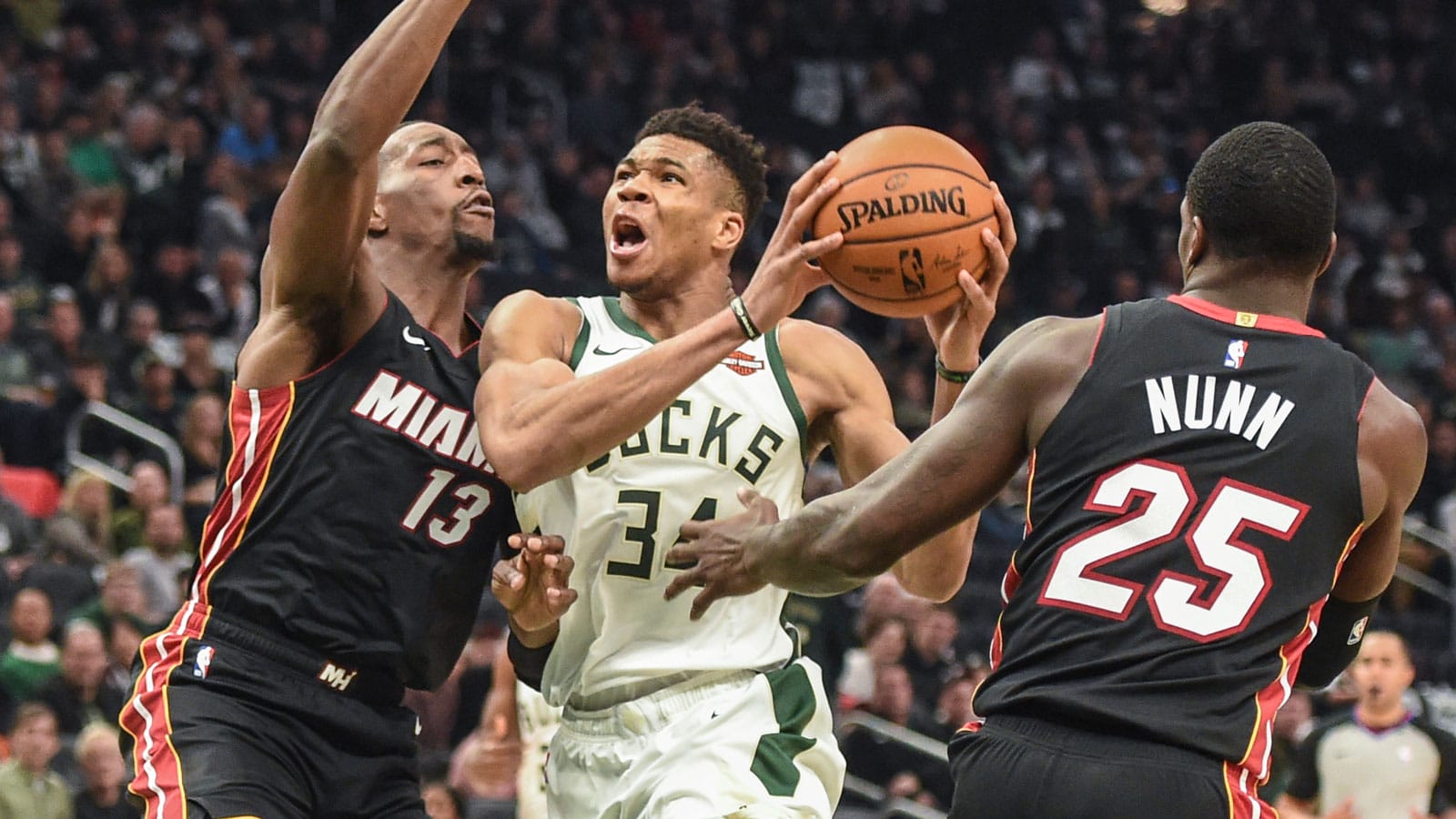 There is only one night game in the NBA on Saturday as the season winds down. That will be the game between the Miami Heat and the Milwaukee Bucks up in the land of cheese and beer. The Heat bring a four-game winning streak into this one and the Bucks are in search of their third straight win and their eighth in nine games.

BetOnline Sportsbook popped the Bucks as a -3 favorite with a total of 232, which is an awfully big total for a Miami game. The Heat play at one of the slowest tempos in the NBA, but that doesn’t seem to have much influence on the lofty over/under for this one.

Let’s dig in a bit deeper and see what this game has in store for us.

This game could have some big implications for Miami. The Heat have a game in hand over Atlanta, who sits in the #4 spot in the Eastern Conference. Miami will avoid the play-in tournament no matter what, but could secure home court advantage in the first round by winning out and getting some help. With a 21-15 record at home and an 18-14 record on the road, home court would be nice for sure.

The Heat are playing some good basketball right now. Their four-game winning streak includes two wins over the Boston Celtics and also a win over the #1 seed Philadelphia 76ers. The Heat have actually won seven of eight, so they’re playing well at the best possible time with the playoffs on the horizon.

Jimmy Butler leads a balanced scoring attack with 21.5 points per game this season. Bam Adebayo has contributed nearly 19 PPG and nine rebounds per contest. The Heat get scoring from a lot of different contributors, but Butler and Adebayo drive the bus on offense.

The Heat are not as a good of a defensive team as meets the eye. They are average or worse in a lot of defensive categories, but look to be better because they play at such a slow pace that they’re able to limit opposing possessions. That keeps their points against totals low for the most part.

The Bucks are 20 games over .500, but still sit 2.5 games out of the top spot in the East. It would be beneficial for the Bucks to win out in this back-to-back and see if they can leapfrog Brooklyn for the #2 seed. Securing home court advantage until at least the conference finals would be a big boost for this team, as the Bucks are 25-10 at home and just 20-15 on the road.

Defending the three-point line has become a key for the Bucks in every game. They are 29th in the league in 3P% against at 38.3%. If they don’t cover the perimeter and teams rain down threes, not only do those games get higher-scoring, but they can also give Milwaukee a hard time keeping up.

Fortunately Miami shoots a lot of threes, but doesn’t make a lot of threes. The Heat are seventh in 3P Rate, but 20th in 3P%, so they’ve chucked up a lot of shots with a marginal return on their investment. As bad as the Bucks are at defending the three, they are that good at defending two-point shots, ranking second in the NBA.

In looking at this game, the line looks a little bit light. The Heat are playing extremely well right now, but the Celtics haven’t been super invested and the Sixers are hit or miss with their engagement level. The Bucks have incentive here and should flex their defensive muscles inside the arc while Miami settles for long jumpers.