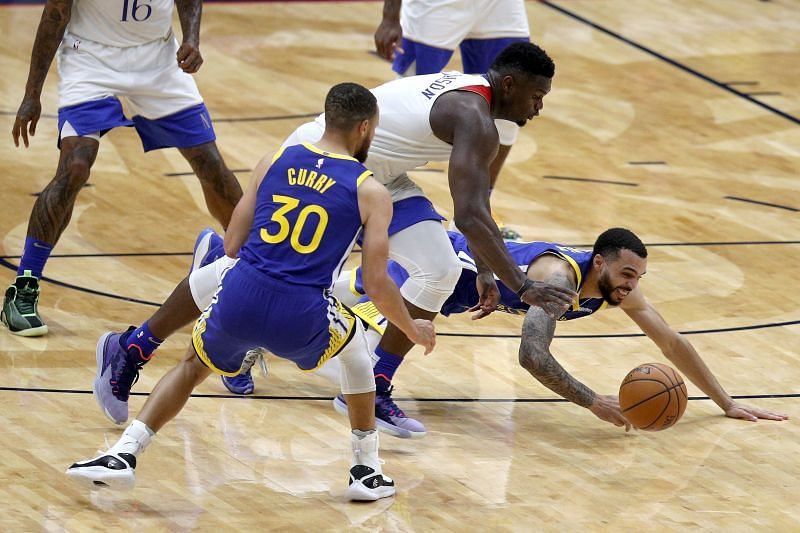 At this point in time, the only thing that can stop Steph Curry from getting buckets is the schedule. The Golden State Warriors will be in action on Friday night with two days rest against the New Orleans Pelicans, who most recently played on Wednesday. ESPN will carry coverage of this one, as the Warriors are a big home favorite a some of the biggest sportsbooks two points with a total of 224.5.

The Pelicans have been eliminated from playoff contention. The Warriors are locked into the play-in tournament, so there is a chance that we see guys like Draymond Green or Curry get a blow over the next couple of days. The Warriors have had to fight for their playoff lives for a little while now.

The way that the Pelicans got the ESPN and TNT spotlight this season, you would have thought that they would be a team in line for really special things. Instead, they will miss the playoffs yet again. A 5-10 start to the season put New Orleans into a really tough spot and wound up being a hole that they were not good enough to climb out of to make the playoffs.

Opportunities were there. The West bubble is weak, as teams like the San Antonio Spurs look to be backing into the field. Up until recently, the Warriors and also Memphis Grizzlies looked like teams that could be vulnerable if somebody went on a run. That run never came for the Pelicans. The NBA is built on streaks and New Orleans has not won more than three games in a row since February.

The thing that has to be a major disappointment for the Pelicans organization is that Zion Williamson has stayed healthy. Williamson has played 61 of the 69 games. There have been some bumps and bruises and load management situations, but he’s largely been on the floor. He’s scored 27 points per game in the process, too.

The Pelicans have gotten consistent production from Brandon Ingram, too. Their issues are all on the defensive side. It is a bad year to be bottom-five in 3P%, but the Pelicans are also in the bottom-five in defending the three-point shot. Opponents have jarred over 38% of their three-point attempts. That won’t get it done. Not in today’s game, especially.

With Golden State’s fade largely sealed, the question becomes how hard they push for these remaining regular season games. They’ll have limited margin for error in the play-in tournament and that means having everybody healthy and ready to contribute. This is a team that has played musical chairs a lot with the lineup, but there has been one constant.

His name is Steph Curry. Curry has scored 31.8 points per game on the season, but that doesn’t even scratch the surface of what he’s done lately. Curry had a streak of 30+ point games snapped by the Phoenix Suns on Tuesday in a back-to-back. He was 1-of-11 from three. The scariest part is that the Warriors actually won that game over one of the Western Conference’s best teams.

Curry wound up with 21 points on the sheer volume of shots that he took, but prior to that, he had scored 36 in a win over Utah and 83 points over two games against the Thunder. It was really nice to see the Warriors win a game when Curry was at his worst, especially because he’s been at his best so much this season.

Golden State is 10th in 3P%, due in large part to Curry. They’re bordering on a top-10 mark in 2P%. For as much as some of the role players haven’t contributed on offense, the Warriors are top-five in 2P% defense on the season and in the top 10 in 3P% defense.

Be sure to stay up on the news with this one because of the situations for both teams. The Pelicans should treat this one as business as usual. Golden State may not with some desire to rest Curry or some of the other top players on the team. It seems like Curry will play coming off of such a dreadful shooting performance and he’ll have the national TV audience to impress.

Expect the Warriors to stay hot on Friday.