Menu
Home » What Does the Future Hold For Taysom Hill and Drew Brees? 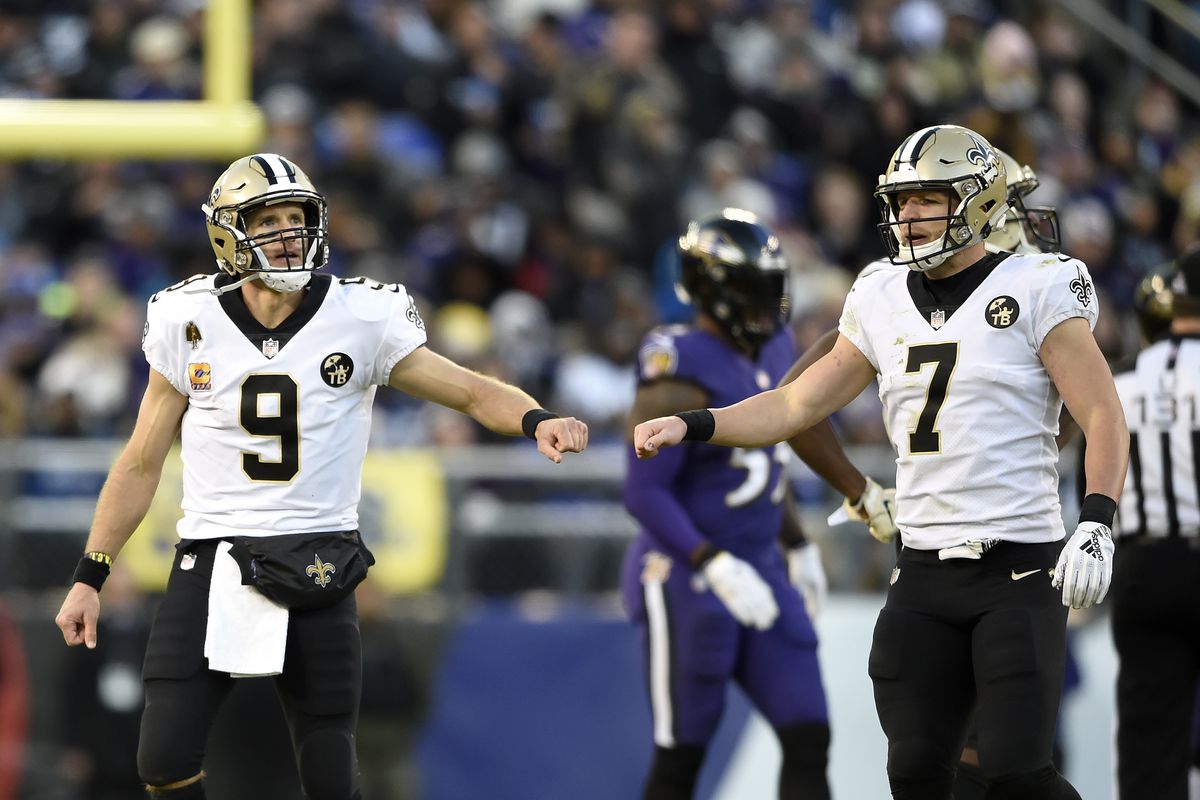 The New Orleans Saints have been fortunate to have Drew Brees at quarterback for as long as they have. However, like all good things, his time with the Saints will eventually have to come to an end. Fans will understand when he does call it quits, but they will be worried, too.

Who is going to take over the offense when Brees does retire? Will it be Taysom Hill? Sean Payton has loved to make use of him from time to time, and he got his first start last week with Brees nursing several fractured ribs.

But did he do well enough to take over for Brees when he retires? With all the injuries the last two seasons now, could retirement be on the horizon? The possibility of both probably led to BetOnline.ag offering the following two prop bets:

At the tender not-so-young age of 41, Brees has already played past expectations. Going beyond 40 is something only kickers usually do. Rumor has it he did contemplate calling it quits after the 2019 season before deciding to return.

It is easy to contemplate playing to a ripe old age when your healthy, but for the second time in two years, he is missing time because of injuries. It would not be hard to imagine him deciding he has had enough after this season—unless the Saints narrowly miss out on a Super Bowl bid.

If he thinks they can get to the Super Bowl next season, he will come back. But he could also decide he has had enough, and it’s time to join NBC as their next great analyst (he already has a contract).

It is worth noting that he has no guaranteed money left on his contract with the Saints after this season.

So, if he does retire, does that mean the Taysom Hill Era will begin? Not necessarily.

Fans expected the Saints to give Jameis Winston the start last week, but Sean Payton wanted to see what they had in Hill, so he got it. While he did not light up the scoreboard against the Falcons, he had a good day throwing the ball (18-23 for 233 yards) and running it (ten carries for 51 yards and two touchdowns).

It was not a great day, but it certainly was not a bad one either. It did, however, come against a bad team. However, the Saints do not really face a good one to test him against until Week 15 (Kansas City). By then, the Saints will be hoping to have Brees back behind center.

Whatever starts he gets the rest of the way will go a long way towards figuring out if Hill could be the starter next year (assuming Brees retires). But it will likely still come down to a QB competition net year in training camp.

It is hard to walk away, but with the injuries he has suffered the last two years, it would not be shocking to see Brees call it quits following the end of the 2020 season.  Unless Taysom Hill struggles in whatever starts he gets the rest of the way, he will be the starter in Week One next year.