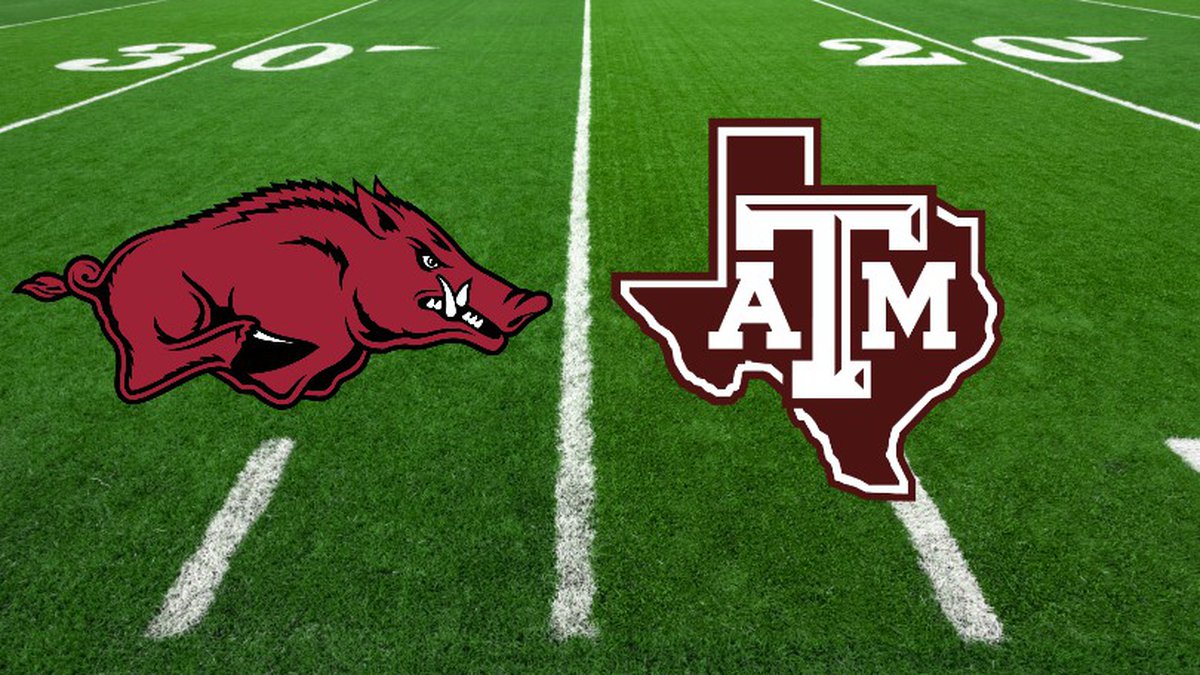 Texas A&M will search for its tenth straight victory over Arkansas this Saturday afternoon, as these two Southeastern Conference foes meet at the neutral site in Arlington, so here’s the best Aggies vs. Razorbacks betting pick along with the latest odds update.

The No. 7 Aggies are 5.5-point favorites for this SEC showdown at AT&T Stadium, while the totals sit at 48.0 points on Bookmaker Sportsbook. Last year, Texas A&M outlasted Arkansas 42-31 as a 14.5-point home favorite.

The Texas A&M Aggies (3-0; 2-1 ATS) picked up where they left off in 2020, winning the first three games in 2021 and extending their respectable winning streak to 11 contests. After a 41-10 thrashing of the Kent State Golden Flashes in the opener at home and a 10-7 victory over the Colorado Buffaloes at the neutral site, the Aggies blanked the New Mexico Lobos in Week 3, 34-0, covering a huge 30-point spread at home.

Freshman Haynes King started the 2021 CFB season under center but had to leave early in the Buffaloes game due to a broken tibia bone. Sophomore Zach Calzada took over and finished Week 2 with 183 yards and a TD, completing just 18 of his 38 passing attempts. Calzada had a much easier task against the Lobos and went 19-of-33 for 275 yards, three touchdowns, and an interception.

Junior Isaiah Spiller and sophomore Devon Achane lead the backfield, combining for 453 rushing yards and three touchdowns on the ground. The Aggies are racking up 185.3 rushing yards per contest this term (44th in the country) while allowing 162.0 in a return (88th).

The No. 16 Arkansas Razorbacks (3-0; 3-0 ATS) are off to a flying start of the 2021 college football season. Alongside a couple of expected and comfortable victories over Rice 38-17 and Georgia Southern 45-10, the Razorbacks hammered the No. 15 Texas Longhorns as 6-point home underdogs in Week 2, 40-21.

Last Saturday, the Razorbacks had an easy job against the Georgia Southern Eagles, racking up 633 total yards and surrendering just 237 in a return. Sophomore K.J. Jefferson threw for 366 yards and three touchdowns, while junior wideout Treylon Burks had three receptions for 127 yards and a TD.

Burks leads the way for Arkansas with 13 catches for 206 yards in 2021, while junior RB Trelon Smith has recorded 42 carries for 216 yards and three scores. The Razorbacks are tallying 282.3 rushing yards per game this season (8th in the country) while yielding 123.7 in a return (55th).

The Aggies are yielding only 77.3 passing yards per game (1st in the country), but their run D will be tested in this tough matchup with the Razorbacks who lean on their ground game. Arkansas is averaging 46.3 carries per game, so the Razorbacks certainly stand a chance against the No. 7 Texas A&M.

On the other side of the ball, both teams rank in the top 20 when it comes to the total yards allowed. Hereof, I’m expecting a hard-fought battle that could easily go back-and-forth. With 5.5 points on the table, the Razorbacks are my choice here, though buying a couple of points would be a smart move if you’re satisfied with the slightly lower wages.

I’m backing the under in this one, looking for both teams to put on another strong defensive performance. The Razorbacks will carry the pigskin as much as they can, trying to control the clock, while I’ve already mentioned the Aggies’ ridiculous secondary. The under has hit it two of their last three H2H duels.