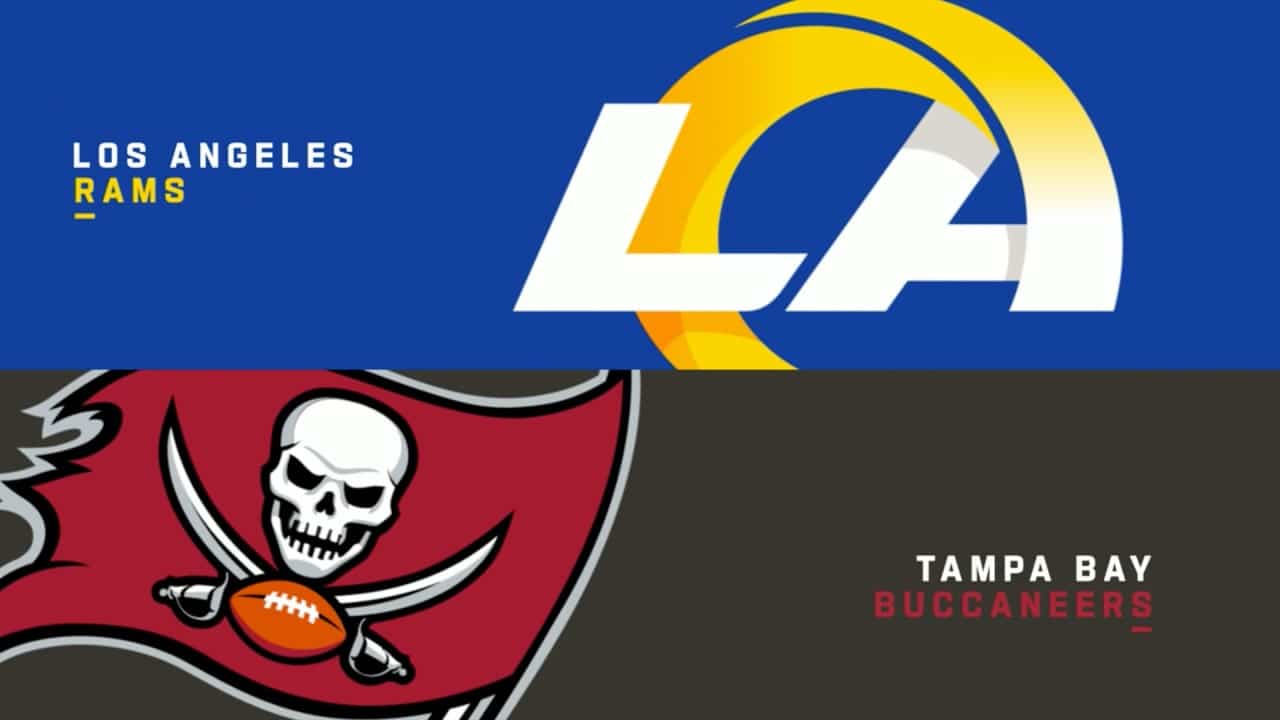 The 2021 NFL season continues Sunday, September 26, and the reigning champions head to SoFi Stadium in Inglewood, California, so we have prepared the best Tampa Bay Buccaneers vs. Los Angeles Rams betting pick and odds.

The Bucs are listed as slight 1.5-point favorites with their moneyline odds at -125 on most Sportsbooks. The Rams are +105 home dogs to win straight up, while the totals sit at 55.5 points. These two NFC foes meet for the third straight season, and the Rams outlasted the Buccaneers 27-24 as four-point road dogs in 2020.

The Buccaneers aim for their 11th straight W

The Tampa Bay Buccaneers (2-0; 1-1 ATS) had an easy job in Week 2, dismantling the lowly Atlanta Falcons as 13-point home favorites, 48-25. After a narrow 31-29 home win to Dallas in the opener, the Bucs had a field day against the Falcons’ terrible defense, converting four of their five visits to the red zone.

The Falcons tried their best and scored a couple of touchdowns in the third quarter to make it 28-25, but the Bucs had a proper response in the final period, including a couple of pick sixes from Mike Edwards. Tom Brady finished with 276 yards and five touchdowns, while the Bucs racked up just 82 rushing yards on 21 attempts.

Mike Evans was quiet in Week 1, so the clash against the Falcons’ secondary was a perfect opportunity for redemption. He had five catches for 75 yards and a couple of touchdowns. Ron Gronkowski also had a couple of scores, while Leonard Fournette added 76 yards from scrimmage.

The Rams hope to extend their dominance over Tampa

After a comfortable 34-14 home win to Chicago in the opener, the Los Angeles Rams (2-0; 1-1 ATS) visited Lucas Oil Stadium in Week 2 and escaped with a 27-24 victory. The Rams failed to cover a 4-point spread, but they fully deserved to beat the Colts and improve to 2-0 on the season.

Matthew Stafford led a couple of excellent drives in the fourth quarter, finishing the game with 278 yards, a couple of touchdowns, and an interception. Cooper Kupp put on another strong performance after tallying 108 yards and a TD in Week 1 and posted nine receptions for 163 yards and a couple of scores against Indianapolis’ solid defense.

The Rams allowed 109 rushing yards and 245 through the air against the Colts. Stafford completed 19 of his 30 passing attempts, as the Rams showed their balanced offense, carrying the ball 29 times for 101 yards. Darrell Henderson has recorded 29 totes for 123 yards and two touchdowns through the first two weeks.

The odds tell you enough. This clash could easily go either way, so I would buy a few points and take the hosts to cover. The visitors placed WR Antonio Brown on the COVID list on Wednesday and will probably miss their superstar wideout which will help the Rams’ secondary to focus on other players.

Both teams are loaded with talent. The Rams’ offensive line will have a tall task to slow down the Bucs’ pressure, but Tampa will also struggle against the Rams’ front seven. Los Angeles is 6-1 straight up and ATS in its last seven matchups with Tampa Bay.

The under is 11-6 in the Rams’ last 17 games, but their previous four contests went in the over. Also, the last four encounters between the Rams and Bucs went in the over, while the over is 5-2 in Tampa’s previous seven games overall.

If you like to follow betting trends, take the over. The Bucs have scored more than 30 points in eight of their last nine showings at any location, though they’ll face one of the best defensive teams in the league this Sunday.