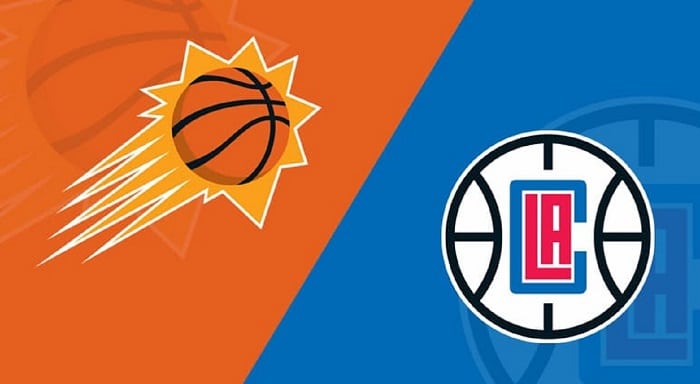 The Valley Oop will go down in Phoenix Suns lore forever. It will be held in even higher regard if the Suns can dispose of the Los Angeles Clippers and go to the NBA Finals. Phoenix is halfway there and got a huge lift on Wednesday when it was announced that Chris Paul will be back in the lineup after clearing all of the necessary COVID hurdles.

That means a full-strength Suns team takes on a not-full-strength Clippers team still missing Kawhi Leonard in Game 3. With Leonard’s absence and the Paul announcement, the Suns went from +1 to -1.5 in advance of Thursday’s all-important third game of the series. The total is 221.5 at Bovada Sportsbook with that Suns -1.5 number.

These have been two close games and a Phoenix Suns team not accustomed to playoff drama is growing up right before our very eyes. Phoenix executed a perfect inbounds play to win Game 2 and that was on the heels of going into the fourth quarter of Game 1 tied. The 120-114 win for Phoenix was a byproduct of locking down on defense. The Game 2 win was a byproduct of execution at a critical juncture.

Let’s see what happens in Game 3, as the Suns get their veteran leader back in Chris Paul. Paul has played through injury in these playoffs and it was clearly a bigger deal against the Trail Blazers than it was against the Nuggets. Paul led the Suns with 102 points over the four games in the series against Denver and added 41 assists against just five turnovers for good measure.

While the Suns missed Paul in Games 1 and 2, Paul has not played since June 13 and those 10 days could be a real blessing with the injury now likely in the rearview mirror. In Paul’s absence, Devin Booker continued his sensational playoff push with 60 points in the two games. He also had 16 assists and 17 rebounds. He put the team on his shoulders and took them where they needed to go.

What the Suns really need to do is find a way to have Cameron Payne out there at the same time as Paul. Payne had 40 points with 18 assists against just one turnover in his two starts without Paul in the lineup. While Booker and Deandre Ayton will get all the attention and accolades, don’t lose sight of what Payne did to help Phoenix shoot 53% from the floor in the first two games.

The Suns are up 2-0 despite shooting under 33% on threes. Paul should help in that regard as a responsible shooter and a strong passer. You really have to like where the Suns are right now.

The Clippers have prided themselves on making adjustments to this point. Head coach Tyronn Lue has pushed a lot of the right buttons, including the ones that helped the Clippers past the Jazz, despite the loss of Kawhi Leonard. In this series, though, Paul George has not been at his best and Reggie Jackson has been the only consistent secondary scorer.

The Suns have effectively taken away Terance Mann and Marcus Morris, who is playing through an injury right now. Morris has only played 23 minutes per game and has been awful while he’s been on the floor. The Clippers may just be out of steam after the emotional Game 6 in the second round and a long seven-game series with the Mavericks.

The condensed NBA schedule seems to be having a major impact on the Clippers and the injuries definitely don’t help. Through two games in this series, the Clippers are shooting just 45.2% from the floor. They haven’t defended well and George has been forced into a lot of tough shots.

A lot needs to change in Game 3, but the Clippers simply may not have the personnel to do it. Phoenix has a balanced scoring attack and was a highly-energetic defensive team throughout the regular season. The Clippers rely on a lot of 30+ players and Lue may simply need to bite the bullet and see if the young guys like Ivica Zubac and Mann can provide a spark.

It feels like the Clippers are toast after that Game 2 loss. They had a chance to steal one in the desert and came up short. Now the Suns, already feeling good with the 2-0 lead, get Chris Paul back, yet another scoring weapon and a very good facilitator of the basketball. The Clippers don’t have enough bodies to cover everybody and also find ways to generate offense. It simply has to be Phoenix here.