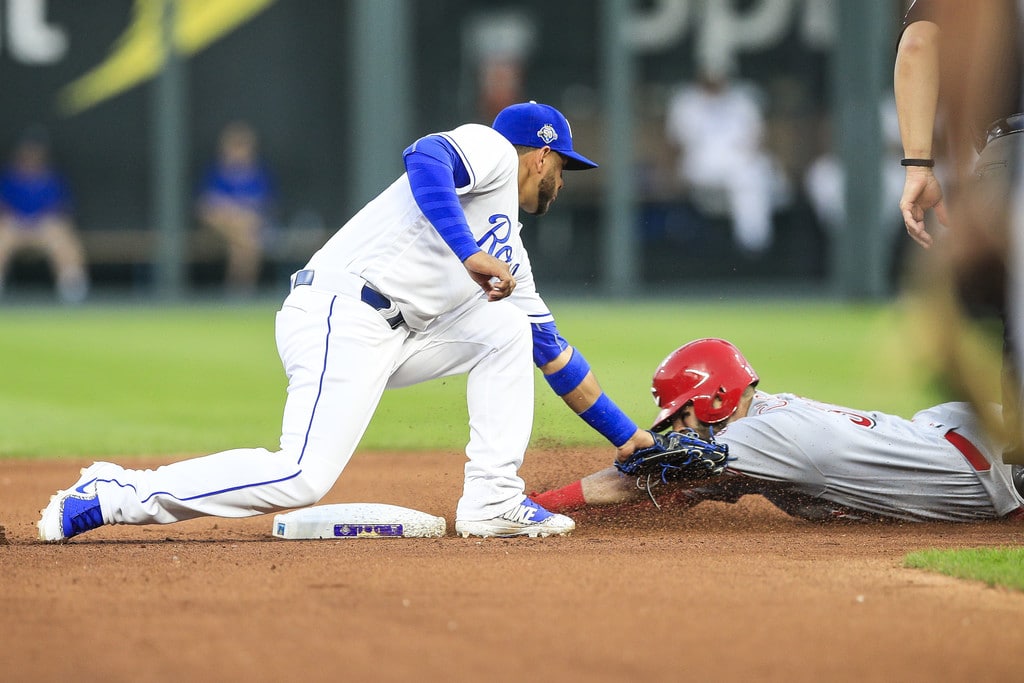 If you’ve been paying attention to the 2021 MLB season, you know that the Road Reds are much different from the Home Reds. Cincinnati is back out on the road on Monday to kick off an interleague series with the Kansas City Royals.

The Royals haven’t been very good at home or on the road this season, but still find themselves a short favorite in the -115 range at BetUS Sportsbook for this matchup with the Reds. It will be Vladimir Gutierrez for the visitors and Mike Minor for the host squad in the last game on the board by rotation number for the July 5 card.

The home and road split for the Reds have been the starkest in baseball, with the exception of the Colorado Rockies, who always experience such a phenomenon with the quirks of Coors Field. The Reds also play in a really great hitter’s park down along the banks of the Ohio River, a field that is regularly one of the best in baseball for hitting home runs.

That isn’t all that the Reds do at home, though. They have a very balanced, very potent offensive attack. Cincinnati ranks second in wOBA at home at .349, trailing only Toronto. On the road, however, the Reds rank 17th in wOBA at .302. That 47-point difference is one of the largest in baseball and there really is no rhyme or reason for it other than the park factor. The personnel is still the same.

We’ll see if the Reds can get the sticks going today against the Royals. They may need to in order to provide some run support for Vladimir Gutierrez, who is 3-3 to start his young career with a 4.93 ERA. He just allowed six earned runs to the Pirates over 4.1 innings to bump that ERA in the wrong direction. Gutierrez has a 5.87 FIP, so the Regression Monster was definitely lurking.

The youngster is only making the eighth start of his MLB career. He has struck out 30 and walked 19, but has a 32.5 Hard Hit% against, so he’s been able to mostly limit the damage that a high walk rate and a low strikeout rate typically causes most pitchers.

The Royals are very much going in the wrong direction. Kansas City actually spent 28 days in first place throughout April and into the first week of May, but those days are a forgotten memory at this point. The Royals have won all of six games in the last calendar month dating back to June 4.

That June 4 day was the final day of a five-game winning streak. As mentioned, the Royals have six wins since then and have been beaten by multiple runs a lot of times. This Kansas City offense ranks 20th with a .304 wOBA and hasn’t really been as good of a unit as the talent level would suggest. A lot of players are scuffling and have been for a while. Over the last 30 days, since that horrible run began, the Royals are just outside the bottom five in wOBA at .302.

While the rest of the league has improved offensively as a result of the substance crackdown for pitchers, the Royals haven’t gotten any better. That means that Mike Minor may not be able to count on a lot of run support today, even though Gutierrez feels like a decent matchup for the offense. Minor has a 5.33 ERA with a 4.20 FIP, so he’s had some problems of his own.

Minor has a 65.1% LOB%, so that has been the primary reason why his ERA is so much higher than his FIP. He has also created some of his own problems by allowing 15 homers in 96.1 innings of work. The home runs make his low LOB% that much more interesting because dingers clear off the bases.

Yes, the Reds are a much better team at home than on the road, but Cincinnati is still a team that should be favored in this spot. The Royals have not played well over the last 30 days and look nothing like the team that we saw earlier in the season. Cincinnati gets to add another hitter to the lineup with AL interleague rules and they have some good options for that DH role given the roster.