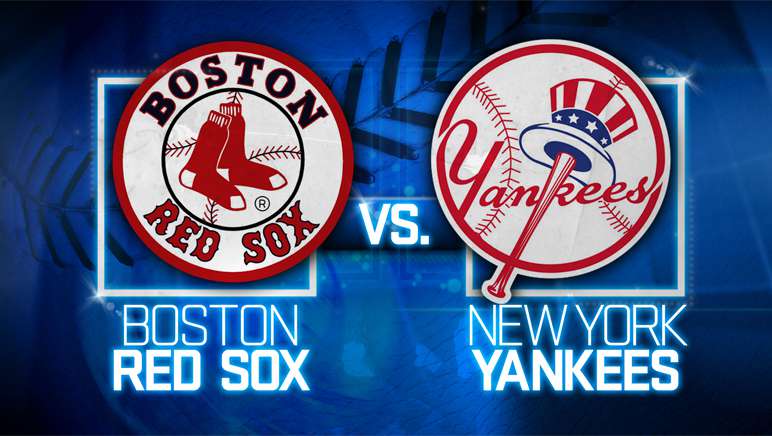 Sunday Night Baseball features a fairly familiar rivalry. The conclusion of the series between the Boston Red Sox and the New York Yankees is going to be the spotlight game on ESPN tonight with Garrett Richards for the Red Sox and Domingo German for the Yankees.

Even though the Red Sox have been bet against a lot this week, they’ve held their own, going 3-3 against the Astros and Yankees. We’ll see what happens tonight as money has once again come in against Boston with a line move towards the Yankees. New York is priced as high as -150 out there at Bovada Sportsbook with a total on the game of 9.5.

The Red Sox had this week get off to a bad start with three straight losses in Houston before winning the getaway day on Thursday. They have the chance at a 4-3 week here if they can finish off the sweep of the Yankees. It was all about Nathan Eovaldi on Friday and it was all about the offense on Saturday with seven runs against Jameson Taillon and the Yankees pen.

We’re still waiting to fully see the impacts of MLB’s crackdown on banned substances that are being used to increase spin rate and velocity. We saw a jump in the K% from 21.5% to 23.8% with yesterday’s outcomes, but batters are posting a .241 average with a .304 OBP and a .421 SLG over 3,116 plate appearances over the last three days. We’ve seen 118 home runs hit.

Compare that to a .236/.312/.395 slash with a 24.2% K% from April 1 to June 2, the day before it was announced and shared with teams that MLB would be cracking down. For a good offense like Boston’s this should help. The Red Sox had a tough time offensively in Houston, but have still swung the bats very well for the season and rank fifth in wOBA at .326. They’ve also been one of the better teams on the road, although their Fenway Park numbers do skew the balance a little bit because they’ve been so strong at home.

The Red Sox pitching staff has also been terrific, ranking fourth in fWAR, the FanGraphs calculation of WAR. The Red Sox have a 9.6% HR/FB% this season, as they’ve really gone all-in to try and prevent home runs and it has paid off in a big way with a 3.85 ERA and a 3.41 FIP as a team. That is the second-best FIP in baseball, trailing only the Mets.

Garrett Richards has a 3.75 ERA with a 4.04 FIP in his 60 innings of work. He’s got a high walk rate and that would be the concern with him. Fortunately, he’s got a 48.9% GB% to eradicate some of those walks and has just a 9.3% HR/FB% to fall in line with the rest of the Boston hurlers. Richards doesn’t have a high strikeout rate and has a 49.1% Hard Hit%, so you can see why bettors are skeptical today.

The Yankees continue to disappoint offensively and there is no rhyme or reason for it. The high quality of contact is there, as New York ranks in the top five of things like exit velocity, Hard Hit%, and the raw numbers of high-velocity batted balls, but ranks 20th in wOBA. The Yankees have struck out at a fairly high clip at 25.4%, but have also walked more than 10% of the time this season. They have a .280 BABIP and have only hit 69 home runs.

Perhaps Yankee Stadium isn’t playing as small as we remember it. The Yanks rank 24th in SLG overall at .372 and 28th in home SLG at .361. Only the Marlins and Mariners are worse and both teams play in extreme pitcher’s parks. It is hard to fathom why the Yankees are this bad offensively, especially because they’ve stayed relatively healthy and have a lot of good offensive players that they can use.

A high K% at home approaching 27% is a big part of the equation to say the least. Richards doesn’t have a lot of strikeouts in him, so perhaps this is a better matchup for the Yankees offense than the last two days with Nate Eovaldi and Eduardo Rodriguez, two guys with more strikeout upside and better stuff overall.

The Yankees are second in overall pitching fWAR and they’ve had an excellent bullpen this season, in spite of some injury problems, most notably Zach Britton, who has missed the entire season so far, and Darren O’Day, who has missed a lot of time.

They’ll turn to Domingo German in this one. In 10 starts covering 55 innings, German has a 3.27 ERA with a 4.45 FIP, so he is something of a negative regression candidate in that respect. He has a .245 BABIP and an 86.9% LOB% on the season. Home runs have been his problem with good K/BB rates otherwise.

The Red Sox and Yankees should both be set up for some offensive success tonight. Conditions also look very warm in New York tonight, even with the late start to the game, as temps will be in the 80s with rising humidity throughout the net. This looks like a good spot for an over, even with a high number at 9.5.