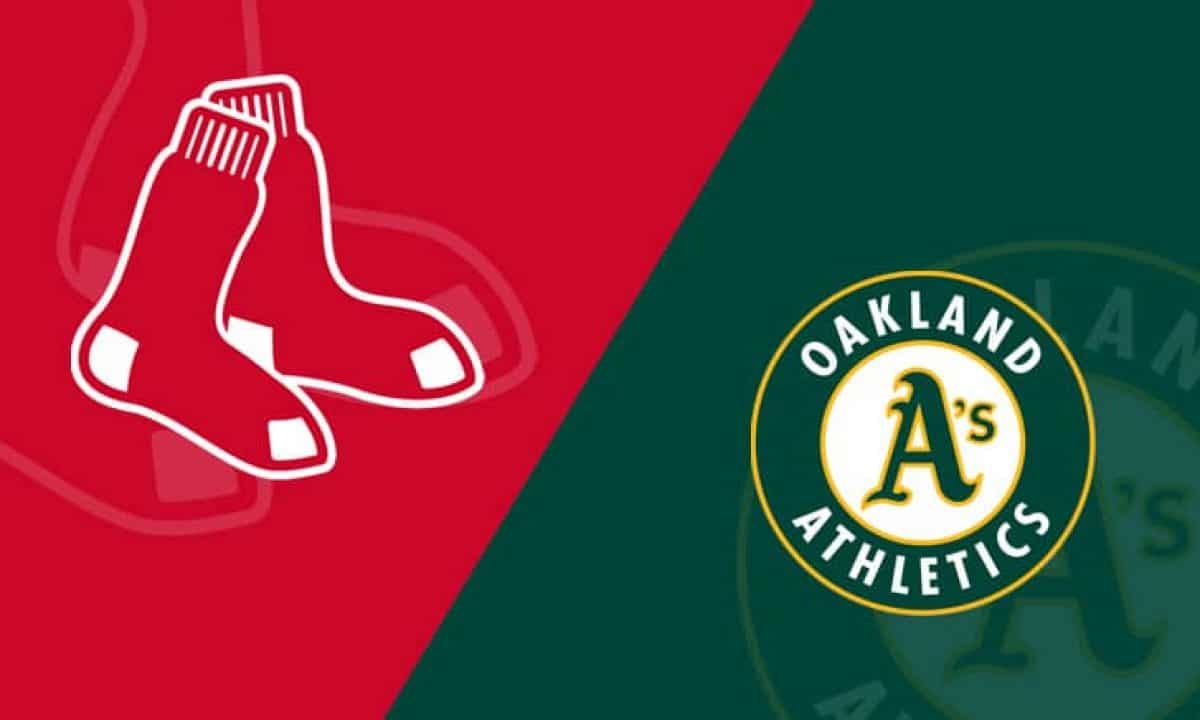 The Boston Red Sox let one slip away on Saturday, as they took a 6-4 lead in extra innings, only to ultimately fall in walk-off fashion by a 7-6 score. That sets up a rubber match for the series in Sunday’s contest with a 4:07 p.m. ET start time at the Oakland Coliseum against the Athletics.

Nick Pivetta and James Kaprielian are the listed starters in a game that will decide the winner of the series. Money has hit the board at top betting sites on the Oakland side to make the A’s a -115 favorite and the total is 9 for this July 4 matchup.

The Red SOx hold a 4.5-game lead in the AL East as things have really stabilized for them after a few rough weeks in late May and early June with a tougher schedule. Recently, the Red Sox have done well against the bad teams and also the good teams as they’ve gotten a strong grasp on the division lead.

This has been a great lineup throughout the season, but the starting rotation has been better the last couple of turns through the rotation and the bullpen has been a solid unit all year long. Many probably expected the Red Sox to drop back behind the Rays and maybe even the Jays and Yankees as the season went along, but that does not appear to be the case.

A punishing offense should keep the Red Sox at or near the top of the division for a while. Boston sits third in wOBA on the season, trailing only the Blue Jays and Astros. Everybody is trailing the Astros, who have just been off the charts offensively for a while now, but the Red Sox are clearly in the upper echelon of offensive teams.

The pitching staff has been the surprise, though, as the Red Sox rank fifth in fWAR as a pitching staff. They’ve found some diamonds in the rough, including Nick Pivetta, who hopes to get his seventh win of the season in today’s game. Pivetta has a 4.43 ERA with a 4.33 FIP in his 16 starts across 85.1 innings of work.

The thing you worry about with Pivetta here is that he has allowed six runs in two of his last four starts, so regression has hit and has hit hard. Since May 20, Pivetta has a 5.70 ERA over his last 42.2 innings covering a span of eight starts.

The A’s sit 2.5 games in back of the Houston Astros, but have very little margin for error on a daily basis and nearly no opportunities to gain ground. Oakland has had a fine season, but the Astros have had a one-sided edge in the season series and lead the division as a result. The problem is that Houston keeps winning, so all that Oakland can do is keep pace and can’t seem to get any closer.

Oakland ranks 12th in wOBA at .315, but if you use the park-adjusted wRC+ metric, the A’s are only two points lower than the Red Sox. That stat is tailored to account for the differences in park factor and Fenway Park is one of best offensive parks in baseball, while Oakland Coliseum is very much not. The other AL West venues aren’t nearly as good for hitting as the other AL East venues either.

The A’s walk more than Boston and strike out less often than the Red Sox, so this is a legitimate offense looking to stack up against Pivetta in this matchup. One thing to consider about the A’s, though, is that they have a 102 wRC+ at home, but that only translates to the 20th-ranked wOBA in the league at .308. Relative to the park, they hit well, but their offense is definitely better on the road.

James Kaprielian will hope for some run support today anyway, as he makes his 10th start of the season. Kaprielian has a 3.06 ERA, but it comes with a 4.41 FIP, so there are some regression signs in the profile for him. He has an 87.3% LOB%, so he’s been stranding a ton of runners and that has allowed him to keep his ERA low.

Kaprielian has only been able to pitch 19 innings at home this season with the way his turn in the rotation has fallen, but he has a 1.42 ERA there with a .224 wOBA against. As an extreme fly ball pitcher, the friendly conditions at the Coliseum are a big help.

The money that we’ve seen on the A’s appears to be pretty sharp in nature, as we’ve seen Oakland flipped into a favorite capacity here based on some sportsbooks that opened the Red Sox as the chalky team. Nick Pivetta’s recent returns are concerning, though both he and James Kaprielian have increased margins for error pitching at the Coliseum.

The A’s are the pick here, as Pivetta has been more hittable than Kaprielian lately.