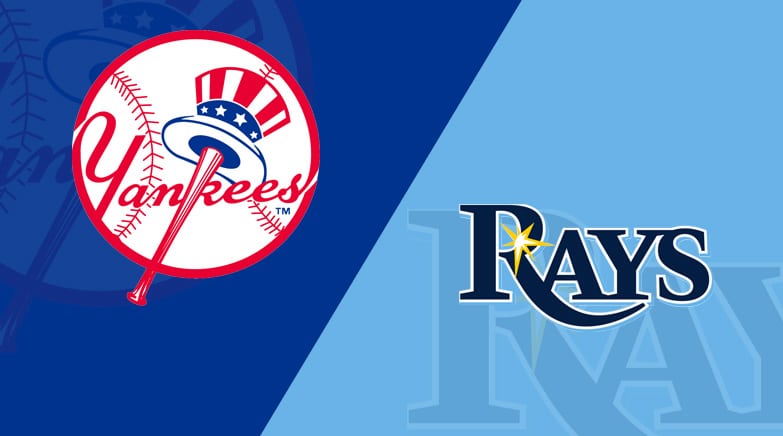 Tuesday night looks like a great night on the diamond. We’ve got 15 games scheduled and all of them are night games, so that means you don’t have to rush your handicaps and won’t have to worry about sweating that game when you’re supposed to be busy at work.

With all kinds of games to choose from, let’s head to the Bronx, where the Tampa Bay Rays and the New York Yankees will do battle in the next installment of their AL East rivalry. Tampa drew first blood by a 3-1 count in the series opener on Monday to open up a 5.5-game lead on the Yankees in the division race.

Tuesday’s game features Tyler Glasnow and Domingo German, as the Rays are laying a road price in the -125 range with a total of 7.5 at Jazz Sports.

The Tampa Bay Rays lost on May 1 to fall to 13-15. At that time, they were four games out of first place in the division. Over the final 30 days of May, the Rays reeled off a 22-5 record to leave the month in first place by two games over the Boston Red Sox. It was some kind of special month for the Rays with a 10-game winning streak and then a five-game winning streak to finish it out.

We’ll see if June ends up with similar returns for the Rays, who have overcome all sorts of pitching injuries and a bad set of offensive statistics at home to be atop the strong and deep AL East Division. This is a Rays team that ranks 25th in wOBA and 25th in SLG at home, but leads baseball in wOBA on the road and ranks fifth in SLG.

Usually you see teams with an opposite home/road dichotomy, but that’s just how it goes with Tropicana Field and some good offensive ballparks in the AL East. The Rays also have a top-10 pitching staff by fWAR, so they’ve been solid when throwing the ball, along with doing pretty well hitting it.

Today’s game features Rays ace Tyler Glasnow. Glasnow has a 2.57 ERA with a 2.98 FIP in his 70 innings of work. It’s been great to see a healthy Glasnow with a booming strikeout rate and a solid walk rate. He struck out 11 over eight innings last time out and now has 98 K in his 11 starts. He’s given up nine homers, but that can come with the territory when you’re around the plate a lot. As long as they are solo home runs due to a low walk rate and a .169 batting average against, you can live with those.

Despite key injuries to several relievers that would have made the Opening Day roster, Tampa Bay’s bullpen ranks 14th in fWAR. It’s been a solid group with a 3.50 ERA and a 3.78 FIP. The Rays haven’t racked up as many strikeouts as some relief units, but have limited walks better than most and bring a lot of different arm slots out of the pen to confuse hitters.

The Yankees just refuse to take the leap offensively that we’ve all been waiting for. Despite ranking in the top five in contact quality and Hard Hit%, the Yankees are just 17th in wOBA and 24th in SLG. That is an inexcusably bad offensive performance for a team with this level of talent and this amount of high-quality contact.

New York hasn’t even dealt with a ton of injuries to the lineup either. Giancarlo Stanton just returned from his requisite IL stint and Luke Voit just hit the injured list due to a strained oblique, but for the most part, the Yankees have been pretty healthy on the offensive side. For whatever reason, they just haven’t been able to hit.

Where the Yankees have gotten a little thin is on the bullpen side. Zach Britton remains out after having surgery in March. Darren O’Day is also sidelined and Justin Wilson just hit the IL last week. Corey Kluber hit the injured list as well and his prognosis for the rest of the season is not good. That left the Yankees scrambling a bit last week, as Michael King and Deivi Garcia were pressed into starting roles against the Tigers.

Today’s starter will be Domingo German. The right-hander missed all of last season serving a suspension for a domestic incident. He’s pitched well over nine starts with a 3.06 ERA and a 4.24 FIP. His 87.3% LOB% is subject to some regression, which is why his ERA is so much lower than his FIP. He’s allowed nine homers in 50 innings, which is the primary reason why his FIP is elevated. German has made some positive changes to his pitch usage, though, including more emphasis on his changeup. He’s induced more ground balls as a result.

The Yankees have been without a key reliever in Britton all season, but still rank fourth in reliever fWAR. Their 2.82 ERA is third behind the Cubs and Padres and their 3.60 FIP ranks in the top 10. They’ve had some good strikeout rates and other peripherals as well. The Yankees have had to win with pitching with the slow offensive numbers and they’ve been able to do exactly that.

It doesn’t seem like the Yankees will do too well against Tyler Glasnow, given that they haven’t done too well against lesser pitchers this season. How the Rays do against German remains to be seen, but he does have a low walk rate and forces hitters to hit their way on base. That is a strong skill to have.

The total on this game sits at 7.5 and has been bet up to 8 at some places, with over juice at others. Ultimately, though, we’ll look for the Rays to stay hot and also for the Yankees to continue to have issues in the batter’s box.

The Tampa Bay Lightning are now on high alert. The New York Islanders were pummeled[…]