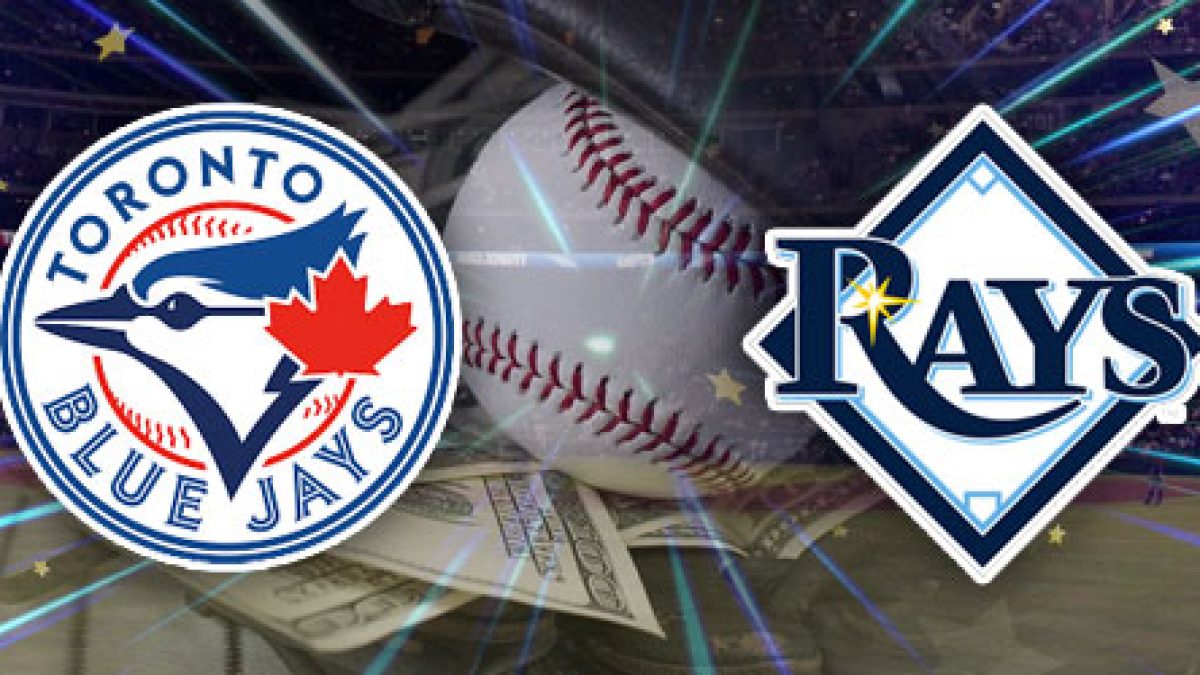 Lots of day games are on the baseball betting board for what is shaping up to be an awesome sports day. The NHL and NBA have set up their playoff games to take place throughout the day. We’ve got UFC and a day of carnage likely coming at the PGA Championship.

Frankly, baseball will probably take a back seat for most people, but not us, as we dig into a Saturday card that looks to have a lot of blanks and a lot of TBDs based on the overnight lines.

We’ll put our focus on the battle in Florida between the Tampa Bay Rays and the Toronto/Dunedin Blue Jays. The Jays have taken money and are the -120 favorite at BetUS Sportsbook with a total of 9.

If you like sabermetrics and are a nerd about baseball, it is always an exciting time to follow the Tampa Bay Rays. With what happened on Friday, it is really an exciting time. Willy Adames did quite well for the Rays, but with Taylor Wells, Vidal Brujan, and baseball’s #1 prospect in Wander Franco in the system, the Rays had to make room at shortstop at some point.

Wells will be the first to get the call by virtue of his defense and his spot on the 40-man roster, but Brujan and Franco are not far behind. The Rays are one of the best defensive teams in baseball and they’ve picked up the offense lately to match. They aren’t hitting for a whole lot of power, as they entered play on Friday with a .404 SLG, but still ranked 10th in wOBA with a mark of .316.

With the Tropicana Field park adjustments in play, their wRC+ of 107 put the Rays fifth going into Friday’s games. Also, the Rays are a top-five offense on the road, trailing only the White Sox and Twins. They’re even ahead of the Red Sox, who have been as hot as anybody this season.

The crazy thing is that Tampa Bay could be a lot better, but the Rays are striking out a lot this season. We’ll see if they can make contact against Robbie Ray, who has completely changed his strategy this season.

Shane McClanahan will get the nod for the Rays in this one. Over his first 17.1 innings as a big leaguer, he has a 4.67 ERA with a 3.71 FIP and a 3.06 xFIP. He’s given up nine runs on 17 hits with 22 strikeouts against five walks. McClanahan went a season-long 5.1 innings last time out and allowed a season-high four runs to the Mets. He struggled early, but finished on a high note by retiring eight straight to end his outing.

The game of musical chairs in the Rays bullpen has left that unit a little bit weaker than expected due to injuries, but, as always, the Rays have figured it out to be respectable at the back end.

The Blue Jays offense is on a torrid pace of late. Entering Friday’s action, Toronto was the third-ranked offense in wOBA over the last 14 days. Only the Astros and White Sox were higher. Toronto is making a ton of contact, which really helps in an era when strikeouts are again higher than ever. The Blue Jays have also made a lot of thunderous contact with a lot of guys that can rake.

Let’s also be honest that TD Ballpark in Dunedin has helped their cause tremendously. We’re staring down the barrel of a record low batting average across MLB, but the Blue Jays went into Friday batting .285 at home. That was the best mark in baseball by eight points over the Astros and Red Sox. The Jays also led the league comfortably in wOBA and wRC+.

With a June 1 relocation to Buffalo looming, the players may end up lobbying the team to stay down in Florida and deal with the sweltering heat and humidity of the summer months. Sahlen Field played well for them last season, but nothing like Dunedin this season.

Robbie Ray has been quite the story this season. He’s got a 3.79 ERA, but a lot of people will look at his 5.19 FIP and think the worst. It would be hard to blame them. Ray has allowed 11 home runs in 40.1 innings of work. As the old saying goes, it’s like robbing Peter to pay Paul with regards to Ray and the Jays. His walk issues are gone. He’s only walked 6.6% of batters this season and has only walked two of the last 122 batters he has faced in this five-start stretch.

He’s also allowed 10 home runs. He’s throwing more strikes, which is great. He’s also allowing more home runs, which is not. A pitch usage change to throw more fastballs has been the root cause of the improved control for Ray. Unfortunately, he can allow a lot of hard contact on the fastball and that has undoubtedly been what has happened in his last five. For the season, his Hard Hit% is 48.1% and his Barrel% is 12.3%.

It is hard to overthink this one, but even with the high total approaching double digits on this game, you have to look over. The Rays are a great road offense. The Jays are an awesome home offense. McClanahan is still finding his way and Ray is trying to find a new way, one that includes a lot of extremely hard, extremely violent contact.

You can play the 1st 5 over if you don’t want the bullpens involved here and that’s likely reasonable, but I could also see Ray getting into the sixth and totally unraveling.