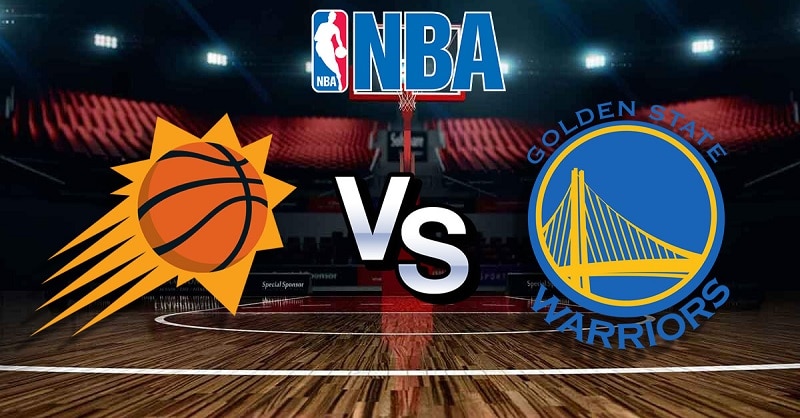 We’ve got a big basketball board today in the Association with lots of games on Tuesday night. Certainly a lot of people will be interested in Knicks vs. Lakers, especially with LeBron’s return to the lineup, but let’s look at something different and find another game to highlight.

How about the game between the Phoenix Suns and the Golden State Warriors? The spot would seem to favor the Suns, who were idle last night. The Warriors won by three over Utah, nearly blowing a 14-point lead after three quarters in the process. The Suns are -5 at BetUS Sportsbook with a total of 230 for tonight’s matchup.

Here is a breakdown and a free pick on the game:

The Suns should have a little extra pep in their steps tonight. Golden State’s win brought their chances of winning the Western Conference back into view. It still feels like a little bit of a long shot with a 1.5-game deficit, but the Suns can cut the difference to one game tonight by winning the game they have in hand.

Phoenix is looking for a bounce back effort following the 123-110 loss to the LeBron-less Lakers on Sunday on the road. It came after such a strong effort against the Knicks at home on Friday in a 23-point victory. Resilience has been a big part of Phoenix’s season. The Suns lost consecutive games on the road at Boston and Brooklyn on April 22-25. It marked the first time since January 22-27 that the Suns lost consecutive games. That was a three-game losing streak and the last time the Suns were a .500 team.

It is also the only other time that the Suns have lost consecutive games. They’ve bounced back well from losses and that is what they’ll hope to do here. Sunday marked a rare off night for Devin Booker, who had 21 points, but 11 of them at the free throw line. He was just 5-of-14 from the floor. It was Cameron Payne who had 24 in 20 minutes off the bench to push the Suns forward.

Anthony Davis had 42 points for the Lakers in that one, but 15 came at the free throw line. The Suns won’t have to worry as much about defending a big in this one. They’ll have to worry about guarding Steph Curry.

Curry’s assault on the NBA continued on Monday with 36 points in the 119-116 win over the Jazz. The Warriors have won five of their last six and 10 of their last 15, due in large part to what Curry has been doing. He isn’t getting a ton of help right now, but he hasn’t needed it. He’s scored at least 30 points in seven straight games and nine of his last 10. He was actually just 3-of-13 from deep last night, but hit the big shots when he needed to for the win.

Andrew Wiggins’s inconsistent play continued with 14 points on just 6-of-19 shooting. The Warriors have missed Klay Thompson all season long. Wiggins has decent numbers, but he hasn’t been as consistent as you would like to see. Draymond Green is barely a scoring threat anymore, but he is still an assist machine. He had 10 dimes last night. Jordan Poole actually won the Best Supporting Actor Award with 20 points in just 19 minutes last night.

The Warriors have won three in a row and their recent play has pushed them to a positive point differential on the season. They’re playing well at the right time. There is a lot of incentive to holding down the #8 seed because your play-in tournament appearance becomes a double elimination if you do. The #9 and #10 seeds play an elimination game. The loser of the #7 vs. #8 game gets a second chance the next night.

So the Warriors, who are a half-game ahead of Memphis, who does have a game in hand and is in action tonight, do have a lot of incentive to keep winning games.

Phoenix’s resiliency has been a big asset this season in their quest to not only make the playoffs, but possibly win the Western Conference. The Warriors are locked into a nice groove right now with Curry’s play and whichever other players decide to step up. The Suns are in some uncharted territory, while the Warriors are used to the pressure cooker, at least some of the key guys anyway.

The Suns should win here, but the Warriors can cover five points. I’m looking more at the over, though. The Suns have bounced back really well offensively after a loss and the Warriors are in a B2B, which could hurt their legs a bit on the defensive end.

Pick: Over 230 @ Your favorite US sportsbook