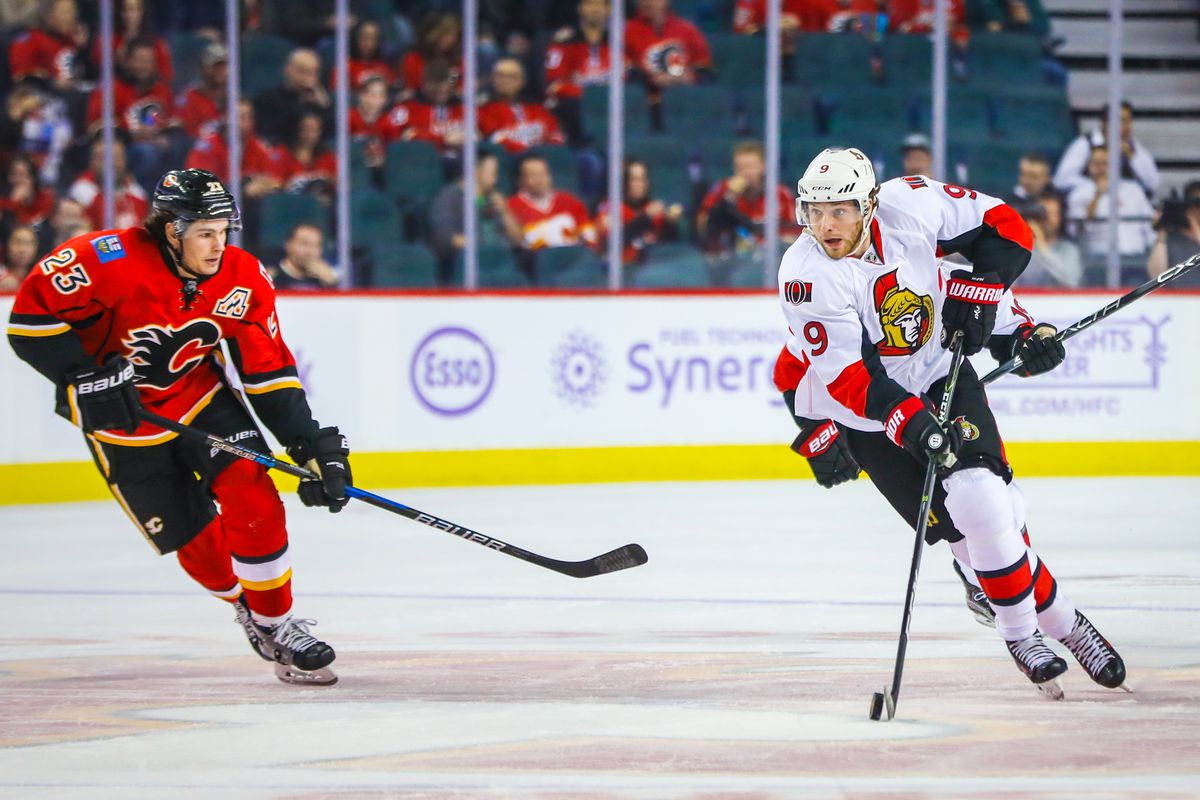 There are only two games in the NHL tonight, so pickings are quite slim for bettors. We’ll look at the late game between the two, as the Ottawa Senators visit the Calgary Flames at the world-famous Saddledome in Alberta.

BetUS Sportsbook has Calgary favored in the -180 range with a total of 5.5 that looks to be going up to 6 in pretty short order for this matchup between teams that are both out of the playoff race. Calgary is not mathematically eliminated yet because of games in hand, but the margin for error is virtually zero.

Let’s take a look at this one and both sides of the game to find a NHL pick.

It is always interesting to see how teams play out a season that won’t end up where they would have liked. There were no delusions of grandeur for the Senators, though. They weren’t making the playoffs and knew it. This was a developmental year for the Senators, who have a young team, lots of draft picks, and are building towards something very special in the future.

There are only five players over 30 on the Senators roster and taxi squad. None of the goaltenders. None of the defensemen. There is one teenager in 19-year-old Tim Stutzle, who had a hat trick last night against the Jets. There are several 20 and 21-year-olds playing big minutes, including leading scorer Brady Tkachuk and defenseman Erik Brannstrom, who was acquired from Las Vegas in the Mark Stone trade.

This young team with fresh legs is still playing hard with an 8-1-1 record down the stretch and a three-game winning streak in tow heading into this game. The Senators have a lot of incentive to keep pushing forward and these young players are still looking to make an impact. Hitting incentives on their rookie deals doesn’t hurt either.

Veteran starter Matt Murray remains out, so the Senators have had to shuffle things around a bit in net. Last night’s start went to 22-year-old Filip Gustvsson, who is now 4-1-2 with a 1.89 GAA and a .942 SV% in his seven appearances. With the back-to-back, Anton Forsberg probably gets the call with a 3-3-1 record, a 2.87 GAA, and a .917 SV%. It might Marcus Hogberg with a 4-7 record and a 3.74 GAA with his last start in a Sens uniform, but it feels like Forsberg is getting the more important reps.

While the Senators are surging towards the finish in hopes of building something for next season, the Flames are barely burning. They are 5-5 in their last 10 and have lost two in a row with the playoff pipe dream floating away with each passing day. Had the Flames taken advantage of Montreal’s current three-game skid, things could have been different. Because they haven’t, Calgary will watch the playoffs from the couch.

Calgary has a huge rest advantage over the Senators tonight. The Flames have not played since May 5. They have five games left and this is the last one against a team not named Vancouver. The Flames lost some games against the Canucks when the strain of COVID-19 hit the Canucks and wiped out just about everybody on the team. You really have to wonder how invested the Flames will be in this game and any of those other upcoming games.

Perhaps they rally here, but they’ll need to win all five and hope for help from Montreal to make the playoffs. Calgary has dropped three of four and has only scored five goals over those four games. Players like Johnny Gaudreau and Sean Monahan have not had good seasons. The Flames may need to reshuffle the deck in a big way going into the offseason. Where the Senators are building something really special with a lot of young players, Calgary’s draftees and young acquisitions have not developed together as they’ve aged.

Jacob Markstrom has been pretty decent in his first season for Calgary, but not nearly as good as we saw him last year for the Canucks. He’s got a 2.70 GAA with a .904 SV%. He hasn’t gotten a lot of help in front of him this season, as the Flames haven’t given him much offensive support and haven’t kept teams to low-percentage scoring areas.