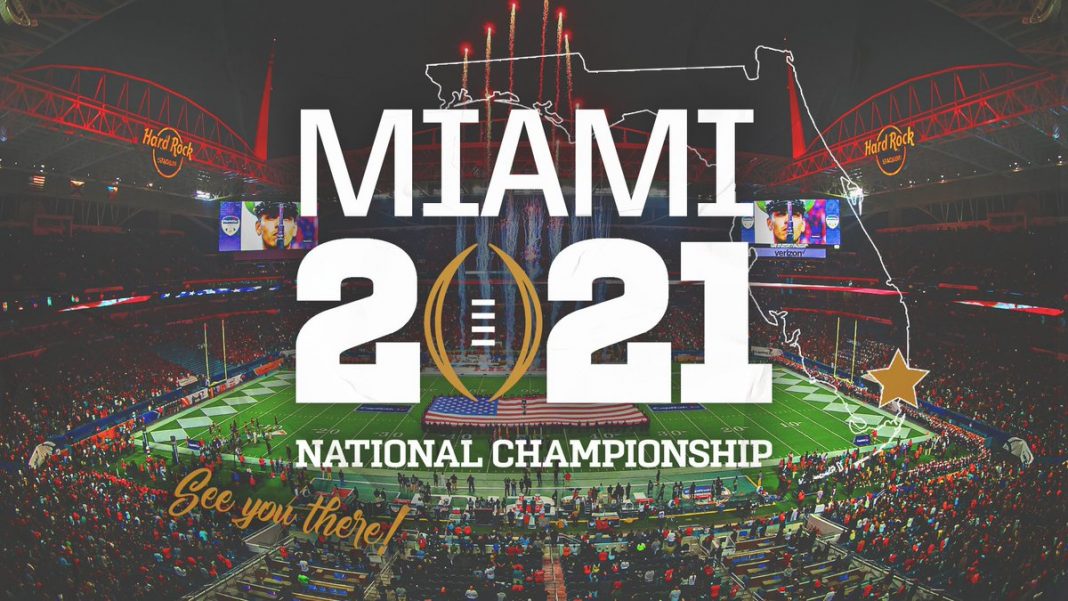 For no, it appears that the college football season is going to kick on schedule. Assuming it does, fans and the media will soon be debating who will win this year’s national championship. It is not hard to predict some of the questions that will come up in most discussions.

Can LSU repeat despite losing so many key players off last year’s team? Will Alabama or Clemson retake the throne? Could it be Ohio State’s time to get back on top? If the champion isn’t going to be one of the usual suspects, then who?

Who is going to win the college football national championship?

Most, if not all, sportsbooks will be carrying odds soon for the national championship (if they aren’t already). The odds at Bovada.lv are as follows:

So, without spring football this year and with 130 teams vying for the title, how do you pick just one?

Well, you can start by letting the oddsmakers weed out most of the non-contenders for you. Some of the best sportsbooks may list odds for everyone, but let’s be real—most teams are already out of the running. But there are plenty that are still in it.

Some may find it natural to gravitate to whoever the preseason No. 1 is in the polls. After all, the polls are going to consider all factors. So, why not let them do the hard work for you? Easy—because they usually don’t get it right.

Since the AP poll began in 1950, only 11 preseason No.1 teams (six programs) have gone on to win the national championship. Thirteen ended up finishing outside the top ten, and six didn’t even make the final poll.

On a side note, the preseason No. 3 has gone on to win the title 11 times.

Be wary of teams that look like they could go undefeated as well. The last two champs were undefeated, but before them, you have to go back to 2013 (Florida State) and 2010 (Auburn).

Even though history doesn’t favor the preseason No.1 team, Clemson is the safest bet. The Tigers have an incredible team coming back and will most likely be in the playoffs again and possibly the title game.

No one would fault you for betting on Ohio State or Alabama, either. But if you want to roll the dice a little, give Texas A&M some thought. If Jimbo Fisher can finally start earning his paycheck, the Aggies have the kind of schedule that will put them on the committee’s radar—especially if they can end the season with a pair of wins (against Alabama and LSU).

If you are interested more in longshots, give USC, Oklahoma State, and Minnesota a look. All three have the potential to contend but need a few guys to step up and fill roster holes to become legitimate contenders.