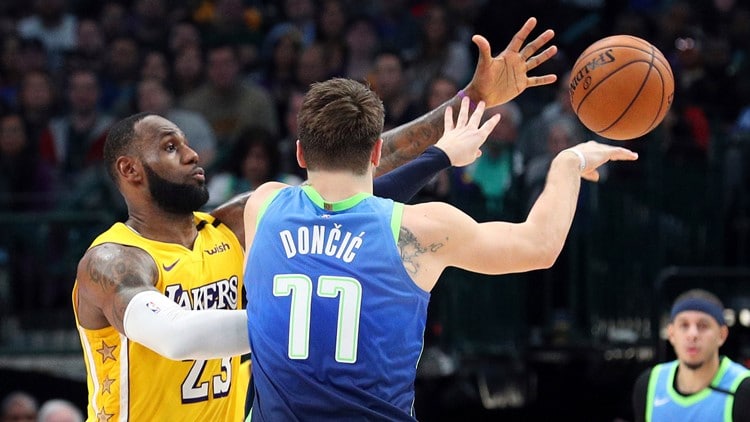 If you are the kind of NBA fan that likes to look ahead, then you have probably already thought about who you think will the championship next season and maybe even the MVP. However, a lot can happen before the start of the season, i.e., the draft, free agency, etc.

Any and all decisions teams make in the days, weeks, and months ahead could impact a team’s shot at the title or a player’s shot at the MVP. There is, of course, a solid chance those decisions could negatively or positively impact those odds.

But when it comes to the MVP, we know who the top candidates are going to be. In some cases, their odds may never be longer than they are now odds via Bovada.lv one biggest online sportsbooks.

It may seem surprising that Luke Doncic is the favorite. But the Mavericks rising star was in the conversation and even had the second-best odds to Giannis Antetokounmpo. He has the game, and if he continues to improve heading into this third NBA season, he could win it.

That would mean he would need to beat Giannis Antetokounmpo out for the award, which will not be easy. There is no reason to think he will not be just as great as he was in the last two years during regular season play.

The NBA has no problem awarding the same guy MVP for three straight seasons. If you are so inclined, take him now since his odds will likely never be as high as they are now again.

But whether he stays in it will depend on who they hire as their next head coach and how they fill out their roster.

Steph Curry will get the kind of attention a potential MVP candidate wants when he makes his return this season. But if he struggles to find his groove for a while, he may slip away from contention early on.

Kyrie Irving and Kevin Durant will be two guys worth keeping an eye on. But we have no idea what the Nets will look like under Steve Nash or how well these two are going to play together.

All eyes will probably be on Jimmy Butler, too. After the show he put on during the postseason, he will probably grab some attention from early bettors.

That is a great question and one that could be answered in many different ways. There are just so many variables that could impact how everyone performs this season. But this would be a good time to go with one of the favorites since their odds are probably not going to be any longer than they are now.

But if you really want to hear a name or two, go with either Giannis Antetokounmpo or Jimmy Butler or put a little on both).