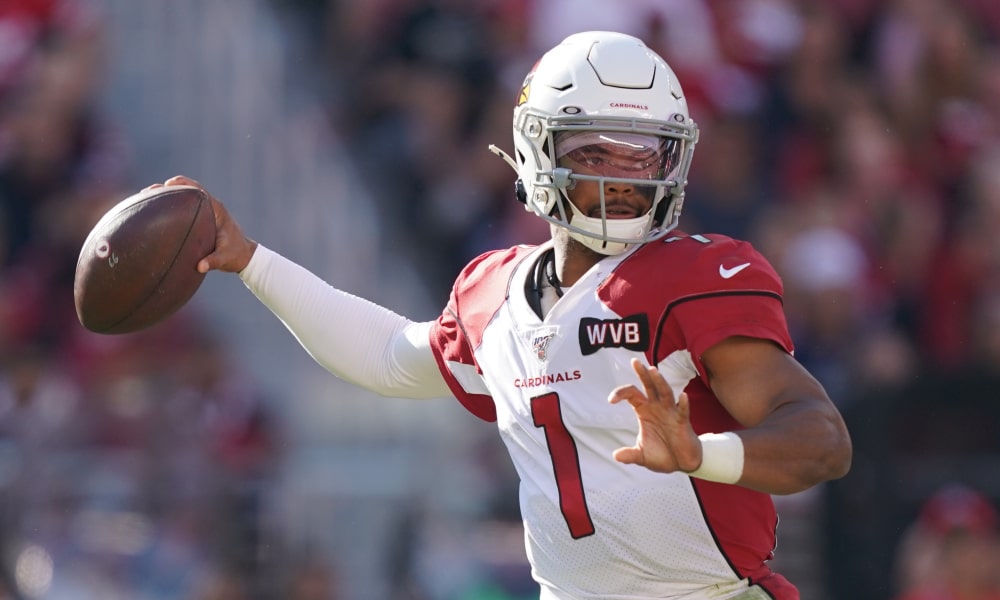 As the rules of the NFL trend more and more in favor of protecting quarterbacks and encouraging teams to pass, quarterbacks are going to continue to post gaudy numbers—like last year’s champ, Jameis Winston (5,109 yards).

Since Winston is now in a backup role, he is highly unlikely to repeat the passing champ this year. A new champ will be crowned this season, but who will it be?

It should come as no surprise who oddsmakers have installed as the favorite (odds via MyBookie.ag):

Passing yards champs tend to fall into one of two categories (and sometimes both). They play for teams that feature the passing game (i.e., Drew Brees with the Saints) or are competitive but often play from behind (Jameis Winston with the Bucs).

We know some guys are going to be in the running like Patrick Mahomes, Matt Ryan, Matthew Stafford, Aaron Rodgers, and Drew Brees. These guys all play in offenses that feature the pass and have done so with great success in recent years.

Dak Prescott got within 98 yards of the 5000-yard mark last year. With CeeDee Lamb added to his arsenal. New offensive coordinator Kellen Moore definitely favored the passing game last year. But with Prescott, there is the ever-present possibility they feature Ezekiel Elliot and the run game.

Jared Goff has thrown for 4600+ the last two years, and the Rams will likely feature the passing game again as they try to find another feature-back. Ben Roethlisberger, the 2018 champ, should be in the running again—assuming he returns as good as ever. Russell Wilson certainly has potential, but lately, the Seahawks seem to be focusing more on the run game.

The possibilities are endless here. Mahomes is the safest choice but comes with the lowest payout. Prescott could be a great one, but the Cowboys are going to get Ezekiel Elliot the ball a lot. The potential Brady has with guys like Mike Evans, Chris Godwin, and Rob Gronkowski is certainly a tempting bet.

No one would fault you for betting on Drew Brees, either.

If you are open to some risk, there are some great longshot candidates. Ben Roethlisberger did lead the league in passing yards in ’18. Kyler Murray certainly has potential with DeAndre Hopkin added to his arsenal.

But the most intriguing longshot is Deshaun Watson. Of course, the key to his chances will be everyone staying healthy and on the field—which would be an attractive prop bet in itself. But if everyone can stay healthy, the Texans offense could be something special, despite Bill O’Brien.