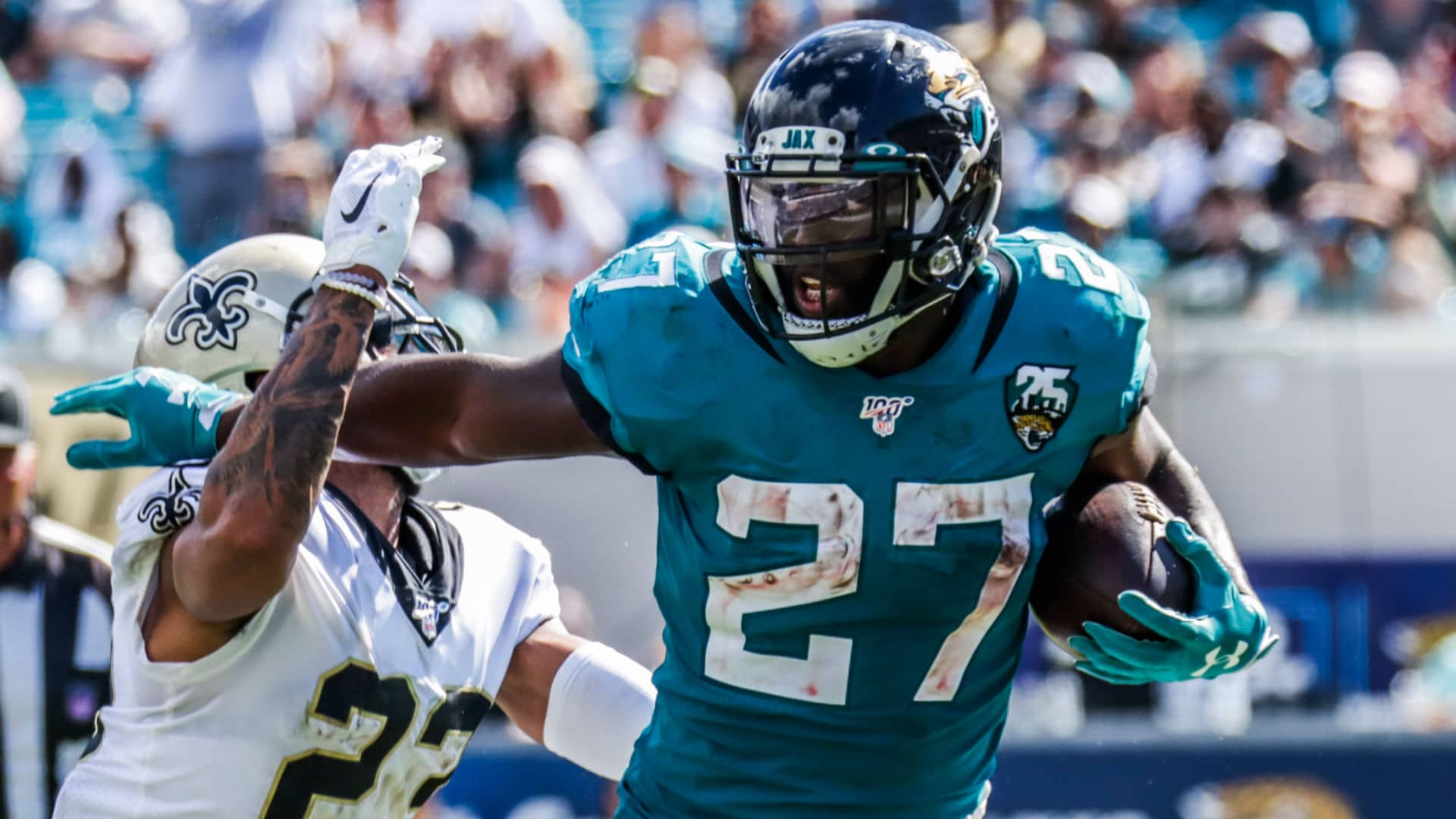 When the Jacksonville Jaguars drafted Leonard Fournette with the No. 4 pick in 2017, they thought he would be the next great running back. Three years later, while he did have some moments of greatness, he did not have enough of them. So, they let him go.

From what Jaguars head coach Doug Marrone has said, no one was willing to offer anything in trade. But that doesn’t mean no one was interested. It just means no one was foolish enough to give something up for a guy they knew they get off the waiver wire if they really wanted him.

Someone will be willing to a 25-year old, 228 lb. running back another shot. But who (odds via MyBookie.ag)?

The Saints probably made the list because of the rumored contract impasse with Alvin Kamara. They are more likely to get that settled than they are to pick up Fournette. Green Bay doesn’t need him, and neither do the Steelers.

Atlanta could use a second back to share carries with Todd Gurley if his knee starts acting up again. Fournette doesn’t seem to be a good fit into the kind of game the Eagles play. Houston doesn’t need another injury-prone running back, but it would be just like Bill O’Brien to go after him.

Washington might not be a bad spot. Ron Rivera has been known to appreciate a strong run game. With Fournette in his stable, he could have one in Washington. While Seattle loves to run the ball these days, they will not need another running back until someone gets hurt (so Week Two, maybe?).

The remaining three, though— the Bears, Patriots, and Buccaneers – could use him. Only one can have him, of course. Who will it be?

Whether its Nick Foles or Mitchell Trubisky starting at quarterback, the Bears could use a strong running game to help take pressure off the quarterback. Tarik Cohen is more of a change-of-pace, third-down guy, and David Montgomery just went down with an injury.

A solid running game could go a long way towards making life for whoever starts at quarterback for the Patriots. Adding Fournette to the group they already have would undoubtedly help.

While the Buccaneers will live and die by Tom Brady’s arm, a good run would help make sure Brady doesn’t die. Ronald Jones II was far from impressive last season, and LeSean McCoy could very well be over the hill. Fournette would give the Buccaneers another option, and from the looks of their depth chart, they could use him.

Don’t overlook the Texans (because Bill O’Brien is that foolish) or the Washington Redskins, but the safe bet is Tampa Bay. With Brady, they know they are in a ‘win now’ type of scenario. Adding a running back with Fournette’s potential could go a long way towards doing that.