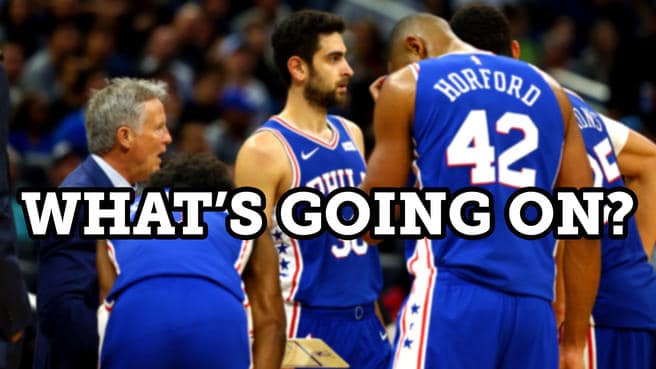 When a good, talented team like the Philadelphia 76ers gets swept in the first round of the playoffs, there is one thing that is certain—it is time for a change. Now that change could mean a few small details, broad, sweeping changes, and anything in between.

It is hard to know for sure until the offseason starts, and everyone starts to plan and make moves looking to next season. The 76ers have already made one change in firing head coach Brett Brown.

Will that be the only change? Maybe. Maybe not. But fans can bet on who the new head coach will be and a few other potential changes (odds via BetOnline.ag):

It’s easy to eliminate the longshots, at least. No one wants a coach that doesn’t value practice. As fun as it would be to see Charles Barkley on a sideline, that isn’t going to happen. After his misadventure in New York, Phil Jackson is not likely to be on anyone’s list.

Ty Lue is probably going to be everyone’s first choice. Fans in Philly have been interested in Villanova’s Jay Wright for some time, and he has expressed an interest in the NBA. Taking over a talented 76ers roster wouldn’t be a bad place to start.

However, it wouldn’t be a bad idea to stay in-house and promote Ime Udoka, either.

General manager Elton Brand has made it clear that he will not trade Joel Embiid or Ben Simmons. That does not mean he is open to trading Horford, though. It doesn’t mean he will, but the possibility is there.

If you can believe what someone in the front office says, then none of the moves that will inevitably happen in the offseason will happen. Brand says Simmons and Embiid are staying put, though. That doesn’t mean we should believe him, of course.

Since they are already almost maxed out on the salary cap, they will have to move someone if they are going to make any significant changes to the roster.

However, they could also look at the roster and say the right coach will be able to get the team clicking. All we need to do is hire the right one and then figure out how to maximize their first-round pick and four second-rounders to augment the roster.

The 76ers are an attractive team to any prospective coach. As long as they make Ty Lue an offer he can’t refuse, he’ll take the job. Look at him as your ‘safe bet’ but then consider putting money down on Ime Udoka.

As for the roster changes, don’t count on any of them happening. Horford, Simmons, and Embiid will be back next year. But if the next season ends with another early exit, don’t count on that being the case again.