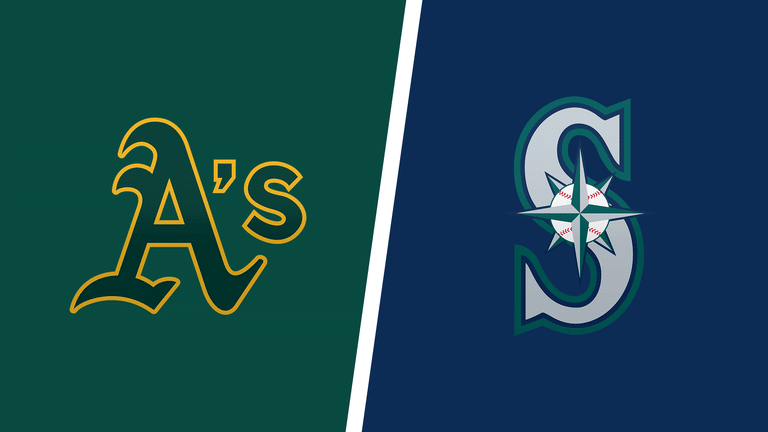 The Oakland Athletics and the Seattle Mariners are unlikely combatants for the second Wild Card spot in the American League. It isn’t the least bit surprising that the A’s are in the mix, but the Mariners were not a team with a high projection coming into the season and here they are deep in the race in late July.

We’ll see which team draws first blood in the four-game weekend series at T-Mobile Park between the A’s and M’s. The Mariners moved Chris Flexen back a day to line him up at home against Oakland instead of on the road in Colorado. I’ll tell you why in a minute. The A’s will counter with Sean Manaea and are a clear -140 favorite with a total of 8 at most online sportsbooks.

The MLB schedule has been a little bit quirky over the last few seasons. Of course COVID-19 was the root cause last season, but it still takes some getting used to in terms of teams having Wednesdays off. The A’s were one of two teams that had Wednesday off in preparation for this series against Seattle after playing an also quirky Tuesday day game against the Angels.

Oakland went into the off day three games ahead of the Mariners and picked up another half game with Seattle’s loss at Colorado. The lead for that second Wild Card spot is 3.5 over the Mariners and the A’s trail the Tampa Bay Rays by 2.5 games in the quest to be the home team in that winner-take-all one-game playoff round.

The Athletics have a solid offense, one that grades better on the road with a .320 wOBA, but offensive production has been pretty hard to come by in Seattle ever since T-Mobile Park opened. Even the humidor hasn’t created a better offensive environment. Still, the A’s rank just outside the top five in wOBA on the road while being just outside the bottom five at home at .305.

With the park adjustment, the A’s are actually better than league average at home, which is crazy to think about, given how much of a home bias there has been in the offensive numbers around the league this season.

We’ll see if Oakland can give Sean Manaea some run support here, but if the southpaw keeps pitching the way he has, he won’t need much of it. Manaea has a 3.28 ERA with a 3.36 FIP in his 109.2 innings of work this season. Manaea’s performance has been great, but most importantly, he has stayed healthy for Oakland. After only pitching 83.2 innings over 2019-20, we do worry about some fatigue, but he seems to be in tip-top shape for now with over a strikeout per inning and strong peripherals across the board.

Flexen is actually locked into a nice, little groove right now. The right-hander who pitched in the KBO last season, has only allowed nine runs on 34 hits in his last 45.2 innings with 32 strikeouts against nine walks. That .242 BABIP and his 87.6% LOB% are both areas we’d look at for some regression. The arbitrary start date here was June 9, which was actually his first start after allowing five runs on seven hits in a home start against the A’s. It is one of the few bad home starts he has had.

The Mariners offense is pretty middle of the pack on the road, but it is nowhere near that level at home. In fact, Seattle is dead last in a lot of offensive categories at home, including, but not limited to, wOBA and SLG. The Mariners entered play on Wednesday 17 points lower than any other team in home wOBA, so it has not gone well at T-Mobile Park at all.

Seattle has been living on an unsustainably good run of plate appearances with men in scoring position for much of the season. They’re also 20-8 in one-run games. They’ve been badly outscored on the season and are one of the biggest outliers in Pythagorean Win-Loss and BaseRuns record.

There are so many stats for the Mariners that just don’t make much sense. Nobody projected a top-five bullpen, let alone one that has led MLB in fWAR for a good portion of the season. Seattle is 27th in wOBA against LHP, but 20-13 in games started by a lefty. So much doesn’t make sense.

With that in mind, they’re a fade team on a day-by-day basis when any matchup looks to favor the other team. This one does. The A’s are the pick today.