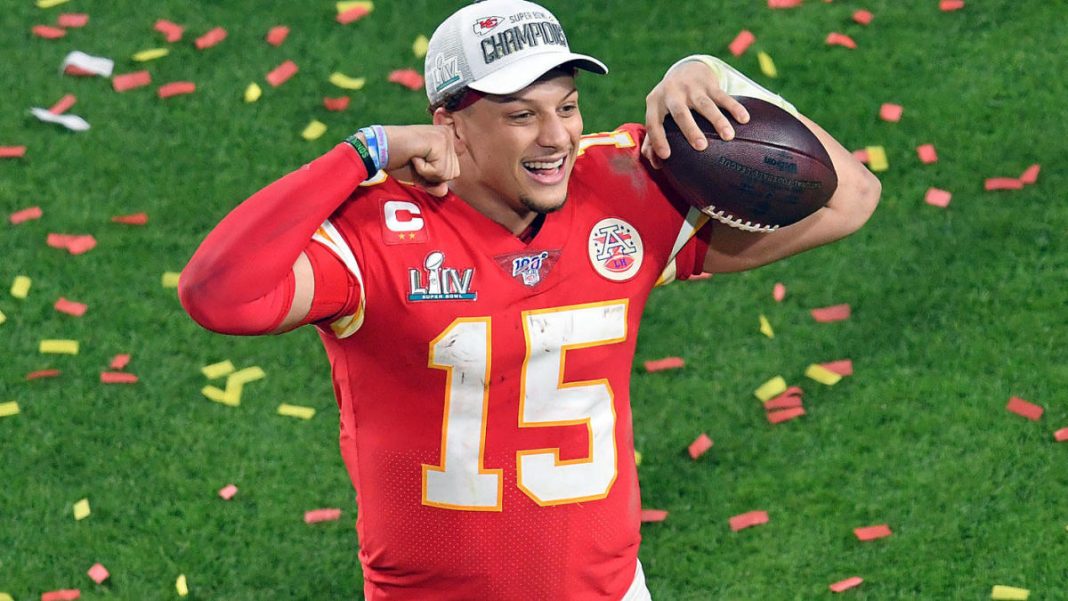 Along with the two years left on his rookie deal, he will make upwards of $503 million over the next 12 years. But what can Kansas City Chiefs fans expect in return? Will the Chiefs get their money’s worth?

How many Super Bowls can the team win during his contract (odds via MyBookie.ag)?

According to those odds, there’s a 58.33 percent chance of covering the over and 50 to hit the under. So, sportsbooks are saying it could go either way but that they are leaning towards the over.

Before getting too excited, Mahomes fans need to put that number into perspective. In Super Bowl history, only four quarterbacks have won three Super Bowls in a ten-year span— Terry Bradshaw (4), Joe Montana (4), Troy Aikman (3), and Tom Brady (who did it twice).

So, for the over to get covered, he will need to join a rather elite club. Are we ready to do so after just two seasons as a starting quarterback? Yes, they were two phenomenal seasons, one that resulted in him winning MVP and the other a Super Bowl (and SB MVP).

Thirteen quarterbacks, including Mahomes, have done the same throughout their entire careers (won MVP and Super Bowl MVP). Nine of them are already in the Hall of Fame, and the other three will be as soon as they are eligible (Tom Brady, Peyton Manning, and Aaron Rodgers).

When a player can already be included in such an elite company after just three seasons (and only two as the starter), he must be a generational player.

However, football is a team sport. Yes, the success of the offense hinges on Mahomes. But he still needs an offensive line that can block and guys capable of catching his passes. Those guys (like Travis Kelce and Tyreek Hill), if they happen to be good at what they do, will need to get paid as well.

Then there is the defense to consider (i.e., Chris Jones).

Guys are going to get older and lose their game. Some could retire. If the team cannot pay them what they feel they are worth, someone else probably will. When those things happen, will he be good enough to lift up whoever the team gets to fill the void?

Tom Brady has made a career of it. But if we assume Mahomes can do what Brady has done, we are equating Mahomes’ game to arguably the greatest quarterback to ever play the game– after two years as the starter.

Mahomes is an incredible talent, but he is going to need talent to work with. With how much the Chiefs will be paying Mahomes, they are not going to hold onto everyone. While he has looked great so far, it is a little early to assume he is on par with one of the game’s greats.

Besides, at those odds, the bet is practically a coin flip. So, you might as well go with the option that allows you to win more money.