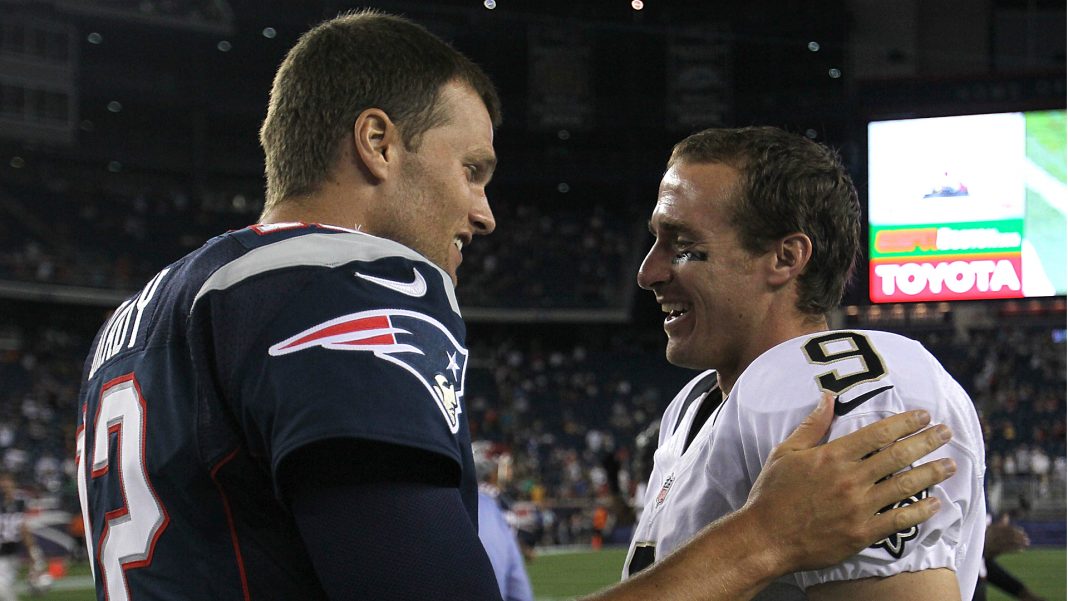 Now it will be about whether Tom Brady can take control of the NFC South; that and the record books.

The game Sunday night, which has the Bucs favored by 4.5, will be decided by much more than just the play of its two superstar quarterbacks. For those so inclined, BetOnline.ag is offering several prop bets:

If the Saints win the game, then the answer is a definite yes. They would become the division leaders, but their lead over the Bucs would be small. However, should they finish with identical records, the Saints would hold the tiebreaker.

But if Tampa Bay wins, the division will still be up in the air. They will have the lead, and their division records would be identical, but there will be too much football left to play to call either team the winner.

When it comes to yards, the Saints generate more in the passing and run game, but the difference is minimal in both. However, when it comes to points, the Buccaneers are averaging about 1.5 points more than the Saints. But Brady and the Bucs are scoring more via the passing game.

Brady has 20 passing touchdowns in eight games; Brees has 13 in seven.

Brees may catch up if/when he gets Michael Thomas back in the line-up.  But for now, it looks like Brady is going to run away with this one.

Brees will need to have a great game if the Saints are going to win this game, but only the Falcons defense is giving up more touchdowns against the pass (19) than his. Tampa Bay, on the other hand, has given up just 11.

New Orleans won the game in Week One, but Tom Brady and the Buccaneers offense is playing much better now than they did then—which is likely why the Bucs are favored to win the game. But if they win, they will not be in the driver’s seat to win the division.

‘Yes’ is not a bad bet, but since ‘No’ appears to be just as likely and has a better payout, take ‘No.’

As for the three Brady/Brees prop bets, take Brady for all three. He has a much better arsenal than Brees does, and his offense appears more in-sync than Brees and the Saints.